Mat Maari is a fun-filled number from R…Rajkumar featuring the lead couple Shahid Kapoor and Sonakshi Sinha at their rowdy best. Sung by Kunal Ganjawala and Sunidhi Chauhan, the song is very colorful and has Shahid and Sonakshi doing some fun moves. 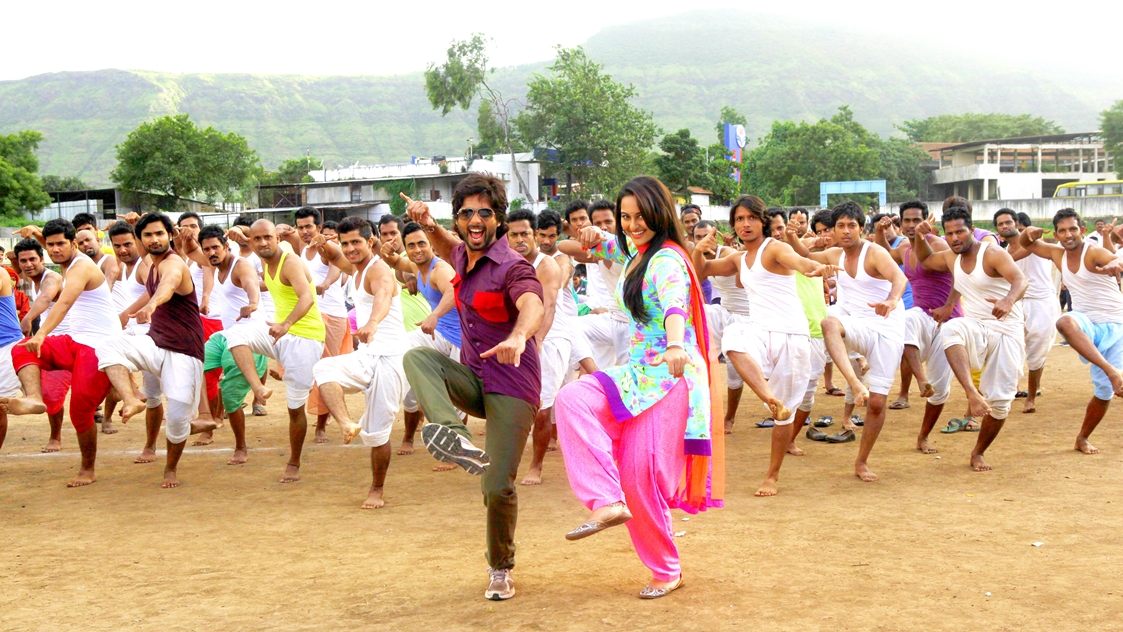 Penned by Ashish Pandit, the music of the film has been composed by Pritam. Presented by Eros International and Next Gen Films, ‘R…Rajkumar’ is directed by Prabhu Dheva and produced by Sunil Lulla and Viki Rajani. The film is slated to release on the 6th of December, 2013. Be sure to check it out!