The first look poster of the Dimple Kapadia starrer ‘What The Fish’ was revealed and has been very well received. The movie stars Dimple Kapadia, Manjot Singh, Sumit Suri and Anand Tiwari. 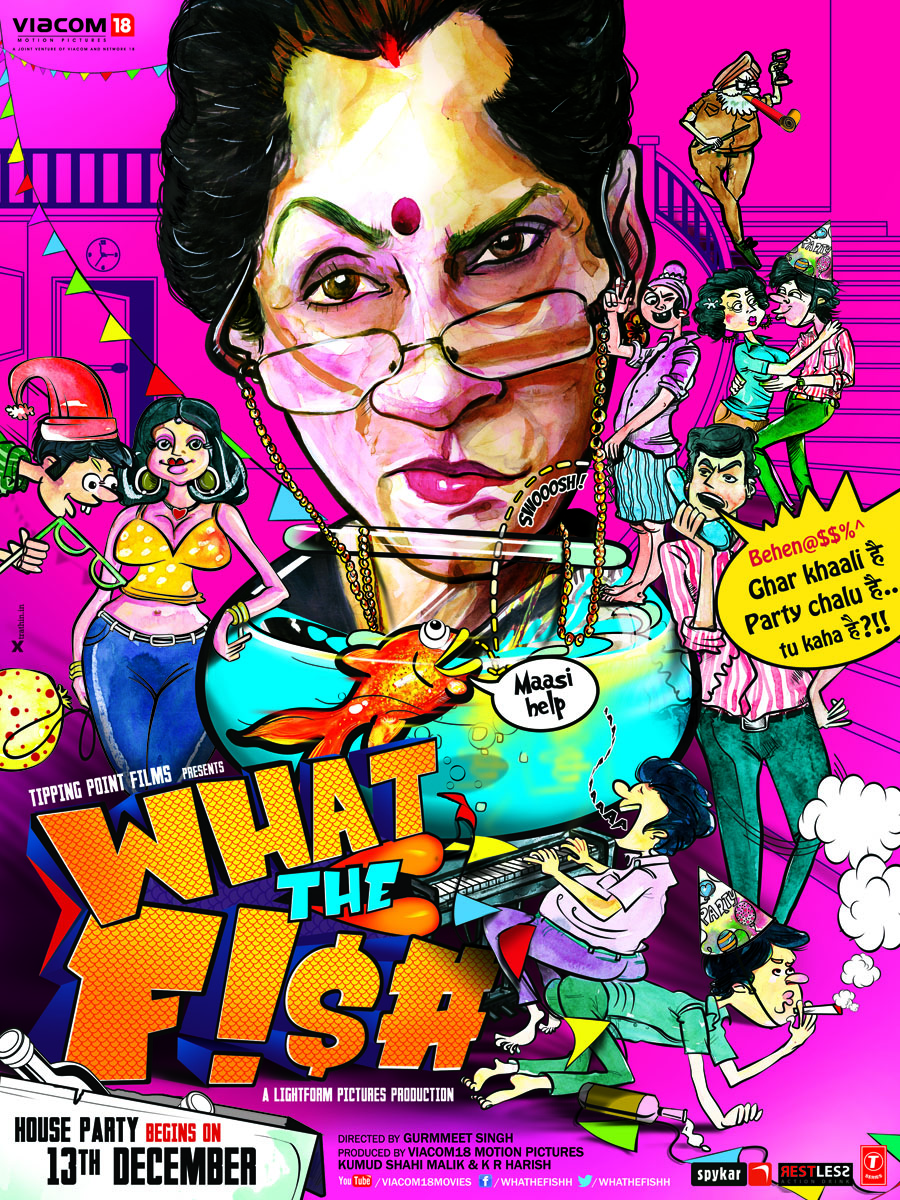 The poster is edgy and gives a glimpse into the laugh riot the movie is going to be. Apart from having a caricature of Dimple Kapadia who plays a protagonist in the film, the poster also has sketches of other characters of the film, doing what they are best at. The caricature look of the poster gives a feel of the famous cartoonist Mario Miranda’s work. This movie seems to revolve around Dimple’s character, filled with many hilarious characters and twists in the tale. The fish in the middle makes it amply clear that something is definitely fishy here.

Produced by Viacom 18 Pictures and directed by Gurmmeet Singh, What The Fish is slated to release on the 13th of December. Keep it locked on Urban Asian for more updates on What the Fish!