E3NA Records are proud to present the brand new single ‘Pardesia’ taken from the new album ‘Legacy’ by Kuldip Qadir. ‘Pardesia’ is set to release worldwide November 12th 2013 via iTunes!

Classically trained singer Qadir got back in the studio along with his nephew and music producer Mixman Shawn to compile the album titled ‘Legacy’. Both have brought the best of their talent to the table to create something fresh by fusing traditional lyrics and vocals of Qadir with the electro pop beats of Shawn. The album consists of 8 very carefully picked songs, which will truly blow you away. ‘Pardesia’ will be the first single from the album that will be out on November 12, 2013. The video for ‘Pardesia’ was shot on the beautiful coast of California USA. 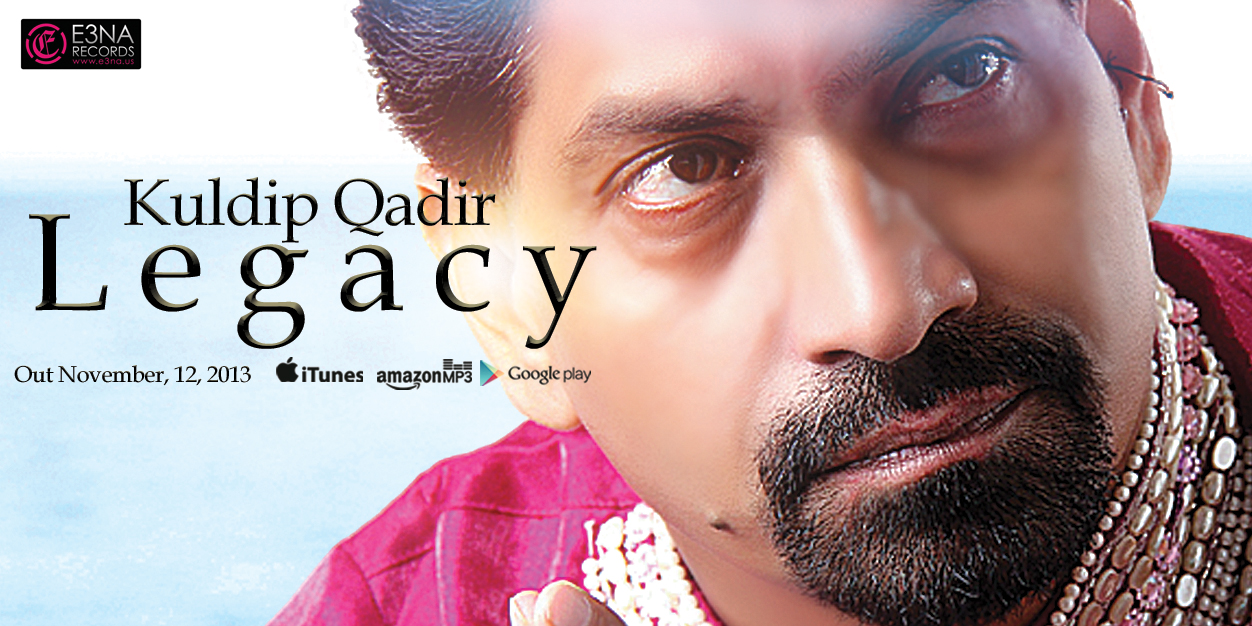 Mixman Shawn introduced Qadir to western audience with ‘Mahia’ back in February 2010. ‘Mahia’ was very well received by the global audience. In contrary, Mixman was introduced to music by Kuldip Qadir at very early age. Mixman accompanied Qadir to shows, where he soaked up the energetic buzz of live performance and love for music. ‘Pardesia’ is set to release on November 12th 2013 via E3NA Records worldwide. This product has been licensed from Diamond Lane Records.