The stars of the upcoming Bollywood comedy BESHARAM took New York City by storm on Monday, September 23, at a press conference for the film’s release which was held in the Grand Ballroom of the Consulate General of India. It was standing room only as members of the South Asian and American mainstream media interacted with the First Family of Bollywood – the Kapoors.

Check out our interview with Monty and what he had to say about the film and more!

Lead actor Ranbir Kapoor, the fastest-rising star in Indian cinema today, was front and center and joined by his legendary parents Rishi Kapoor and Neetu Kapoor who also star in the film. BESHARAM marks the first motion picture which the three popular actors from two generations star in together.

Joining the Kapoors was actress Pallavi Sharda and producer Himanshu Mehra along with top executives from Reliance Entertainment – CEO Sanjeev Lamba and COO Mahesh Ramanathan. Reliance releases BESHARAM in theaters worldwide on Wednesday, October 2, in what will be one of the largest global releases ever for a Hindi film including an unprecedented 200 theaters across North America. 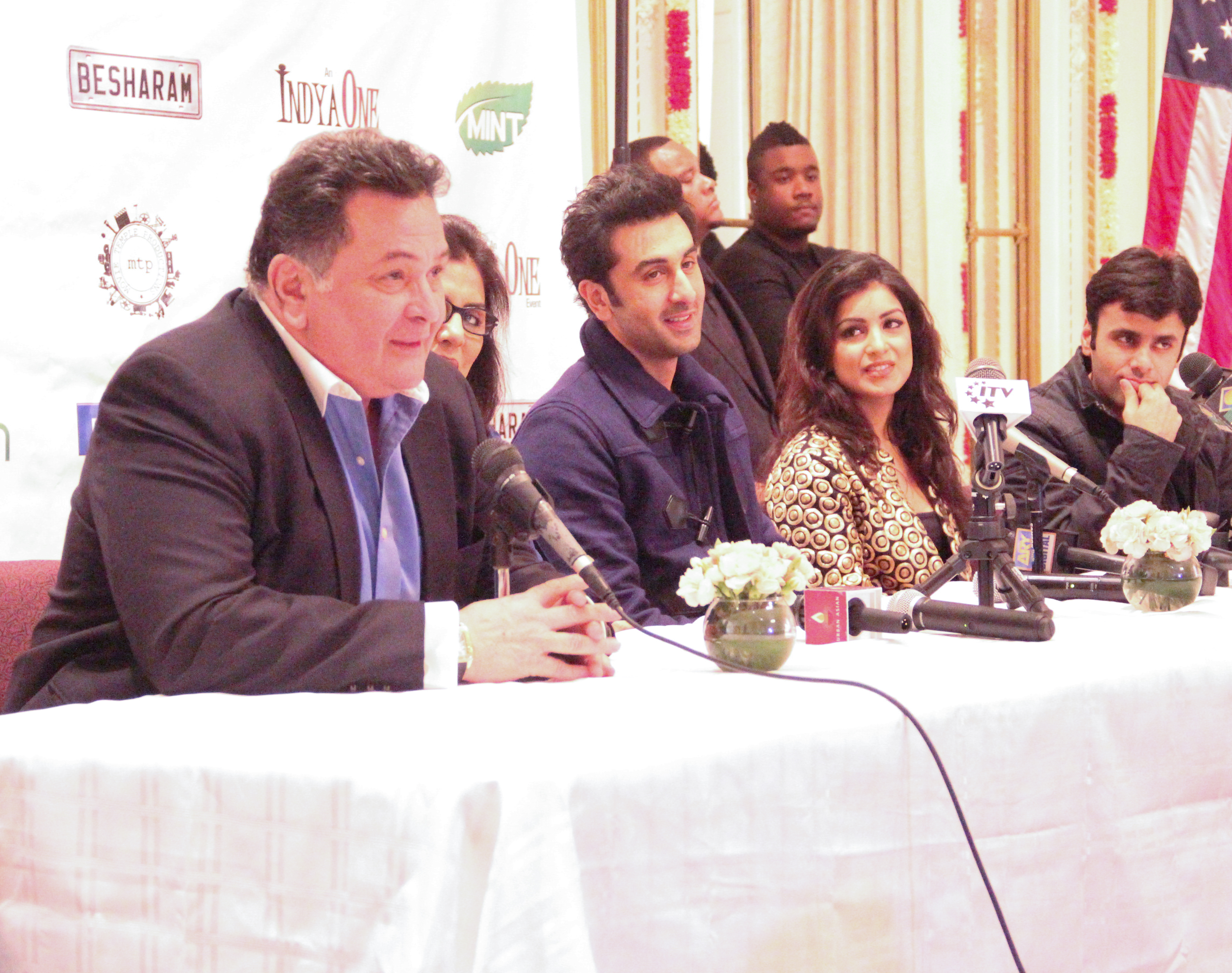 Ranbir, who studied acting in New York at the School of Visual Arts and the prestigious Lee Strasberg Institute, was overjoyed to be back in one of his favorite cities in the world. The cast answered numerous questions from the media about both their new project BESHARAM as well as the many past hits from the Kapoor family with Rishi sharing personal stories of working with his iconic father Raj Kapoor. Ranbir, when asked who has been his favorite actress to work with, said without hesitation that it was his mother.

Be sure to check out the film out this weekend!