The trailer of R… Rajkumar has created quite a storm among the masses with over 3 million views on the video, already! Pretty impressive! While the cast is enjoying the praises, they are also working hard to shoot the climax of this high-on-action romantic comedy.
Touted to have Prabhu Dheva’s mass appeal, the trailer has managed to strike the right chord with the audience. Talking about the successful trailer launch, Director Prabhu Dheva says,

“We are glad that the trailer has been well received and are looking forward to the enthusiasm continuing till the release of the film, and even after!”

Well we all know anything this dance master does becomes a huge hit! We can’t blame them and him for this many views now can we! It’s a hit! 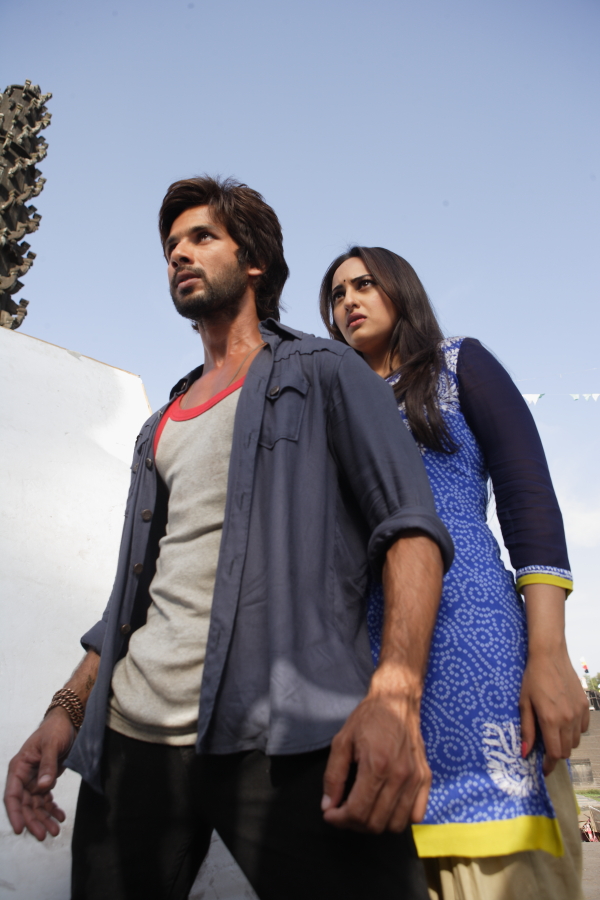 It’s also said that the climax involves grueling action-sequences between the hero and the villain of the film- Shahid Kapoor and Sonu Sood. While the actors are going through rigorous training sessions for the climax, they are trying their best to look out for each other. Shahid and Sonu are extra-cautious about not hurting each other, even accidentally, while maintaining the authenticity and conviction of the characters.

“Filmmaking becomes easier, when the actors enjoy a fun equation among themselves. In R…Rajkumar, we have been lucky to have just that.”

Directed by Prabhu Dheva, ‘R…Rajkumar’ stars Shahid Kapoor, Sonakshi Sinha and Sonu Sood. The film is produced by Sunil Lulla and Viki Rajani and is schedule to release on the 6th of December.