As time moves ahead, new tastes develop. The artist meets another opportunity to step outside of their comfort zone and to cater for a new generation, entering a fresh playing ground that evolves them to the next stage of their delivery. ‘Sunn Dilruba’ captures the journey of Nabz: from an aspiring artist, to a thriving band member, to a solo artist ready to launch!

Smooth yet edgy, gentle yet urban, romantic yet hard-hitting – all of these elements effortlessly blend together to encapsulate the essence of ‘Sunn Dilruba,’ a song which seeks to mark progress whilst maintaining a connection. This is the first solo project to be released by Nabz, former member of British Asian pop band NRG who released their last title ‘Progression’ in 2012; an eight-track album also produced by their long-standing collaborator Kami K.

“After being part of a successful band for over a decade, going solo is a big shift, both in terms of mindset and responsibility. I have learned a lot from the transition and I’m looking forward to this next stage of my career. I am working harder than ever because I have a lot more to prove – let’s just hope the audiences stay with me on this one!” – Nabz

The track features the popular Drilla Kid, who lives up to the expectations his audiences have come to build from him, delivering yet another verse which is real, raw and meaningful. Produced by the respected veteran Kami K, he has again added another string to his bow of versatility and his fans are sure to be delighted to hear the evidence of his constant strive for a fresh sound. 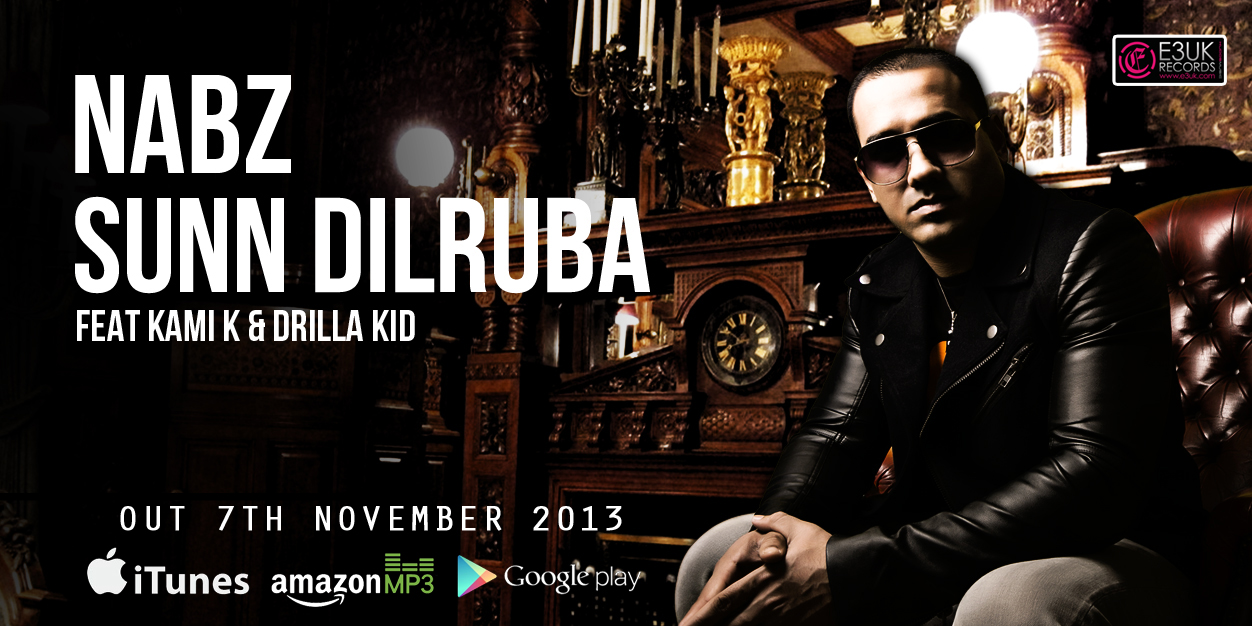 ‘Sunn Dilruba’ will be available to purchase on iTunes and all good digital distributors worldwide via E3UK Records on 7th of November 2013.