As many of us love watching TV and soaps, especially our parents! We love interviewing soap stars because well many actors started of in the TV world. I had the chance to sit down with the one and only Ravish Desai who has made his way into Bollywood a few years ago. Working at big corporate companies and a MBA graduate, Ravish decided to go into acting as it was his passion. Not only did he land a lead deal in a major soap show on Star Plus but he has done over 50 commercial ads with some well known superstars. From Shahid Kapoor and ASIN to Ranbir Kapoor. Well, we sat down with Ravish and we asked him about his journey and his likes, his dislikes and more! Here is our interview with the Soap Star from the show “Mere Bhabi” on Star Plus. He has become so popular now that his fans have called him “RavishHolic.”

Urban Asian Thanks for taking the time to speak with UA. What made you go into acting?

Ravish Desai: The pleasure is all mine :-).Well acting just happened. Not something that was ever planned. As a kid I always had this fascination towards films, they have always inspired me to get to a greater life. I remember I would always act scenes after watching movies, do fight sequences with my friends with the same passion and intensity lol..but so many of our dreams jus fade away when we grow up. Maybe destiny had something planned for me. I was living a very monotonous life working 9-6 with a rIsk consultancy firm. It was in 2010 that I happen to watch 3 idiots about 6 times in the theater back to back and I haven’t looked back since then. That movie changed my life and that’s how I got into acting.

Urban Asian: You are now playing a major role in the new show Meri Bhabi – how has that experience been so far? Did you always want to take role part playing in the soap and TV world or were you only looking to do roles in Films?

Ravish Desai: My passion is only films but having said that television is one of the greatest learning sources that an actor can have and the best part is ur being paid for that. : -)

Urban Asian :If you weren’t acting what other profession would you have chosen to do?

Ravish Desai: I would have most definitely been doing something related to cricket.I love that game.

Urban Asian:  Communication with fans has change in the media world today, being so connected to your fans with feedback and support is crucial. How does it feel today to get the response you are getting?

Ravish Desai: It feels awesome. We all wanna be loved as human beings so it jus fills my heart with so much gratitude that I couldn’t express that in words. To be honest it’s the love and support of the audience that makes us so lovable and famous. Also you tend to look at things from a different perspective as in when people criticize you as well.

Urban Asian: Which actors do you look up to and who would you love to lead role play with (female co-host) if given the opportunity?

Ravish Desai: I have always looked up to actors who are tremendously expressive. Of course Kareena Kapoor is right on top of my list. I’d love to share screen with her someday 🙂 Kajol and Juhi Chawla are on my wish list as well.

Urban Asian: What can we expect from you in 2014, any upcoming projects?

Ravish Desai: Well as of now Horror Story has jus released and television is going on parallel.  I am taking one day at a time. I am reading a lot of scripts for fIlms to make sure I pick the right one. Hopefully I’ll do a solo next.

Ravish Desai: The all clear commercial with Shahid and Asin was one of very first big campaign. I was quite nervous then It was a great experience working with both of them. They were both very kind and helpful as in when we shot together. Shahid is a rockstar 🙂 I’ve always looked up to Ranbir he is one of the most talented actors we have today. And it just made it worth the while taking him in his own game. 😉

Urban Asian: Being a Gujarati, there are very few Gujarati actors in the Bollywood Industry. Many Gujarati families want kids to become a doctor or lawyer, what prompt you to become an actor?

Ravish Desai: Well my family has always been very supportive of everything I have chosen to do and considering that I had completed my post graduation (MBA, Finance) they were okay with me giving something different a shot and God willing it happened. So they are quite contented with the way things are going. So far so good and as I said when things are meant to be the universe will push you into it, provided your hard working, sincere and honest towards your greatest goals.

Urban Asian:  Lastly, what does Ravish like to do in his spare time when he is not acting or reading lines?

Ravish Desai: I love to read books, I need music in my ears all the time and I am a fitness freak so you will find me in the gym if not anywhere else.

Here are some questions also from your fans!

Fan Question: Maria asked how your life partner should be?

Fan Question: How was it like working with Vikram Bhatt in Horror Story?

Ravish Desai: It was the greatest experience working with Vikram sir whose been around for about 20 years now there Is so much to learn from that man. I’ve always looked up to him as a person and it made it even special coz he directed one of my fav films “Ghulam” with Aamir Khan. It was just amazing to have begun my film career with him.

Fan Question: What were some fun times when working on the film and set?

Ravish Desai: Oh the entire cast of the film we had a ball shooting. All the boys are into fitness so we would cycle together after pack up. While shooting we would always have someone playing pranks at the so called haunted location. On Meri Bhabhi set we are a laughing riot especially when I have scenes with my mother Kamini , Dad Purushottam and Sister Kittu. 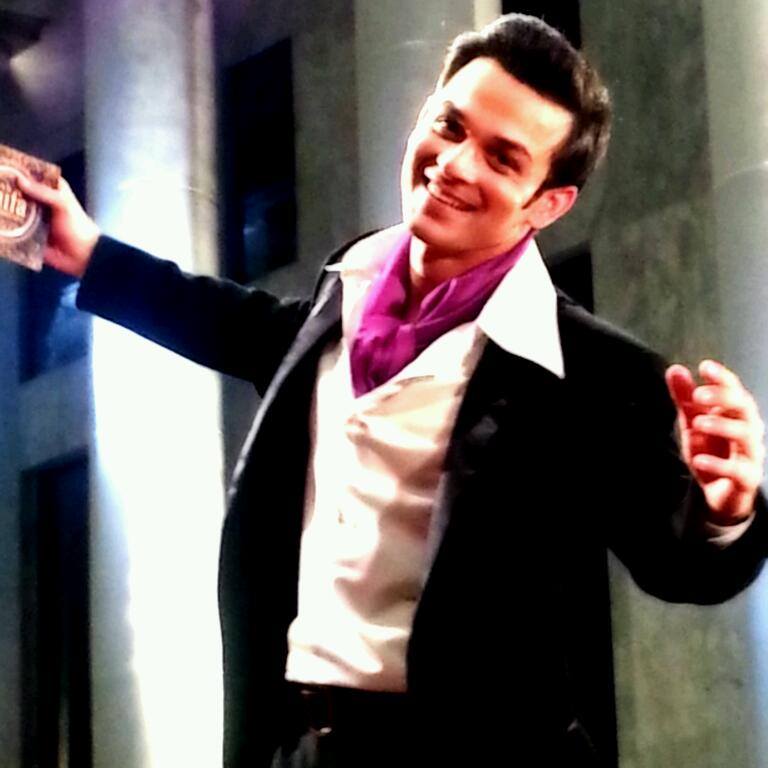 Fan Question: Sania asked to rate the difficulty in memorizing dialogues on a scale of 5?

Ravish Desai: Once your into the character lines don’t take much of time. I’d rate it 2 for monologue and long lines at times.

Fan Question:What is your favorite sport?

Ravish Desai: You have a Dream, You gotta protect it.

Fan Question: Describe yourself in 3 words.

Fan Question: Krutika asked “What are your worse fears in life?

Fan Question: Shilpa asked what turns you off?

Urban Asian: Thanks for speaking to us at Urban Asian!
Ravish Desai: No thank you!

Be sure to check out Ravish Desai on his soap show and follow him on @iamravishdesai!