Michael Jackson’s ‘This Is It’ held the Guinness World Record for being the largest poster in the world. Akshay Kumar’s upcoming film, Boss, breaks the record now and has held the first place next to MJ’S poster! Pretty Impressive for some major art work if you asks us! 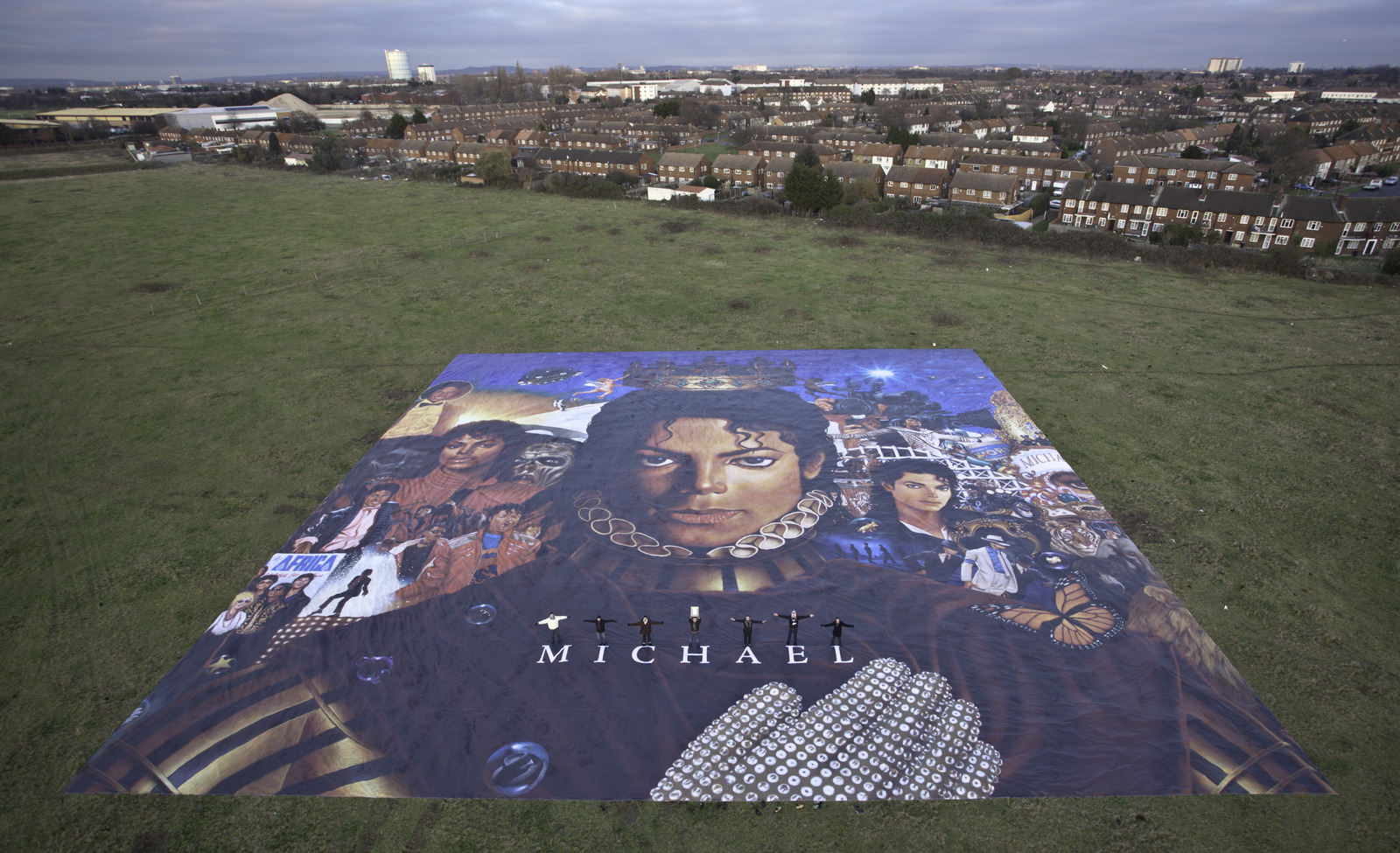 For his upcoming film ‘Boss’, his fans who call themselves ‘Team Akshay,’ swung into action and managed to create a special poster for his film (size 58.87m wide and 54.94m high) that turned out to be the largest in the world. The poster was unveiled on October 3 and finds a mention on the Guinness World Records website. Special event has been planned in Mumbai on 15th Oct 2013, where all Akshay Kumar fans are invited to launch the poster, the event will also see the Guinness World Record officials handing over the certificate to the Boss. 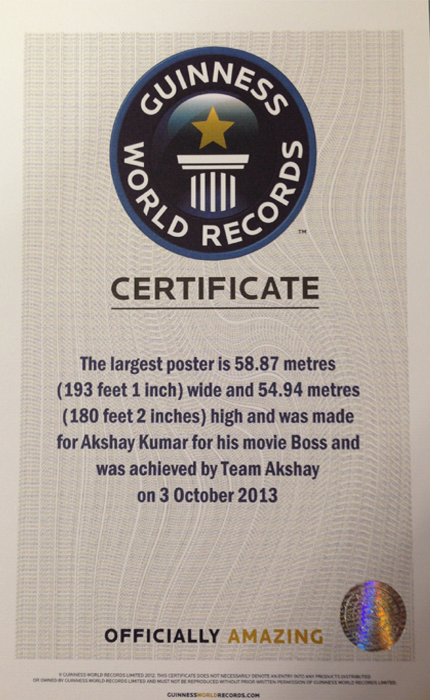 The official certification for the same was done in the UK itself and the Boss poster also finds a mention on the official Guinness website.,

“It’s a matter of honor. I thank everyone who made this possible.” – Akshay Kumar.

Boss is an action comedy, produced by Viacom18 Motion Pictures, Cape of good films and Ashwin Varde Productions. Boss is scheduled to release on 16th October which comes out this upcoming weekend! Well done to the team of Boss!