Surprise Surprise! The three are back after 10 years! VIP’s were out in force to witness the reunion of the three biggest music icons that the UK has ever produced! Jay Sean, Juggy D and Rishi Rich gathered with 100’s of family and friends to celebrate 10 years of the Rishi Rich Project at a secret venue in the heart of London’s West End.

The Rishi Rich Project made huge noise back in the early noughties with the hit single ‘Dance With You’ (Tere Naal Nachna) that reached number 12 in the official UK charts in 2003 paving the way and inspiring numerous other Asian artists to reach into the mainstream music market. 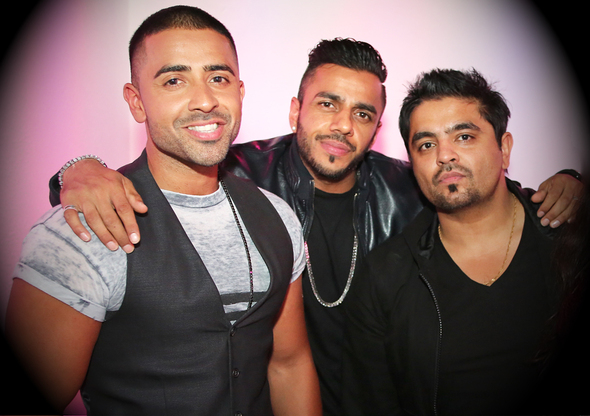 Rishi says of the adventure:

“It’s been one hell of a ride and It’s amazing being back with Jay and Juggy. We’re now working on some new tracks for the UK as well as some stuff for India and the US. Good vibes!”

“It’s so brilliant being back in the studio with my brothers. We knew we had to celebrate RRP style and throw a party to mark the 10 years since we first entered the national charts. It was a perfect evening spent with family, friends and some industry people too”.

The party rocked into the early hours with ‘Panjabi Hit Squad’ behind the decks as well as the original Rishi Rich Project DJ ‘Mr Mak’ and ended up with the RRP trio randomly taking to the stage to deliver a live rendition of Dance With You followed by Don Dee and Juggy D singing another huge hit ‘Nahin Jeena’.

Juggy summed up the event:

“Fantastic evening! We’ve all had an amazing ten years both together and individually, It was inevitable that we were gonna get back together and what better way to announce our reunion than on our 10year anniversary. We are grateful for all the support that we have had over the years and thanks to everyone who attended”.

The team at ExclusiveCakes4U provided a delicious three-tier cake adorned with images of the stars and sparklers to conclude the evening.

Guests on the night included Mentor, Ameet Chana, Preeya Kalidas, Annie Khalid, Ash King, Raj & Pablo, Radio 1 DJ Nihal, Corrie from Damage, H Dhami, Navin Kundra, Tasmin Lucia-Khan, Radio LDN’s Sunny & Shay, Madhu of Signature Dancers, Abbas Hasan, Kanika Kapoor, Alan Sampson, Jags Klimax and a host of others! So the question now is, what exactly are these three boys up too? Will they be able to bring the flavor they brought 10 years ago? We sure think so! Stay tuned for the comeback of the Rishi Rich Project!