Jaaved Jaaferi started his career as a villain in Meri Jung, but he has found a lot of success in comedies. His latest film is a war comedy called War Chhod Na Yaar. In this film, Jaaved plays a soldier alongside Sharman Joshi who plays the protagonist in the film.
Jaaved says,

“I don’t know whether it’s a compliment or an insult when people say you are doing a lot of comedies. An actor’s job is to merge with the role that he is playing whether it’s a comedy or a serious one. I think comedy is also a very serious business. Sharman’s comic timing is really good but he’s also a serious actor. I think if you find it easy to perform in comedy roles then you can perform serious roles too easily”. 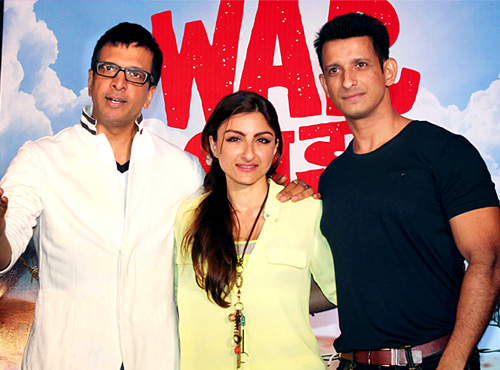 War Chhod Na Yaar is a film that looks at war through a comic angle. Faraz Haider, the director and screenwriter of the film, aims to send a message to the audience that wars are not beneficial to anyone, they only cause harm. The film is produced by AOPL Entertainment.