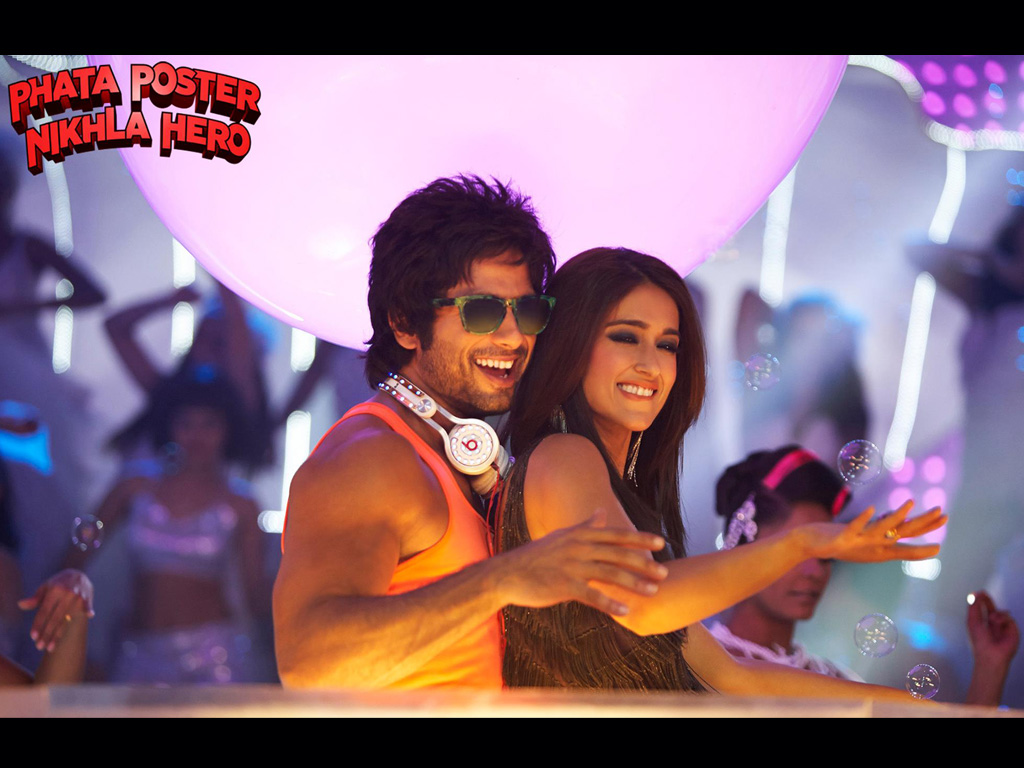 This past weekend was opening weekend for Shahid Kapoor’s newest film Phata Poster Nikla Hero. As most of you probably passed on this film in favor of enjoying one of the last few weekends of summer, I took it upon myself to share my always biased review:

Trailers can make or break a movie. This is why I can’t begin to fathom who approved the rubbish trailer that released in advance of this film. In addition to picking the least memorable songs, the trailer does a stand-up job of painting the movie as a Dabangg clone (which it most certainly is not). Even I, with my almost non existent standard for bollywood films, was thinking of passing on this movie. Thankfully, I had faith in Shahid Kapoor (as should you) and I went anyways.

Without giving away too much of the plot this movie focuses on Vishwas Rao (Shahid Kapoor) and his lifelong dream of becoming a hero (Film hero, not real life). Throughout the movie we are taken on an adventure full of Vishwas’s filmi heroics and comedic misunderstandings in the process of living his dream. As expected Shahid brings his A game to multiple dance numbers – including an impressive number in some skinny jeans (hashtag skinnyjeanwinning). Ileana D’Cruz is wow! (what else can I say?) Music is a on par with previous Pritam productions. Cinematography is not as scenic as other movies such as Jab Tak Hai Jaan but this film doesn’t suffer from the modern/traditional blend job that seems to be present in most newer films. The intermission isn’t as dramatic as it could be and the conflict is very predictable but if you set aside expectations for an oscar winning screen play and go for some clean wholesome masala entertainment you will get what you paid for. I give this film a “Dishoom Dishoom!”