Just as Bigg Boss brings in weirdos like Dolly Bindra and Pooja Misrra, or pansies like Imam Siddique and VJ Andy every year, it seems they’ve now added a new category to the show – cry babies. Yep, not surprised at all are you? Considering the fact that Bigg Boss is not such a easy game to play around with. After having Aashka Goradia cry buckets on the show last year, Season 7’s aunty contestant Anita Advani who claims to be late Bollywood superstar Rajesh Khanna’s ex, has started shedding tears at the drop of a hat, and sometimes for no reason at all.

Coincidently, a while ago, her publicist was none other than Bigg Boss specialist Dale Bhagwagar, who has handled some of the reality show’s most controversial contestants. We checked with Dale why he hasn’t reacted to Advani’s tears and realized the publicist isn’t working for Advani during Bigg Boss. The PR guru had himself received an offer for being a contestant on the show this year, which too he has chosen to skip. 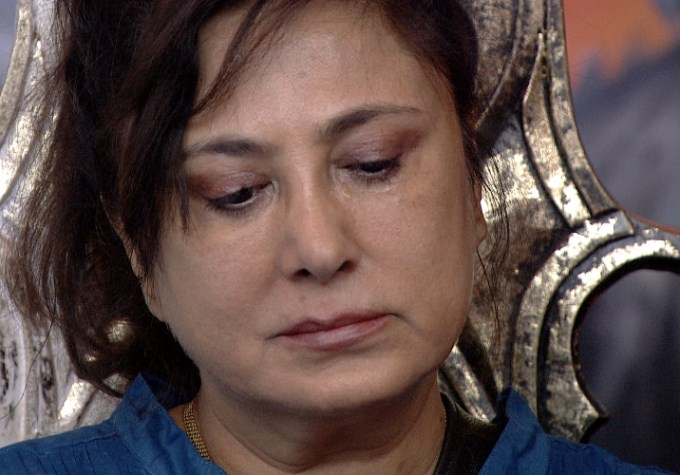 Meanwhile, citing a source from the channel, IANS has reported that Advani is being quite a dampener, with housemates calling her a “fake”.The report adds that apparently Armaan Kohli, Apoorva Agnihotri, Pratyusha Banerjee and Kamya Punjabi even got together and criticized Advani for being a misfit introvert who is not making friends in the house.