In a time when the sole criteria of judging a film is a collection of 100 crores at the box office, Madras Cafe is openly throwing a challenge at the audience to embrace cinema which is not only entertaining but also rational and meaningful. Before the release of the film when John Abraham was asked if his film is looking to enter the 100 Crore club, the actor was clear in his vision that he was more interested in making good cinema, than entering any clubs.

While it is assumed that all that the audience want is larger than life action sequences or overly dramatic comedies, Madras Cafe has paid a huge respect to the audience who are actually capable of appreciating intelligent films. 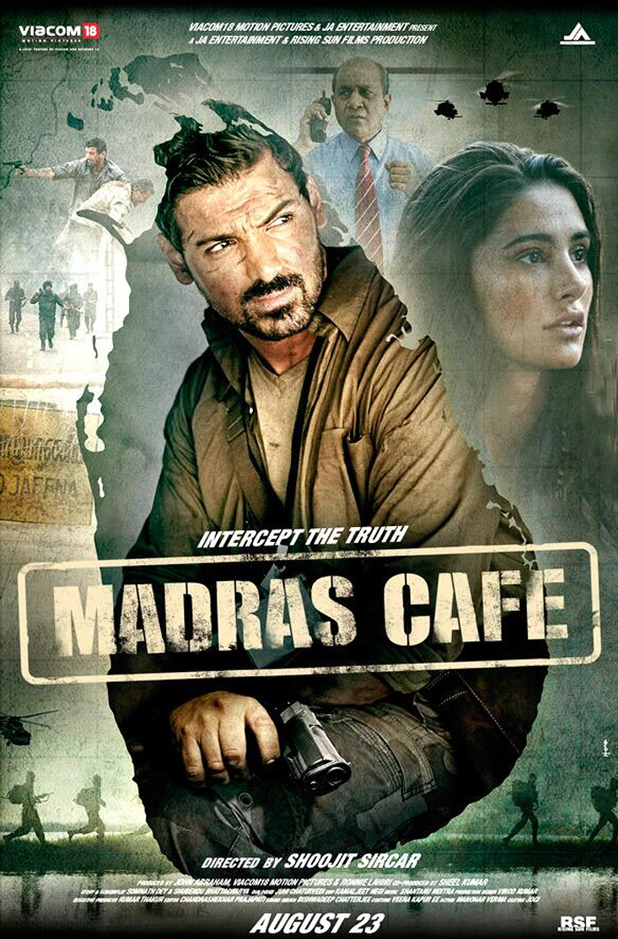 Madras Cafe had a slow opening in its first week of release but the film has picked up really well in the second week. Set against the backdrop of the Sri Lankan Civil War of the 1980s, the film is a sincere attempt to take its audience closer to the reality of the Indian political history. The film has not yet released in Tamil Nadu as it is still facing resistance from Tamil activist groups in the state have alleged that the film shows the LTTE in bad light.

The actor and producer John Abraham feels that the film will appeal to both the youngsters as well as the adults because it talks about violence and terrorism which affect our lives equally.

“I just feel that there are good films, there are bad films and then there is Madras Cafe. I feel that everyone should see the film so that they know what happened in India that changed the political history.”

Madras Cafe is doing well not only in India but overseas as well. The producer and actor John Abraham is very pleased with the performance of the film and tweeted that “I thank my audience for accepting the cinema my director and I have envisaged. The response has been phenomenal and humbling. Thank you”

One of India’s most successful directors, Karan Johar tweeted

“Madras Cafe is intelligent, well intentioned, spectacularly shot and edge of the seat!! A proud film in every department!!! Superb”

“Madras Cafe is zooming upwards. Not just multiplexes of urban centers, even single screens have witnessed an upswing in business.”

“Madras Cafe is a wonderfully executed film” Madras Cafe is proving to be a fresh breeze in the cluttered world of commercial films.

‘Madras Cafe’ starring John Abraham, Nargis Fakhri and Rashi Khanna is a political thriller based on the Sri Lankan civil war of the 1980s. It has been directed by Shoojit Sircar and co-produced by JA Entertainment, Viacom 18 Motion Pictures and Rising Sun Films.