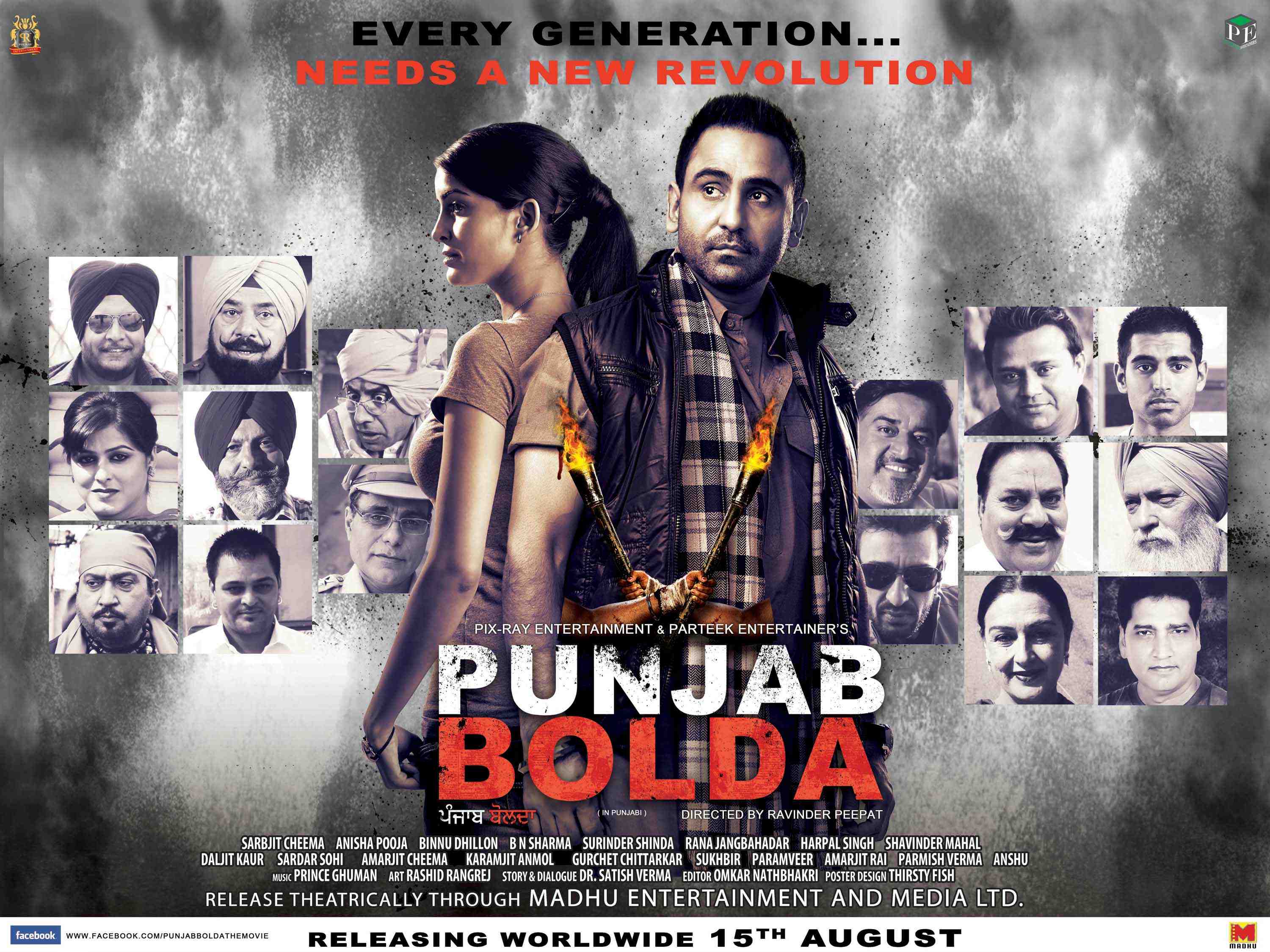 Synopsis of the film:  Punjab Bolda tells the story of today’s Punjab, set in a village where three generations of a family live under one roof. Grandfather and Grandson, Gurbaj, think alike and are true patriots, while the father is crushed between their ideologies and financial demands. Gurbaj Jnr runs a theatre group of like-minded youngsters who perform on tour, visiting village to village to speak out against the evils of society and the prevailing corruption within government machinery. He is supported by Pooja, an anchor at a leading TV channel, who provides this group with a platform upon which their message can reach millions. 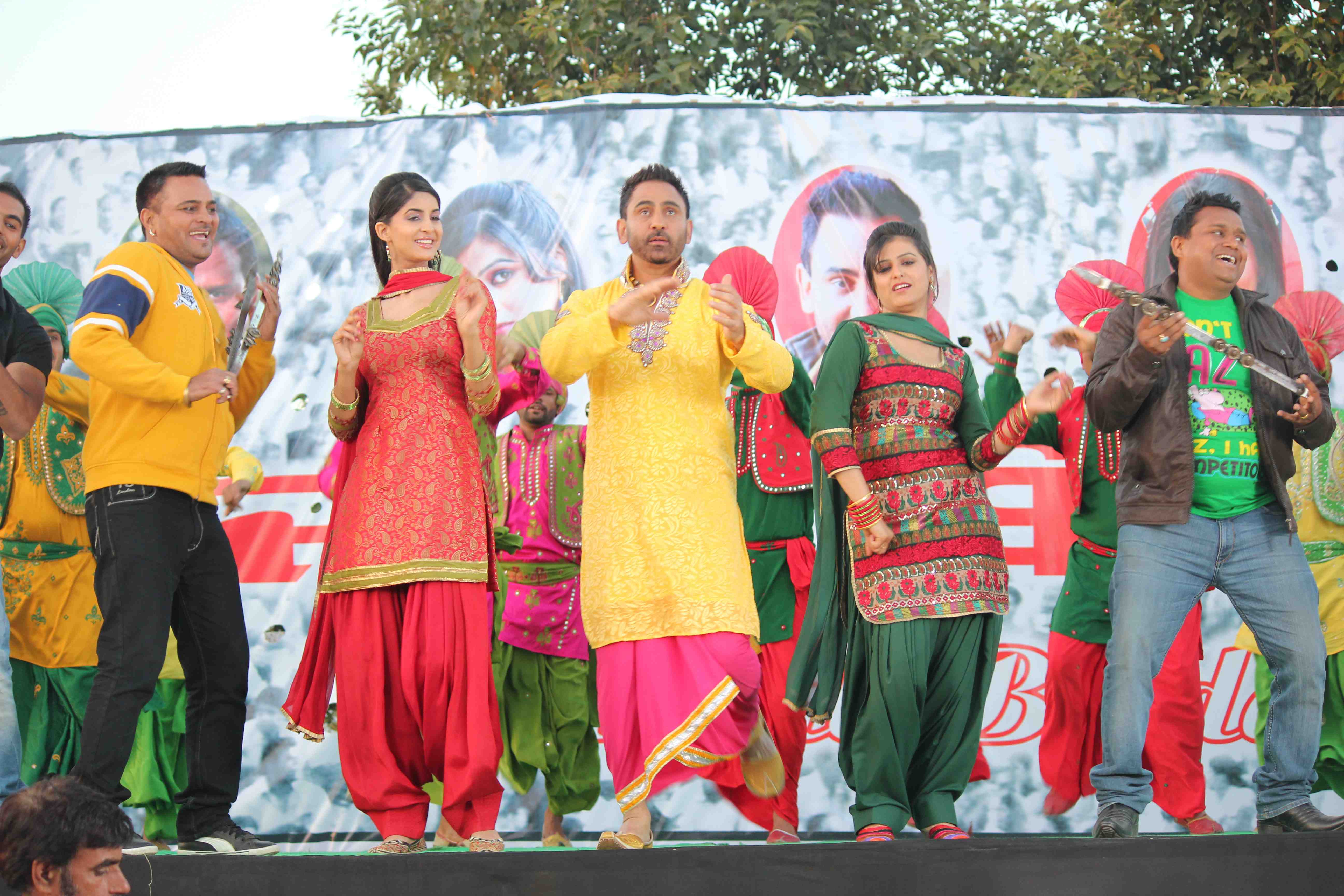 It is during this mission that she falls in love with Gurbaj, much to the angst of her affluent father. This mission has numerous enemies – a corrupt police officer, an evil politician, a drug mafia sarpanch, a scheming trader and a harsh father. Gurbaj and his group members fight it out against all odds, never losing hope or faith. They are illegally arrested and harassed, but inspire a public majority to join them in their mission to fight against evil. As a further, tragic byproduct, Pooja is removed to America by her father.   The message of Punjab Bolda is a call to action, beckoning the youth of Punjab to unite in speaking out against the evils spanning the socio-political landscape. 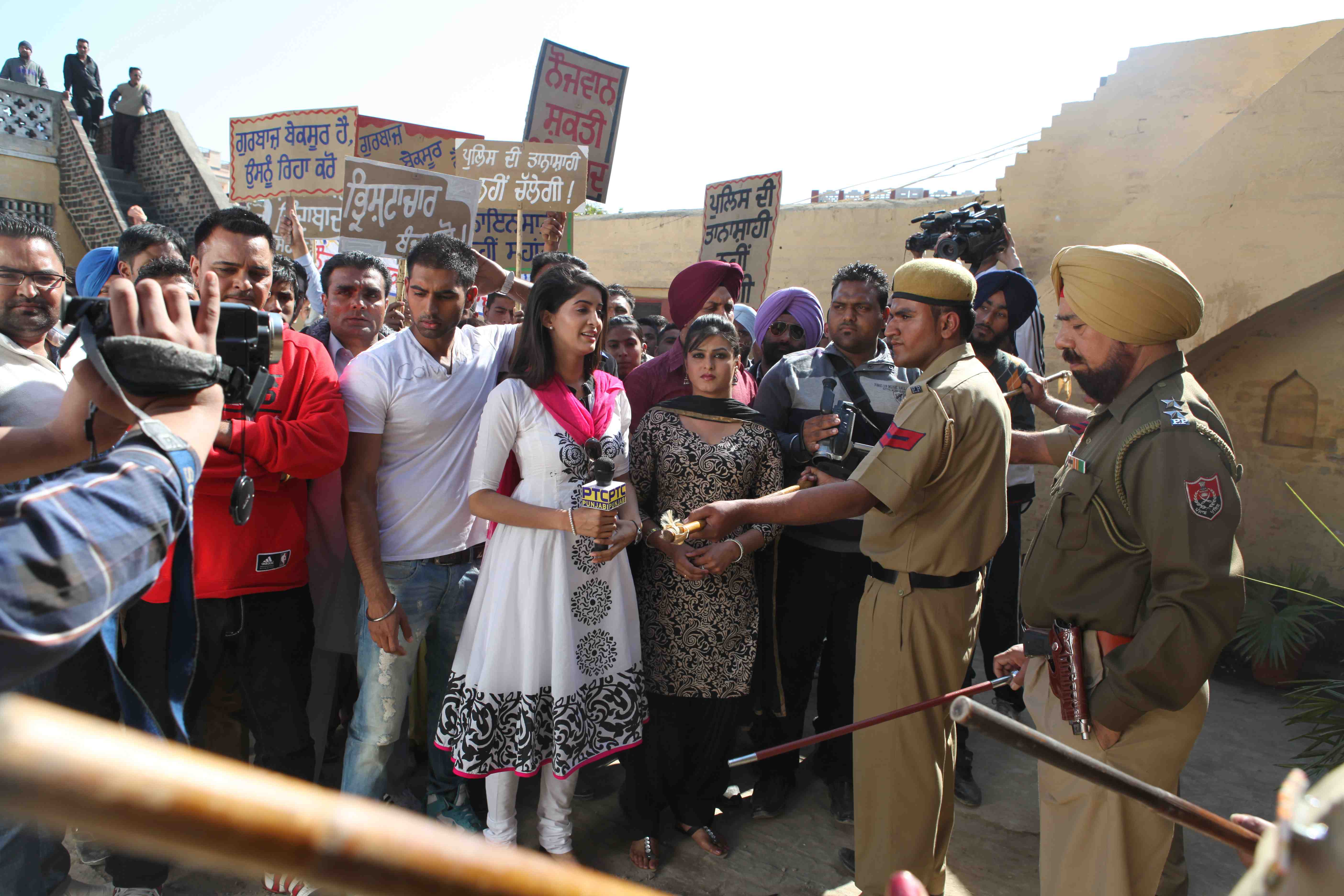