He is making moves on brands and bagging films left and right! But TV star to now Bollywood actor isn’t stopping now! The store launch of Abhilasha Srivastava’s fashion line saw an array of celebrities in attendance. And everyone’s eye was on the one and only Karan Kundra. Striking a stylish pose in trendy white khaki shirt and a black jacket, Karan Kundra was the one everyone seemed to be talking about. With a three-film deal with Vikram Bhatt to his credit, Karan is all set to take over the screen with his Bollywood debut ‘Horror Story’ which releases on 13th September. Amrita Rao, Jaydeep Ahlawa, Diandra Soares, Alicia Raut, Supran Verma, Geetika Tyagi, Suzanna Mukherjee were also present at the store launch! 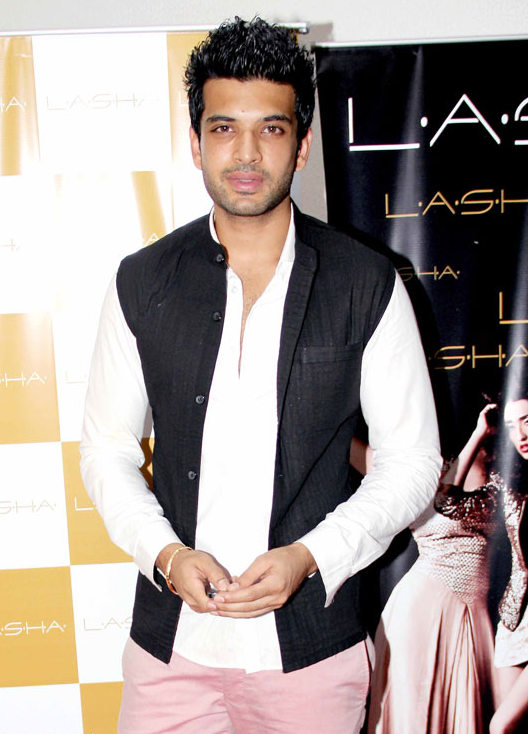 “Abhilasha is a very good friend of mine and I am here to support her. I love the styling and her sense of fashion. It’s very classy & elegant. I am a bit conscious about fashion, as to what to wear & what not to. It was a great experience coming to the event, meeting people from the industry & catching up with them.”

Not only is he making rounds at such events but his new movie Horror Story along with his Panjabi film “Mere Yaar Kaminey” will be out these next two months! Looks like it’s a busy busy schedule for the actor! Be sure to check out all his whereabouts on @kkundra at Twitter!