Kaim Rahe Sardari was released in Oct of 2011. First issued as a digital single, the song had to be re-released as a free download due to limited sales. The song slowly gained momentum as several dance teams from the North American Bhangra circuit picked up on it and used it in their team-mixes. Later, several radio stations including BBC Asian network would also give it airplay. So are you ready to Zumba? 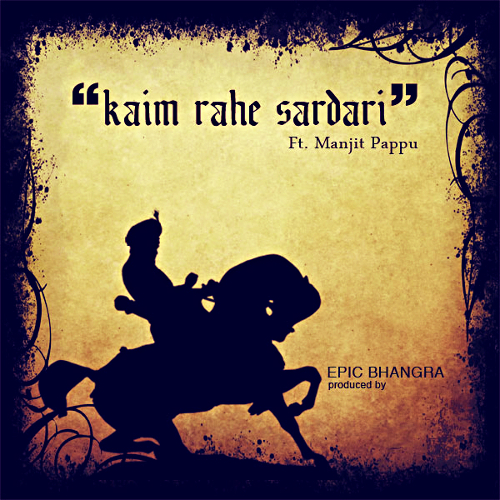 ‘Zumba Fitness which includes World party’ of 40+ hit tracks from several artists such as Pitbull, Lady Gaga and Daddy Yankee. One of the largest fitness brands in the world, Zumba Fitness has sold millions of copies on various gaming consoles, and regularly comes up as the #1 selling fitness video game across the globe. “Zumba Fitness: World Party” is set to release in Oct and Nov on Wii, Wii U, Xbox 360 & Xbox One!

The Zumba edition of Kaim Rahe Sardari will be available on iTunes and all other digital stores on Aug 29th.