The HOT and SEXY superstar Hrithik Roshan unveiled the first look of the most awaited movie of the year Krrish 3. He had done a live video chat on Facebook in Mumbai on the 27th of June 2013. The first look of the movie was unveiled via a digital motion poster of the movie. Hrithik Roshan also posted the film poster on Instagram and marked his arrival on Instagram account (@hrithikroshan). 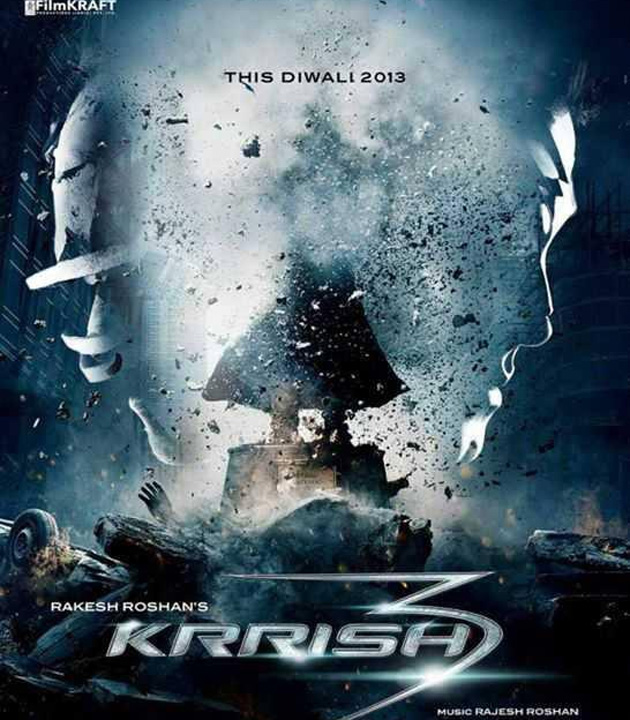 Hrithik answered questions that covered various topics such as Krrish franchise, handling success, his personal life,  family, fatherhood and much more. Hrithik told his fans that his real life superhero is his father Rakesh Roshan. He also told his fans few things they are going to expect from his forthcoming film . He  spoke out about the challenges he faces during the shooting of the film, with the various stunts that were required to play a super hero. He let his fans in his personal space and shared his principles, inspirations & the philosophies he lives by.

One line that left the audience awed by the super hero was,

‘What makes you beautiful is what you do.’

During the live chat there was a delightful surprise package Priyanka Chopra joined in  and answered a few questions for her fans. She spoke about the movie, her character in the movie and her upcoming music album.

Combining various powerful social media platforms like Facebook and Instagram, Krrish 3 has gone beyond the traditional realms to engage with fans right from day one. This campaign signifies the innovative use of social media to maximize personalized outreach for consumers.