The makers of Bhaag Milkha Bhaag are on a hot streak when it comes to pleasing the audience. After the release of ‘Zinda’, their first video track of the film, the team has given the audience a visual treat in the form of ‘Mera Yaar’ their second track from the movie.

The track ‘Mera Yaar’ is a treat to the eyes for all fans! The video has been filmed around a young Milkha Singh romancing Sonam Kapoor who plays his love interest in the movie. Prasoon Joshi has spun a web of magic with the words in the track. Shankar-Ehsaan-Loy as usual has brought the words to life with brilliant music composition. The track has been enhanced by the captivating voice of Arif Lohar. It sounds like a top item number! The movie album promises to cover a wide spectrum of genre from Rock in ‘Zinda’ to a love song with ‘Mera Yaar’. Fans are all waiting with baited breath to see what comes out next. Great to see an album that has a variety of mixes for the audience, happy and romantically rocking! 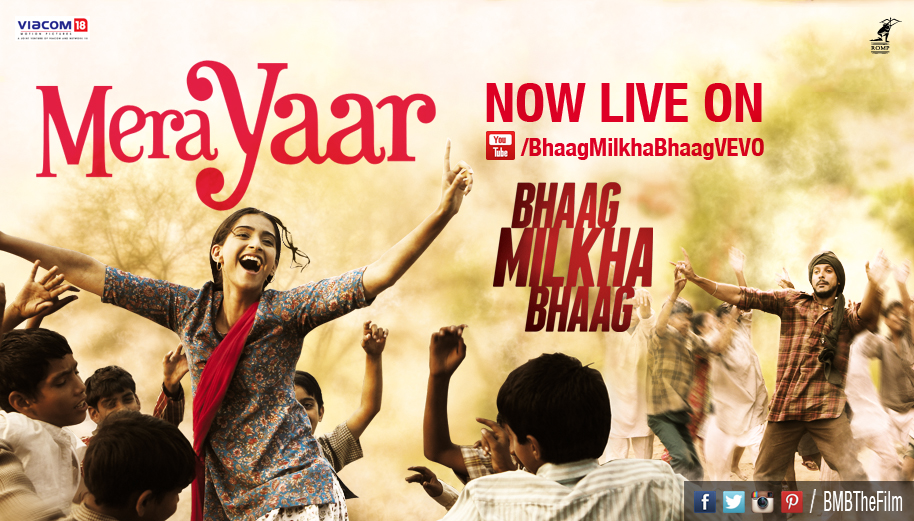 Bhaag Milkha Bhaag is an upcoming Bollywood film on the life of former Indian athlete Milkha Singh. The movie stars Farhan Akhtar and Sonam Kapoor. The movie is slated to release on July 12, 2013! Check out the new video and tell us what you think!