After an overwhelming response to the ‘Raghu and Gayatri Teaser‘ you can now catch Raghu (Sushant Singh Rajput) and Tara (played by debutant Vaani Kapoor) in the playful and lighthearted latest teaser from Shuddh Desi Romance! Check it out!

Set again against the background track ‘Ek Chidiya, Anek Chidiya’ (Song courtesy: Films Division, Government of India) the new teaser is a different look at the movie. This is the second teaser promo from YRF’s Shuddh Desi Romance, which also stars Rishi Kapoor and Parineeti Chopra. The film is directed by Maneesh Sharma, written by Jaideep Sahni, and produced by Aditya Chopra. 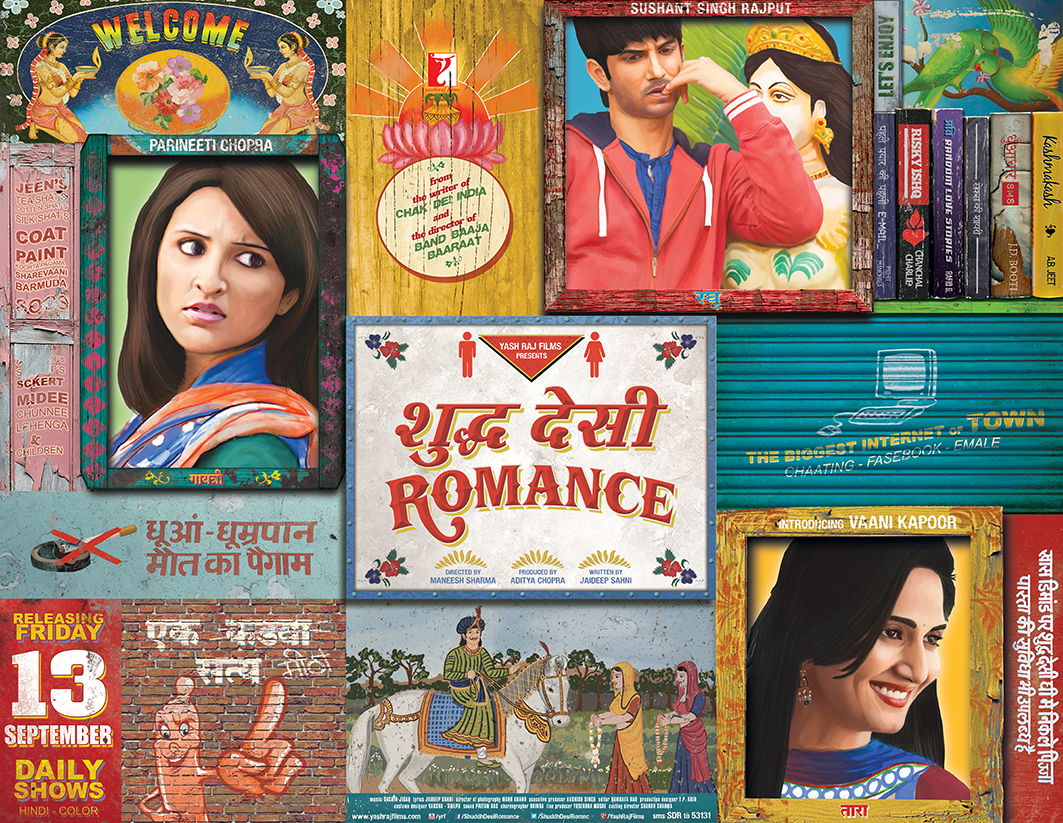 Shuddh Desi Romance a romantic comedy that finally tells it like it is, releases worldwide on 6th September 2013. Be sure to catch it!