The phenomenon is all too real? Rich wives do pick up toy boys to get rid their loneliness because of their workaholic husbands that show no time towards them at all. But More often they fall in the trap of a young men who either blackmail them into giving them your money or convincing you into leaving your husbands. In Shortcut Romeo, director Susi Ganesh tells us one such story.

After reading about such cases, Susi Ganesh felt that for the country’s youth, materialistic achievement is the ultimate dream. So she pursued that dream is his film’s hero played by Neil Nitin Mukesh  who is shown blackmailing a lonely rich wife who is played by Ameesha Patel ; he doesn’t ask for a lump sum amount money  but he wants her support in his rich lifestyle for a lifetime, and Puja Gupta is played as Neil Nitin Mukesh’s ‘Real’ girlfriend.

“Even our epics, like the Ramayana and Mahabharata, convey a strong message to those eyeing another’s wife and wealth. But related crimes still happen on a daily basis.”

So is this movie based on a real-life story? Susi confirms,

“There was talk about such an incident in a very influential corporate household. I was inspired by that.” 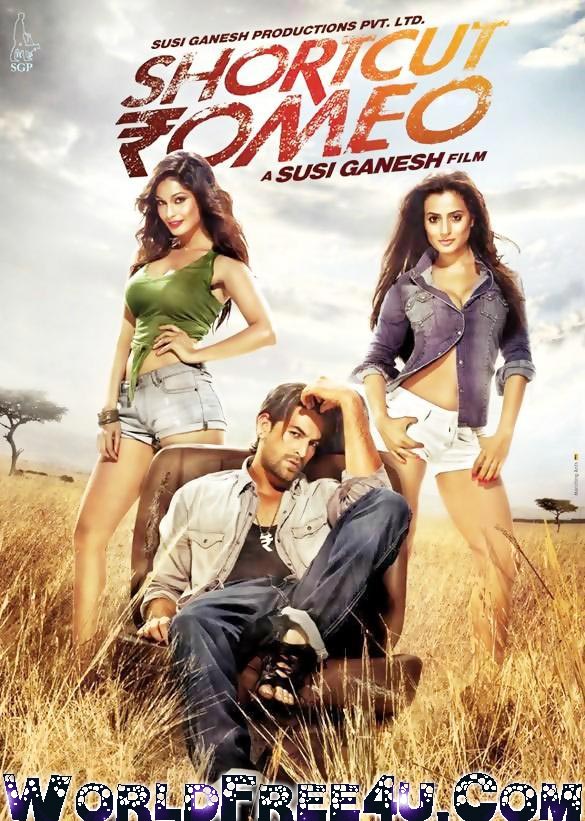 Shortcut Romeo, by Susi Ganesh Productions will be  releasing 21st of June 2013.