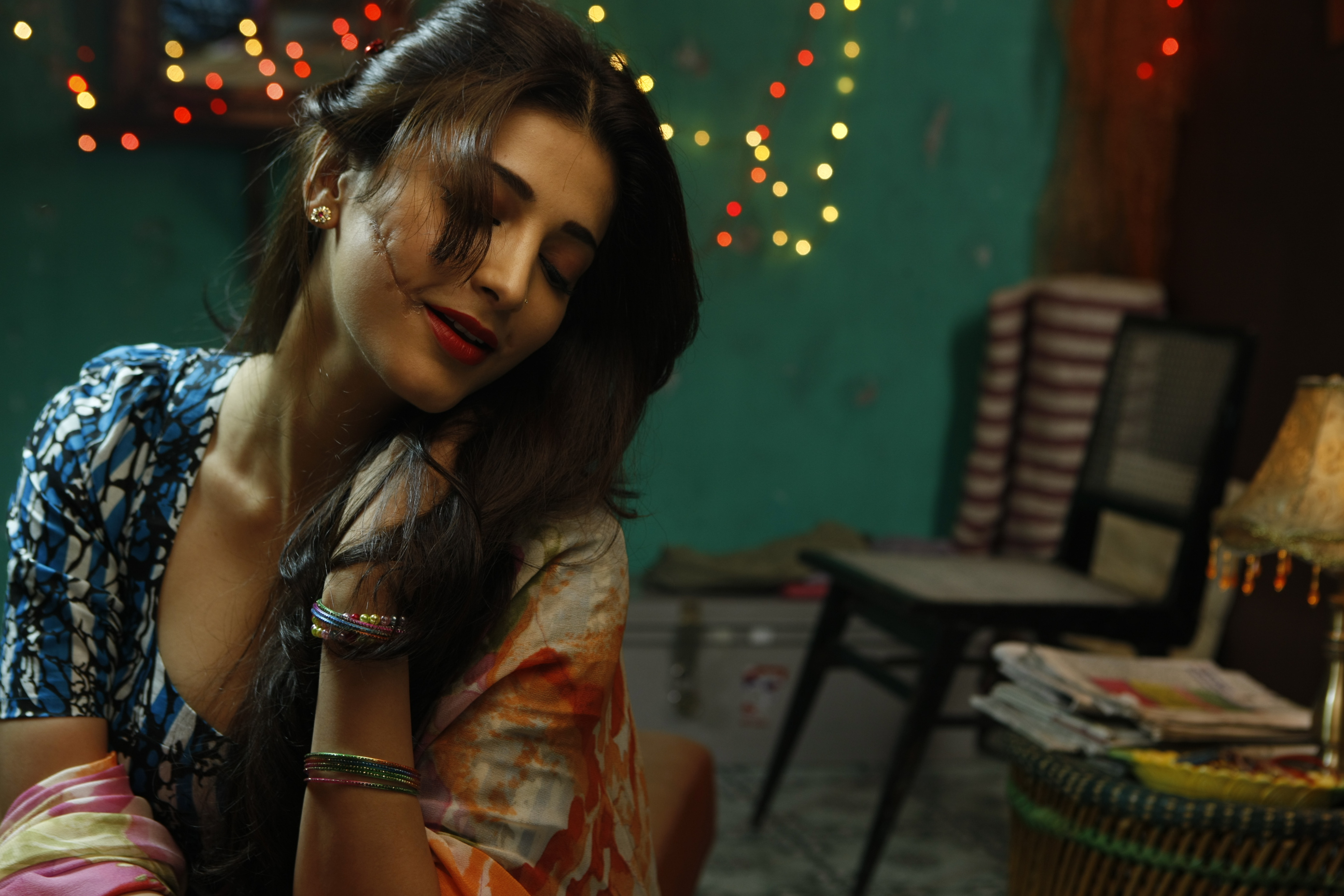 Shruti Hassan who will be seen in Nikhil Advani’s ‘D-Day’ has already created whirlwind as her pictures from her upcoming movie were released!  Shruti plays the character of Suraiya, a Karachi based prostitute. As a part of the character’s look Shruti required to have a scar on her face. A source says,

“The story of the scar dates back to Suraiya’s past, when she entered the world of sex trade at 16. She was given this scar when her face was cut open by a pimp”.

Shruti’s father, the legendary Kamal Haasan, who has over the years experimented with his looks in various films involving make-up and prosthetics, gave his inputs on the look of the scar.
Not a lot of people know the fact that Shruti, herself, has done a prosthetic make-up course. She, along with her father, were heavily involved in her look, giving inputs on the right colour, depth, how it would look as it ages etc.

The scar, in the recently launched trailer for the movie, looks very real and doesn’t look like make-up at all in fact Shruti looks stunning in the trailer. The promo has been well received by audience and critics alike. Along with Shruti, the movie also stars Rishi Kapoor, Arjun Rampal, Irrfan Khan, Aakash Dahiya, Huma Qureshi, Chandan Roy Sanyal & Sree Swara Dubey. The movie is slated to release on the silver screen on 19th July 2013!