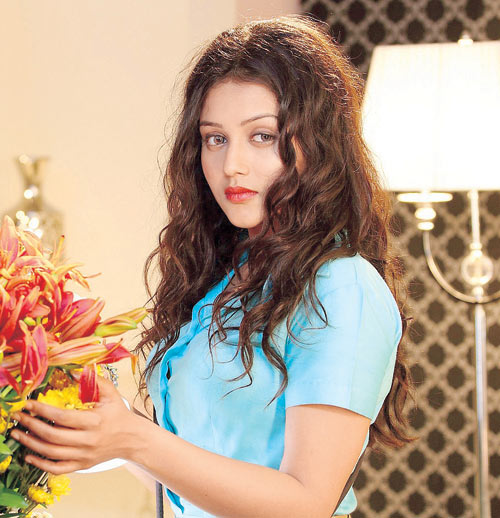 Looks like a major mishap has happened on the sets of Kaanchi with Mishti! In a particular sequence the newcomer was required to jump from a height of 40 feet.
Her body double was suppose to do the stunt but when the final shot was being taken Mishti told the action director that she would want to do it herself.

“The body double was suppose to do the stunt but Mishti felt she could do it. She gave the shot and we all clapped but then we realised her knee was bleeding.”

“But hats off to her spirit, she came for the shoot the next day though she was in pain and had fever.”

Kaanchi is all set to release this 2013 which stars Kartik Tiwari,Mishti,Rishi Kapoor and Mithun Chakraborty on August 15th, 2013!