The official poster of Anurag Kashyap’s next film ‘Ugly’ has been released. The film has been selected for Directors’ Fortnight  an independent section held in parallel to the Cannes Film Festival. ‘Ugly’ features Ronit Roy, Tejaswini Kolhapure, Vinit Kumar Singh, and Vipin Sharma in pivotal roles. Written and directed by Anurag Kashyap. Produced by Phantom Films and DAR Motion Pictures, the films will premiere at Cannes Film Festival 2013. 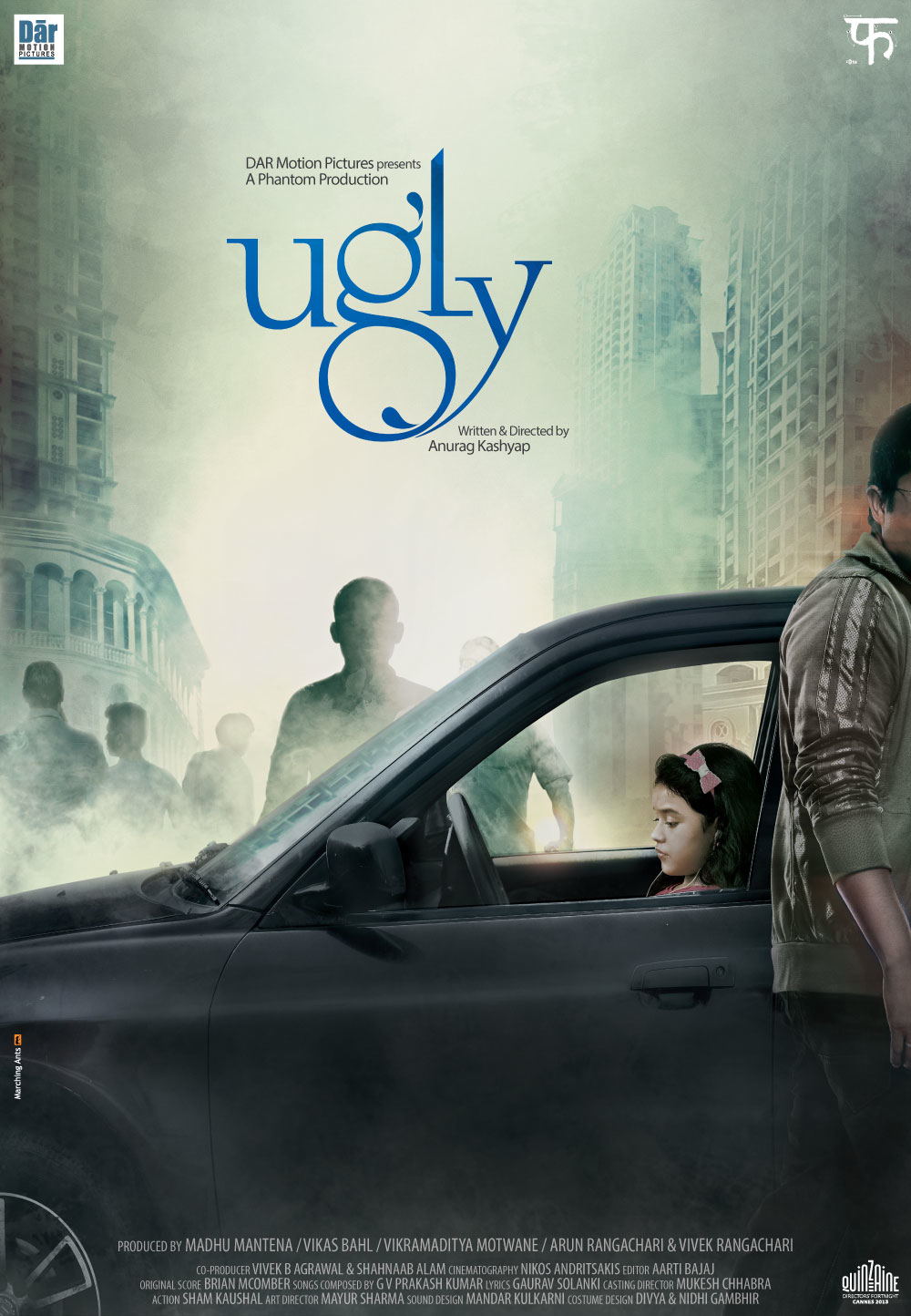 The character Bose is an extremely straight-forward person who is a Deputy Inspector General of Police. It is only in his personal life that becomes blurred, especially with the way he treats his wife Shalini. Shalini is a clinically depressed person and to top it off she is also alcoholic. Bose is Shalini’s second husband. Shalini was first married to Rahul and also has a daughter togather named Kali. Rahul on the other hand, is a struggling actor who is still looking for his big break.

The story starts on a Saturday which is the day Rahul is allowed to meet Kali as per court custody arrangements. Rahul picks up his daughter and takes her to his friend Chaitanya’s house in order to collect a casting script from him. Kali is very upset with him for sidelining her again and refuses to get out of the car. Rahul eventually leaves her in the car, from where she goes missing.

What follows is an endless series of blame game and one up-manship. The film follows a journey where it is difficult to judge who is real and who is fake. In their process of humiliating one and another the characters go through a series of events which not only shows the degradation of their personal lives but also shows how truly self-involved they are. A dark psycholgical thriller on the surface, Ugly is an emotional drama within.