Ever considered what it must feel like to hold a camera and record yourself in your house, capturing all that you say and doing this in your own personal space? Would you agree to carry the camera and shoot yourself as you go to work, step out to shop or attend a class? Would you have conversations with the camera about your innermost state of mind and broadcast it on national television? A vast majority of us would gulp down hard and go “What??? NO WAY! I could never do that!” But six courageous women of different ages and at different stages in their lives, have dared to bare it all – their hopes, their worst fears, their insecurities, their mistakes, their triumphs, their joys and sorrow – on national television for the world to see! And what has emerged is a vibrant picture of what being a woman in the year 2013 is all about – a fresh, first-of-its-kind reality series called ‘Connected Hum Tum’ that starts on Zee TV on Monday, 4th June! 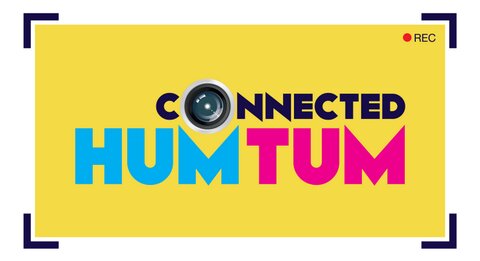 Lending a male perspective on all the exciting developments in these six women’s lives will be the celebrity host of the show, Abhay Deol. Touted as the thinking woman’s dream man, Abhay will regale the audience with his sparkling wit, spot-on observations and tongue-in-cheek commentary on all that’s brewing in the women’s lives.

Speaking of his debut on television, Abhay said,

“‘We deal with women in such a wide range of roles … be it our own mothers, wives, girlfriends, sisters, colleagues at work … they color the very fabric of our everyday existence. Yet, women are such a maze that we, as men, can never really completely understand. ‘Connected Hum Tum’ is an attempt to demystify women and thereby understand relationships better … The idea of women shooting their own lives and baring their soul on national television is a first. To watch six women deal with the real drama of their lives in their own individual ways, will help us understand them and, in turn, ourselves better. As the host of the show, I intend to leave the audience with how I perceive the women through my lens! I will raise questions that will make them think …”

The core idea at the heart of ‘Connected Hum Tum’ is to bring families together by demystifying relationships. In studying the mind space of six women at different crossroads in life, Zee TV gives the audiences a chance to understand the psyche of today’s Indian woman, thereby understanding the women in our own lives better. As a format of entertainment, the show is something India has not experienced yet. Zee TV lauds the courage of these six bold women who have agreed to put their mind, soul and space out for everyone to see. Through the cameras, six parallel stories unfold and six lives gradually become connected as each woman experiences life changes. Each of these women embarks on a journey of self-discovery and what the viewers get is a compelling, if not addictive reality viewing experience on television. 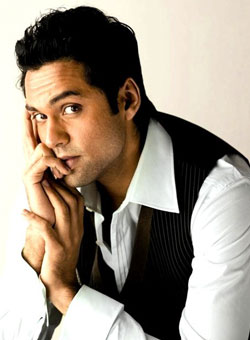 Developed originally in Israel, ‘Connected’ as a format has emerged to be a phenomenon on television across countries like Denmark, Holland, France and USA. Avi Armoza of Armoza Formats, the international distributors of the show format said,

“We at Armoza Formats are delighted to have our internationally acclaimed format ‘Connected’ launched in India. We are sure that this will only add to the massive global success of ‘Connected’ as it enters into a land of rich culture and tradition.”

Each of the six women who have embarked on this journey have undergone technical training in terms of using the camera in the most natural manner, coaching in terms of adjusting to the presence of a camera so as to minimize its interference with their behavior, viewing sessions of what they have filmed in isolation and in a group and monitoring changes in their behavior as a result of the filming process.

So who are these six brave women who have taken the plunge? Watch this space for more!