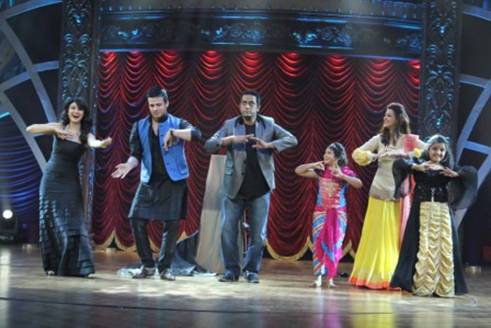 This week, will see loads of masti (fun) as the best dancers from DID (Dance India Dance) Li’l Masters join them for a special episode of ‘India’s Best Dramebaaz.’ Lets just say Lil’ Masters became the teacher of Dramebaaz and for a moment the Dramebaaz became teachers of Lil’ Masters.

As Gracy paired up with Faisal for a gravity defying aerial act that will have the viewers in surprised mode. Chinmay showed off his popping and locking skills to the judges as he matched steps with Rohan in a robotic act. Even Anjali got a chance to show off her bharatnatyam moves with the ever expressive Shalini as she danced her way through a transformation from a witch to an angel. Judges were super shocked with all the performance that they could not hold back the perfect ten scoring card. 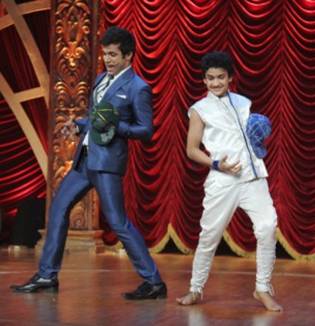 While Om challenged Anurag dada and Vivek Oberoi to do some back flips along with him, Rohan showed off his “slo-mo” dace moves that made him a huge favorite as he presented a rose to Sonali in his signature style. Sonali couldn’t help but be charmed by him as she gushed about his gesture to everyone post the shoot.

After the making of India’s Best Dramebaaz Anurag dada said,

“These kids are an absolute delight! To see such fabulous talent on one stage is just mind blowing! And to think that none of these kids are over 12 years old! The way in which they act and dance is enough to bring a smile to anyone. I would never have thought that I would see Gracy or Chinmay perform a dance number with such finesse and to see them doing so after just a week of rehearsals makes me very proud. I loved watching them match steps with Faisal and Rohan; their acts were like watching poetry in motion. Of course, we knew that Anjali was a trained dancer right from day 1 of the auditions but seeing her dance again onstage has made all of us happy!”