UK desi artists definitely come by the dozen, but it isn’t that often that Bollywood singers share some complements with them.  San2, a 22 year old singer from Nottingham UK, is the exception!  Music fans across the globe have completely embraced the amazing debut song by San2 called ‘Nayo Lagda’.  The track has already taken the top spot on the iTunes World Music Chart within 24 hours of release!  ‘Nayo Lagda’ is released on the Virtual Recordz Label and is Available NOW from iTunes! 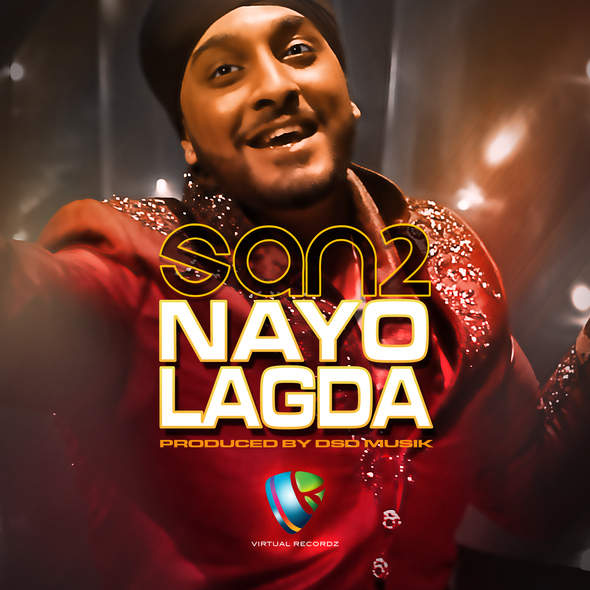 Not only have his Twitter and Facebook timelines gone crazy with his new found fan-base sending good wishes, but even Bollywood has gotten involved with the San2 frenzy!

The incredible and multi-talented Bollywood playback singer ‘Shaan’ recently congratulated San2during an interview with the BBC Asian Network. He said:

“I’ve been listening to your radio station for the past 3 days now and really enjoying the debates and all the music. I must especially mention a song I heard, San2…that’s S. A. N. 2 with a numeric 2…beautiful voice, beautiful song, wonderful singer, you must congratulate him!”

Shaan then went on to Tweet at San2, calling him ‘True Talent’. The extremely humble San2 responded to his social media followers with:

“Am I dreaming? The famous singer Shaan that I watch on TV and listen to all the time is talking about me! I’m going to pinch myself and wake up!”

San2’s first single ‘Nayo Lagda’ is an infectious up-tempo Qawwali track. The young singer has been described as a complete breath of fresh air, bringing a new light to the the Asian music industry.

With music by the well-seasoned producer Dharam of DSD Musik and lyrics by the remarkable Deedar Singh, Nayo Lagda was always guaranteed to be a hit.  Adding the cerry on top is the fact that British Asian celebrity Ameet Chana, famed for his roles in Eastenders, Bend it Like Beckham and numerous other films, directed the accompanying video.

What do you all think about this upcoming singer and qawwali track?  Let us know below!