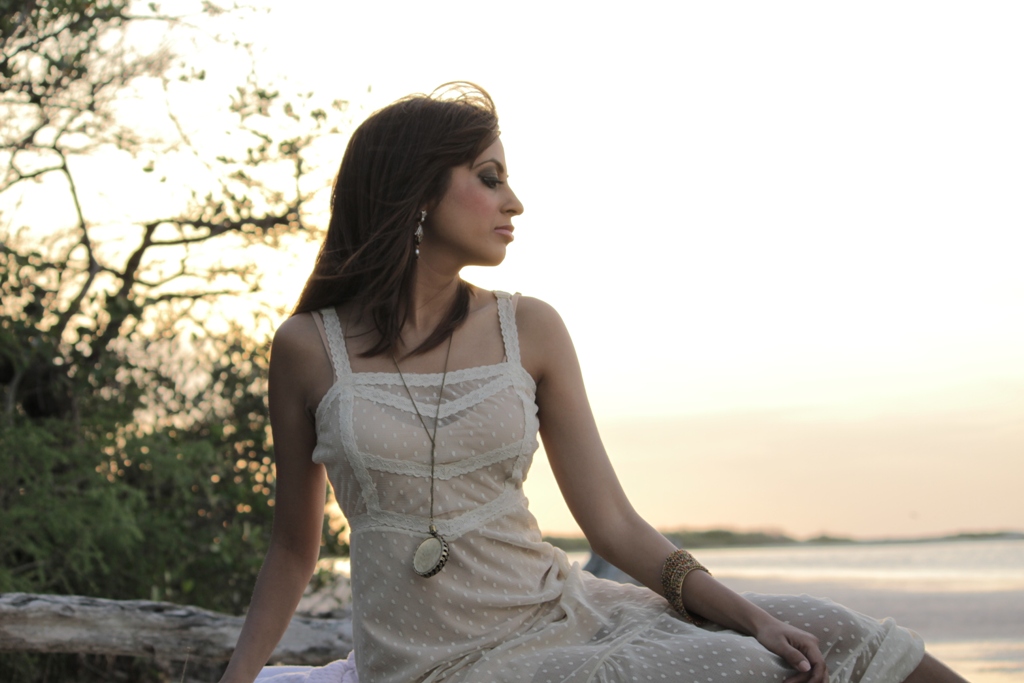 The “Aaja” video reflects a softer side of the Montreal born, Orlando based recording artist, pairing the beauty of Florida’s sun and shores to capture the love song’s R&B and Hindi fusion. Prita Chhabra’s “Aaja” song was produced by multi-platinum Montreal fusion artists JoSH. Her “Aaja” video was selected to screen alongside videos by major Canadian artists including Drake, Metric and Kardinal Offishall among others.

Chhabra met her “Aaja” video’s director, Omar Shaikh, at the 2011 Tampa India International Film Festival, when Prita Chhabra was being featured at the festival alongside Canadian comedy superstar Russell Peters. Shaikh, based in Tampa, has worked with the likes of American rap stars Gucci Mane and Yo Gotti on his past music videos. Prita Chhabra’s appearance at Reel World comes on the heels of her performing at ANOKHI’s 10 Year Anniversary Gala, where Bollywood superstar Priyanka Chopra, #1 Billboard artist Jay Sean and Juno nominee Anjulie were all in attendance enjoying her performance.

In 2012, She released her “Dance” music video featuring UK singer Navin Kundra, which was filmed at Toronto’s Yonge-Dundas Square during the Desifest South Asian music festival. The “Dance” video was seen by millions around the world, when it was picked up by India’s LIFE OK network and shown during their India Republic Day programming.

Founded in 2001, The Reel World Film Festival is an annual spring film festival and charitable foundation. With the vision of changing the face of Canadian cinema both on the screens and behind the scenes, Reel World promotes and encourages culturally and racially diverse artists featuring attending alumni such as Danny Glover and Deepa Mehta.

Keep it locked on Urban Asian for the latest on the lovely Prita Chhabra!