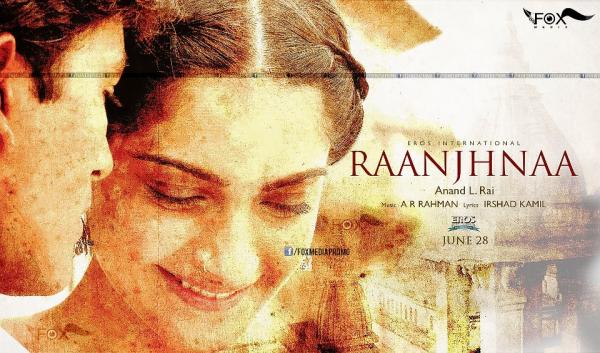 Eros International which is a leading global company in the Indian film entertainment industry has once again joins hands with Sony Music to present the love story of the year – Raanjhanaa. Raanjhanaa is a romantic story starring Sonam Kapoor and South sensation Dhanush that will highlight the essence of love and simplicity.

Sony Music will distribute and promote the music of the movie across all physical and digital platforms. The Hindi and Tamil original sound track of Raanjhanaa will be distributed under the co-branding of Sony Music and Eros Music labels.

“We are delighted to be associated with Eros International for its 2nd release of this year. The trailer of Raanjhana was released recently and has already accumulated a huge response. We are extremely confident that AR Rahman’s music will connect hugely with the music fans at all levels.”

“We are very happy to align with Sony Music and follow up the success of Go Goa Gone with Raanjhanaa. Raanjhanaa has a magical score by A R Rahman which will definitely strike a chord with listeners and we are looking forward to the response to the album”.

Set in the streets of Delhi and Varanasi, Raanjhanaa’s contemporary music composed by Oscar Winner A R Rahman, promises to sway many hearts on its release. We are definitely excited to see the maestro composer and musician come back with more of his amazing work! Raanjhnaa is set to release worldwide on June 28th!