Actor Ali Zafar attended a press conference for Chashme Baddoor recently in Central London. The film which is due for release on 5th April is the remake of Sai Paranjpe’s 1981 classic, Chashme Buddoor, in which Ali Zafar plays Farooque Shaikh’s character. 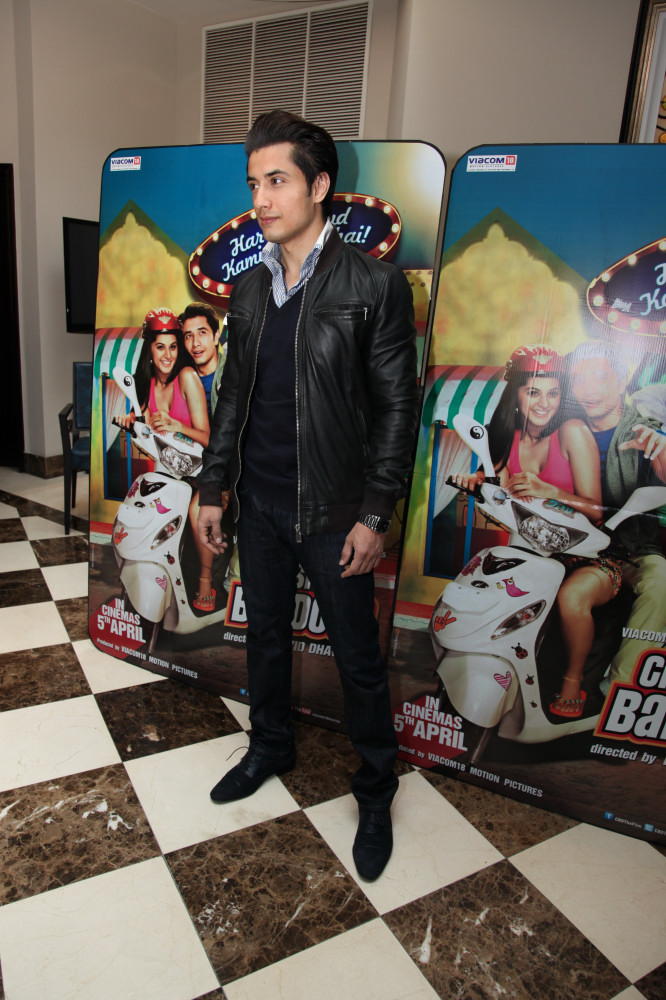 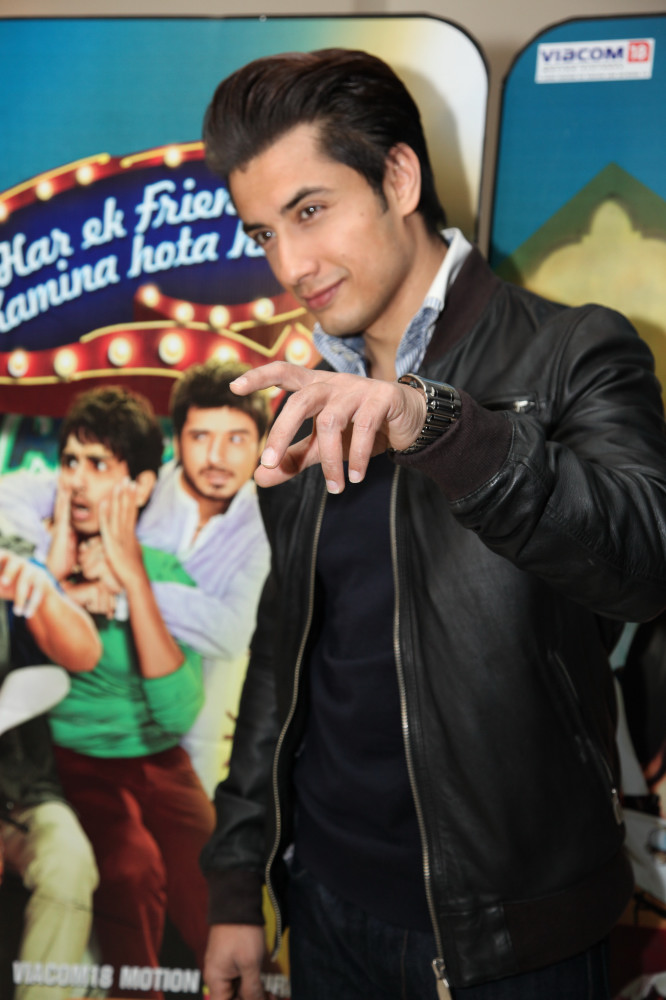 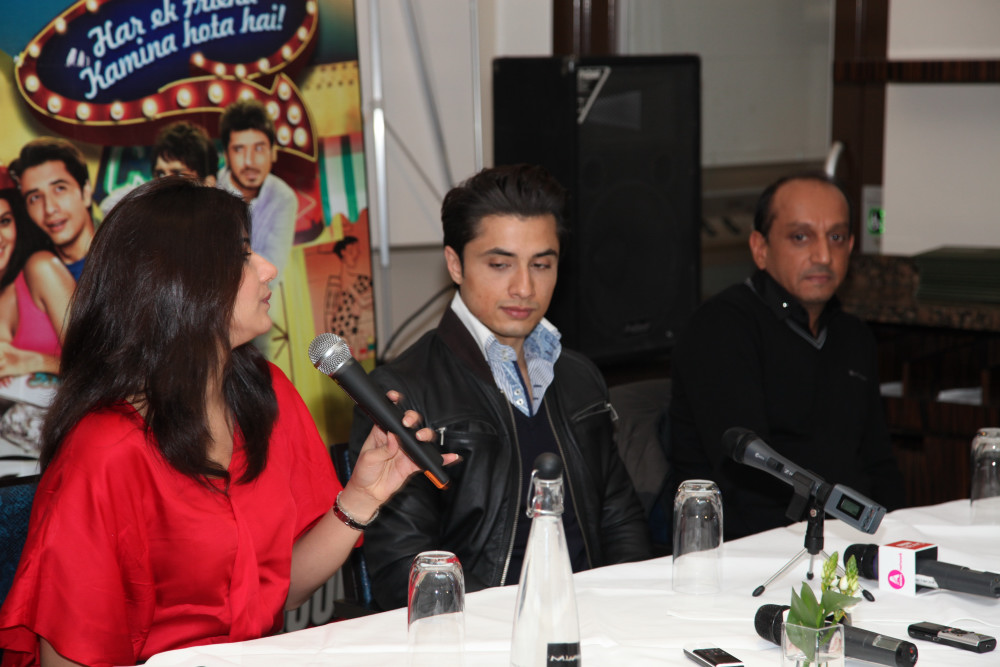 However, never to shy away from being mischievous, Ali didn’t hesitate throwing a few fast balls at the press either. Thoroughly at ease, he charmed the audience with his quick wit and intelligent answers, making sure that the press felt included and appreciated. Ali who is famous for not only being a generous and talented artist, but also an advocate of humanitarian causes, is always the ideal ambassador for Pakistan wherever he goes. Now that’s one humble actor! 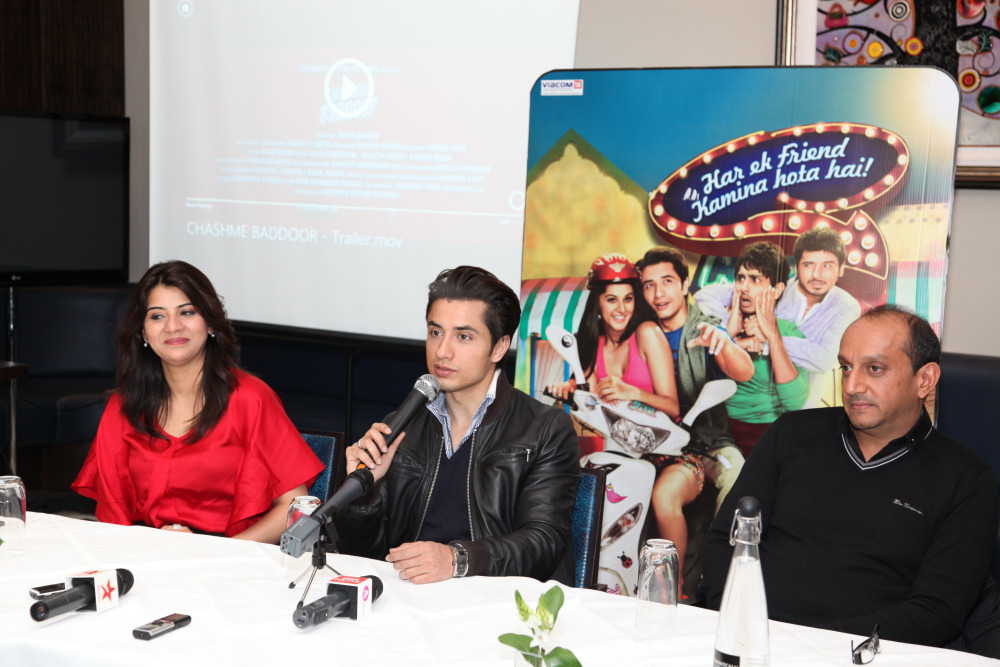 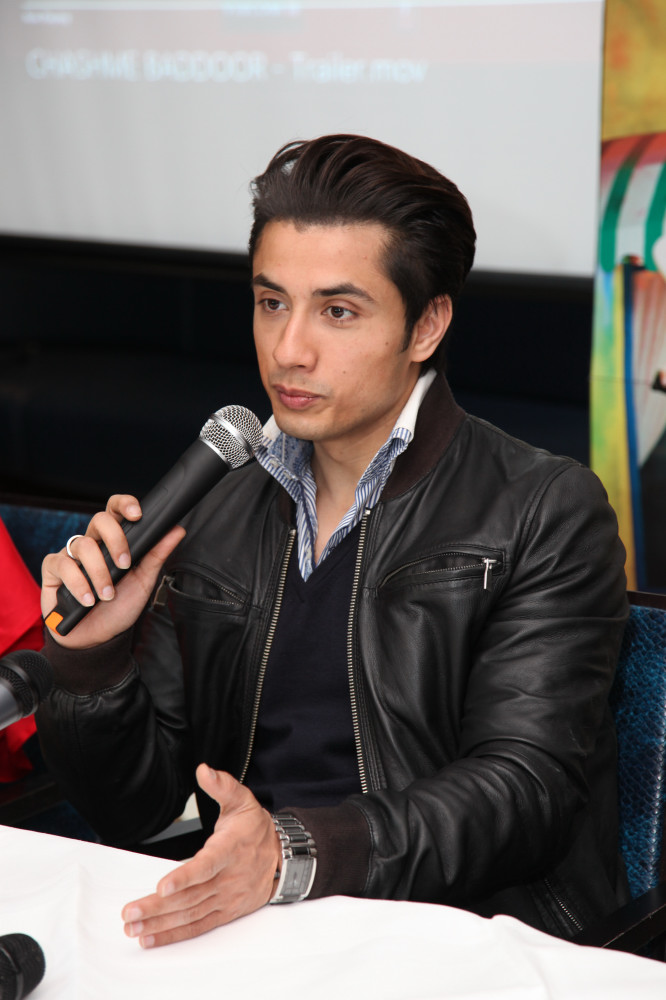 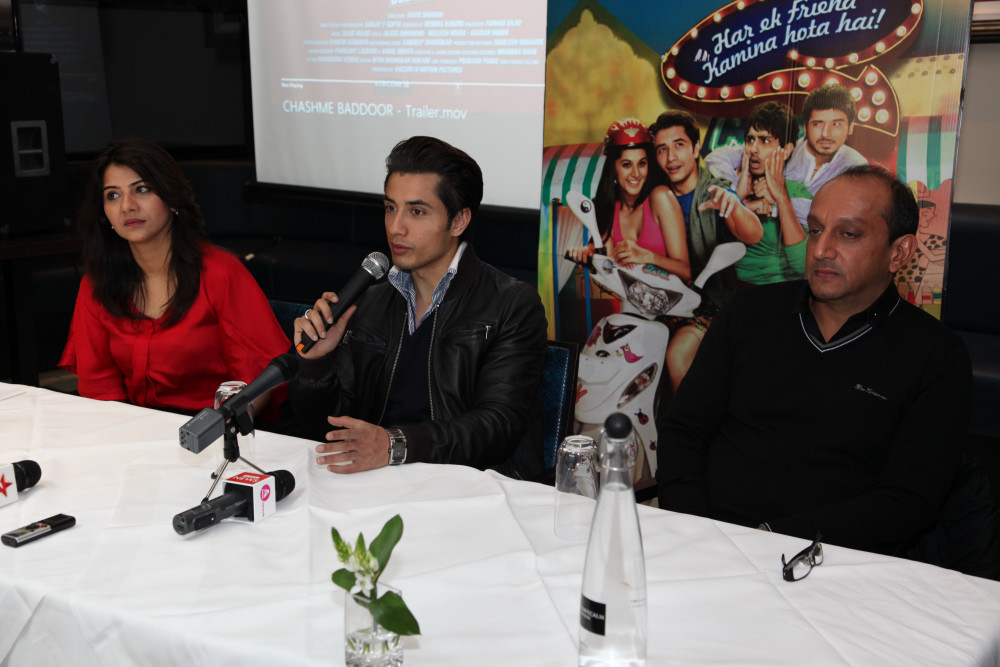 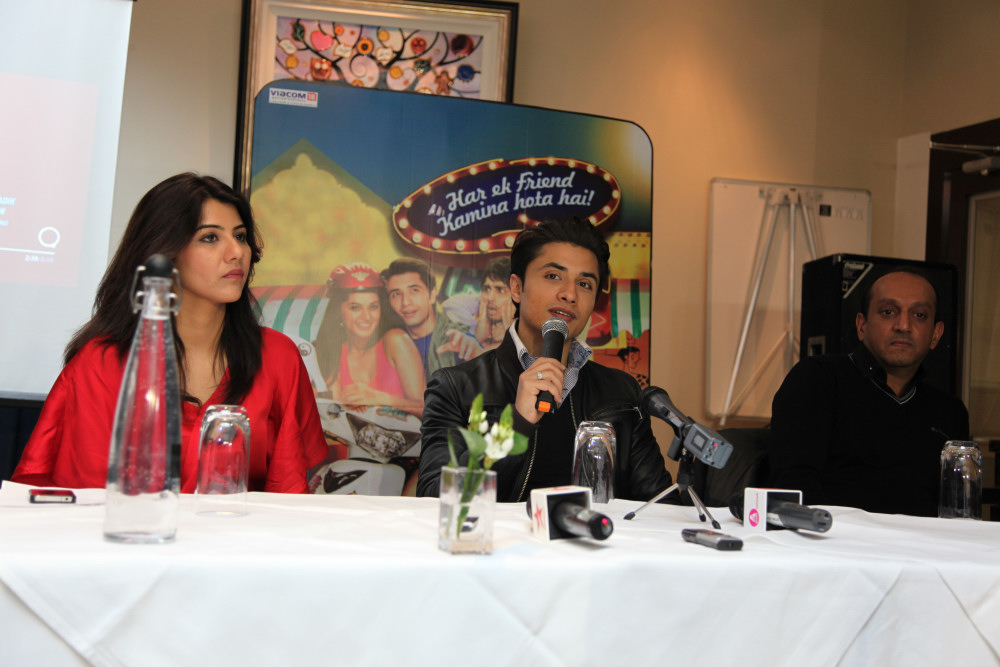 This is Ali Zafar’s 4th Bollywood film and that, too, in a lead role. Not only is he the protagonist of the film, but has also contributed a fair bit to the films soundtrack. What with “Dhichkyaaon Doom Doom” one of the hottest tracks off the OST and Ali’s stellar performance, Chashme Baddoor is already being slated as a hit both among fans and critics alike. HKC entertainment is releasing the movie in Pakistan! Congrats to the all the actors of the film! Don’t forget Chashme Baddoor releases this Friday worldwide!