Bollywood’s high-kicking original action hero Akshay Kumar will once again return to fighting form in the high-octane thriller film ‘Boss’. Akshay, who is renowned in Bollywood for his adrenaline-inducing, heart-pumping films, will ‘bring it’ in Viacom 18’s action fest by displaying an array of death-defying stunts.

Akshay recently wheted the appetite of his adoring fans when he revealed an exclusive still of the climax scene from ‘Boss’. The image shows a fully toned Akshay hitting the sand hard as he films the thrilling final sequence in Thailand. 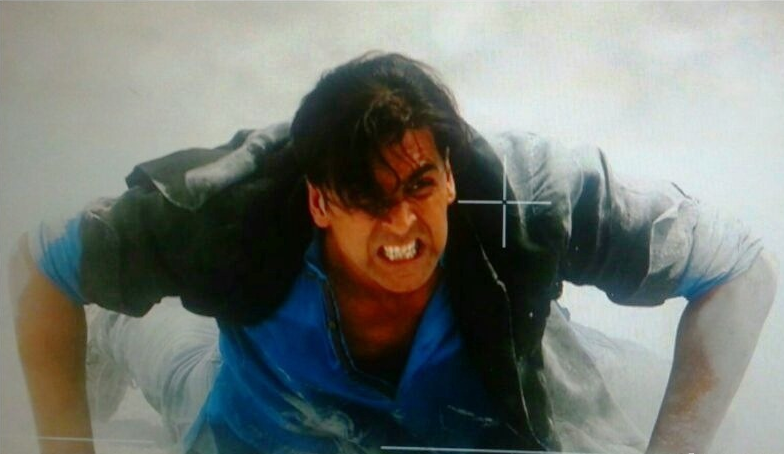 Akshay’s big screen outing in ‘Boss’ is a remake of the classic South Indian tale ‘Pokkiri Raja’ and sees Akshay return to his much-loved Khiladi avatar as a tough talking, hard-hitting, lovable gangster.

Now Indian cinema’s finest is set to break records again with his latest energy-fuelled offering Boss, ensuring that ‘Khiladi Kumar’ is a force of nature to reckon with.

Boss will release through Viacom 18 in October 2013 Are you ready for Akshay Kumar on the big screen? We sure are!