On February 10th, I was lucky enough to watch Leanne Marshall’s show during New York Fashion Week. I was even luckier for the chance to catch up with her afterwards. I have seen Leanne’s previous collections, so I was expecting pastels and light, airy designs. Instead, I was pleasantly surprised to see black and grays mixed in with gold and coral. The Project Runway Season 5 winner did an exceptional job adding an edgy vibe to her structured yet flowing designs. Check out my interview with her, as well as some exclusive pictures of her FW2013 collection, below.

UrbanAsian: First of all, congratulations of yet another amazing show! What would you say was the biggest inspiration for this collection?

Leanne Marshall: Thank you so much! For this collection, I was initially inspired by a single picture, it was of a mushroom- and you’ll have to forgive me, from a lack of sleep I’ve forgotten the name of this particular mushroom- and it had all the ridges on the underside of it and these twisting forms. That kind of inspired me to just play with my fabrics and see if I could kind of create this same sort of structure. 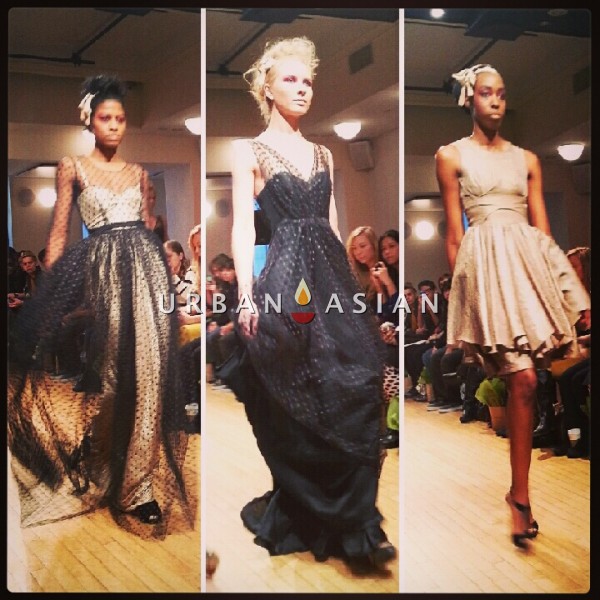 UA: When would you say you started your preparations for Fashion Week?

LM: Well, I’m kind of different [laughs] from other people so I started preparing for it some time in January. But, you know, I would say on average, other people were preparing probably last January. But I mean, most of my focus is at the moment on trying to keep up with the surplus in my bridal business. So before I knew it, it was Fashion Week time and there was no collection! So it got put together quicker than usual but I’m happy with how it turned out.

UA: What would you say is the most stressful part of preparing for Fashion Week?

LM: There are just so many different little things that can go wrong, especially the few days that are leading up to it. Model cancellations, things not fitting, just frustrations, worries that it won’t be as good as your last collection, but at the end of the day you just have to do it, put it out there and hope for the best and move on to the next one.

UA: Very true. One last question for you- since winning Project Runway, how would you say you have grown as a designer?

LM: I have grown immensely, mainly in the part of bridal wear. It wasn’t something that I had thought of ever doing when I set out to become a designer, but during Project Runway, in one of the final challenges we had to design a wedding dress and after that I just ended up getting thousands of requests for this one particular dress and it kind of just launched itself. Ever since then it has grown immensely, particularly in the last year.

UA: That is so amazing. Congratulations again on a great show and for talking with us!

LM: It was my pleasure. Thanks so much! 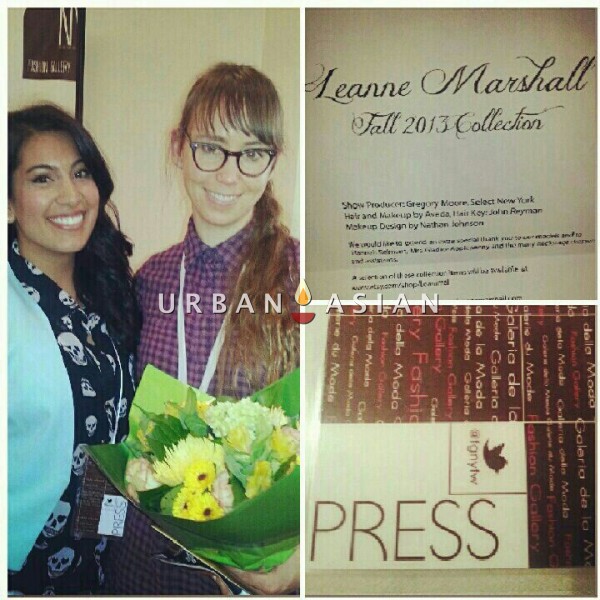