From Lil Jay to Jay Dabhi he is one of the most well known Deejays in North America. From a very young age, Jay Dabhi was born to DJ and today he is now one of the biggest South Asian DJ’s to perform on a mainstream radio station in New York City. We sat down with Jay Dabhi to chat about his career, his likes, his work and much more! A New York City native, Jay Dabhi began deejaying at the tender age of 14 and acquired the nickname “Lil Jay.” Find out how he got that name and what made him change his name to Jay Dabhi from Lil Jay! Check out our exclusive sit down with the man himself Jay Dabhi!

Thanks Jay Dabhi for speaking with Urban Asian! For our readers and viewers that don’t know about you – when did you decide to become a DJ? What made you get into this line of work?

Jay Dabhi: I decided to be a DJ in the 3rd grade when I came dressed as a DJ in my school’s Career Day. For some reason I thought a DJ’s dress was white gloves and a belt buckle with my name on it. Ever since I was a little boy I always mixed and matched music together – whether by rigging my parents stereo system to play music from a cassette out of one speaker and  a vinyl record out of the speaker so both play at the same time or having one of those old school Sony dual cassette deck boom boxes that played 2 tapes at the same time, I think every Desi family had one of those. 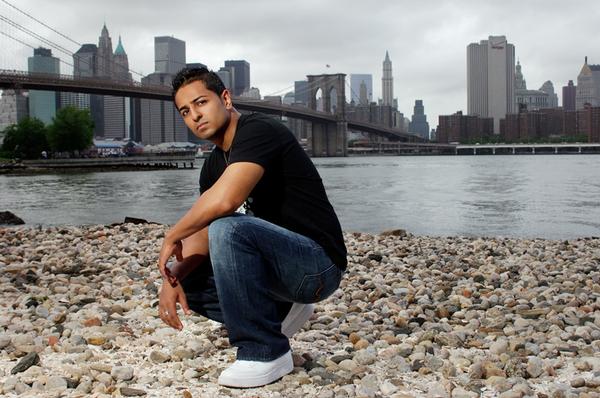 What age did you start DJing at and did you deejay while you were in grade school?

Jay Dabhi: I dj’ed on my first pair of Technics 1200 turntables at the age of 12. As I mentioned in the previous answer, I always did my own form of DJ’ing by rigging sound systems and tape decks. Once I hit my first pair of turntables, I already had the experience to beat match and mix records from the second I tried it.

You went form being called “Lil-jay” to DJ Jay Dabhi – why the change and how did you get the name lil jay?

Jay Dabhi : I changed my name to Jay Dabhi from Lil Jay for 2 reasons.

1) I’m an open format DJ that plays all genres of music – but House Music/EDM is my ultimate favorite and I lean toward music with a faster, energetic beat. When trying to get gigs where I can play Dance music, clubs and promoters always thought my name Lil Jay would be associated to Hip Hop since I played a lot of Hip Hop parties too. I wanted a name more well rounded… but then why didn’t I pick a name more generic than my given ethnic sounding name?… read on

2) When we hear names like Jennifer Lopez, Enrique Iglesias, etc – its common and not “foreign” sounding anymore. I wanted to keep my name so as I grow and become more popular in the mainstream, our Indian names too wont sound “foreign” anymore.  I ride for my people and I never forget where I came from.

You been Deejaying for many years and you are now Deejaying on one of New Yorks’ biggest radio stations 92.3 FM how did that come about?

Jay Dabhi: I’ve always been a fan of mix shows on the radio. I would run home from elementary school just to record them when I was a kid. I contacted the station and asked to be considered to be a guest dj whenever they have mix shows on long holiday weekends. Deejay Toro, the mix show director gave me a shot on Memorial Day Weekend 2011. That lead to 4th of July weekend. Deejay Toro and the radio station liked what they heard plus with the great response on Twitter and Facebook, Deejay Toro  soon gave me my own show at 3am Saturdays. That soon became 9pm weeknights and 8pm Saturdays!

How does it feel to be one of the first South Asian’s to be Deejaying on a top radio station heard by millions around the country?

Jay Dabhi: AMAZING!!! I love that I can play for a such a huge audience!

You now have weekly mash-ups on iTunes and thousands of fans have downloaded your work, have you ever thought of putting an album out with your own production music?

Jay Dabhi: Why yes, I just did! I produced an album titled “The WeekEND” which is available now on iTunes around the world.

Being South Asian, we are always known to be doctors, lawyers or accountants. Are your parents supportive of your work?

Jay Dabhi: As long as I can pay my own bills and I’m not hounding my parents for money or food then they’re happy! They love seeing my name come up the ranks and I’m happy that they gave me the chance to follow my dreams.

We heard you recently had a song in a major Bollywood film called “Race 2,” how did that feel being asked to do the remix for the film and how did that come about?

Jay Dabhi: My boy Stylebhai always told Pritam about me over there. Pritam soon reached out to me to remix Talli Hua on the Singh is King soundtrack. Once we built that relationship, Ive sent him song ideas that he keeps on hand in case it will fit in a film.  He soon hit me up to do this remix and in classic Bollyhood fashion, gave me 24 hours to complete it. I banged it out and the film producers approved it. 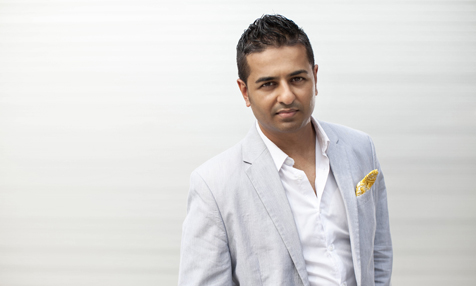 Have you thought about doing a tour in India?

Jay Dabhi: Yup! I was going to do a couple of cities this February but scheduling conflicts barred it from happening. I cant wait to go there and spin. I’m so ready!

Are there any last words for your fans and readers? Where can they find you on social media?

Jay Dabhi: Whether it’s a Bollywood remix, a Dance track, or my mixes on the radio, you all have always shown me support as I grow in my career  – Thank YOU! I love meeting my fans and supporters so if you ever hear about me djing somewhere, please come and say hi! My social media links are : @jaydabhi on Twitter/Instagram/Soundcloud. My Facebook is Jay Dabhi! To receive free mixes sent to you directly, subscribe to my Dabhi’s Dancefloor podcast: Or simple hit up my website for all the info!

We’d like to thank Jay Dabhi for his time and be sure to keep it locked on Urban Asian for all updates on our favorite DJ!