Smriti Malhotra Irani shot to fame with ‘Kyunki Saas Bhi Kabhi Bahu Thi’ and became a household name with her screen character Tulsi Virani. Smriti plays a Gujarati woman in the series and recently shot for the promo of the show, despite being unwell.Sakshi Tanwar known for charming smile in the character of Parvati in ‘Kahaani Ghar Ghar Ki’ and for being the lovable Priya in ‘Bade Acche Lagte Hain’ will be seen as a Rajasthani woman. Mauli Ganguly became popular as Shaina in ‘Kaahin Kissii Roz’. The doe-eyed beauty will play a Bengali character in ‘Ek Thi Naayika’.

Kritika Kaamra got her break as Arohi Sharma in ‘Kitani Mohabbat Hai’ and will play a Punjabi ‘kudi’ from Chandigarh. 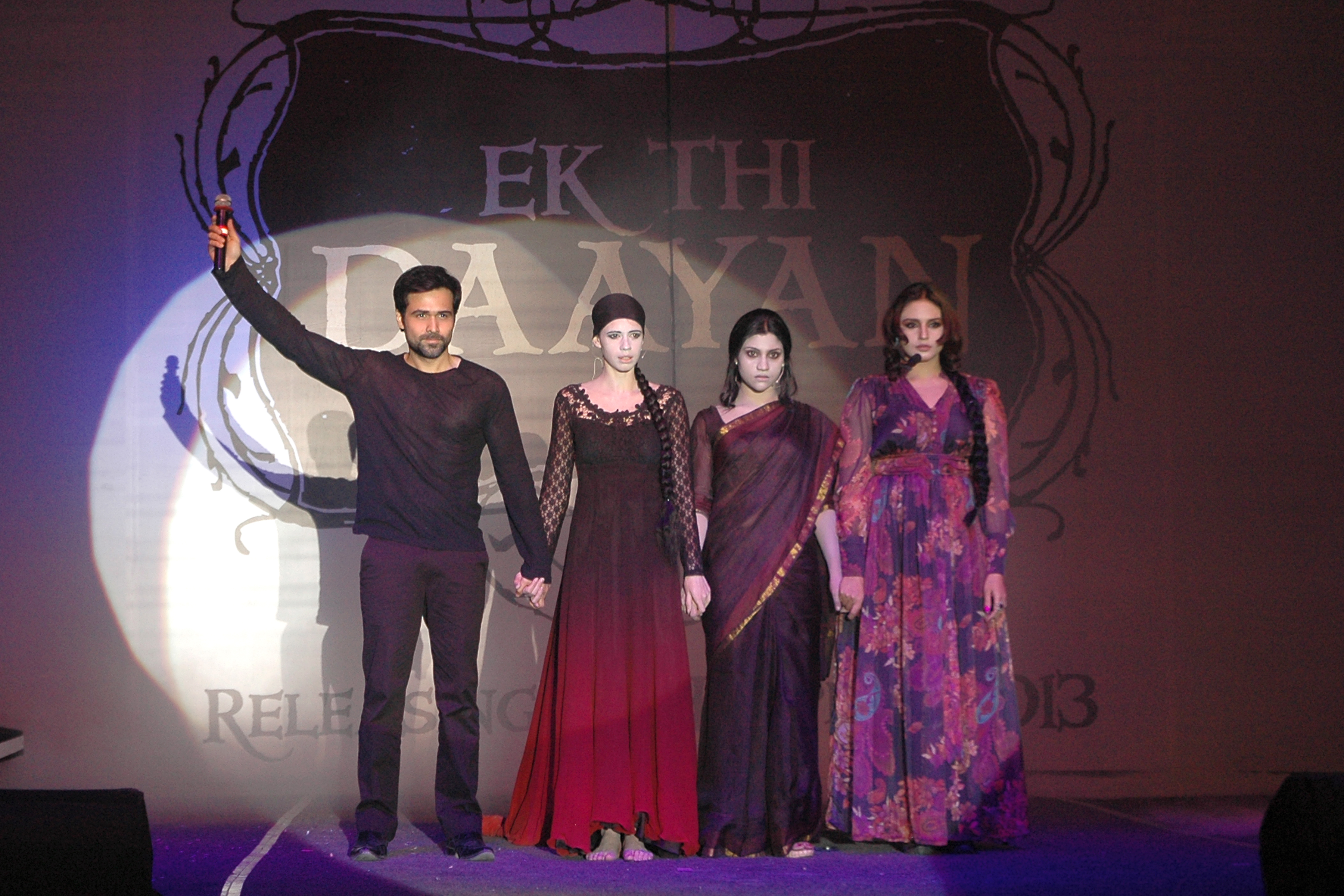 In a unique mother of all promotional tie-ups for its keenly awaited supernatural thriller ‘Ek Thi Daayan’ (co-produced by Vishal Bhardwaj), Balaji Motion Pictures is creating a mega-series titled ‘Ek Thi Naayika’, which will feature the television industry’s top most actresses, coming together for the first time, in a thrilling and spooky series based on the ‘daayan’ characters in the forthcoming film.

The series will commence from March 9 and air every Saturday and Sunday at 11pm on Life OK channel. The high profile 16-episode series will also feature characters from ‘Ek Thi Daayan’, including an appearance by Emraan Hashmi. Aamna Sharief appeared as the main protagonist in ‘Kahiin To Hoga’ will be seen with her same soft disposition as a Muslim protagonist from the U.P. Shweta Tiwari was the most talked about actress in ‘Kasauti Zindagi Kay’.  With her stern gaze and limpid eyes she went on to appear in many more television shows in addition to featuring in Bhojpuri movies.  She also won the Big Boss Season 5.  She will appear as a U.P. girl in ‘Ek Thi Naayika’.

Ankita Lokhande with her soft demeanor won the heart of millions as Archana in ‘Pavitra Rishta’. She will now be seen in the Daayan series as a Maharashtrian girl.The demure and beautiful Pooja Gaur also known for ‘Kitni Mohabbat Hai’ will play a Delhi girl. Her serial ‘Pratigya’ was also instrumental in catapulting her to fame.

“This is the first time ever that the biggest household names of television have come together to participate in a high-concept fictional series oriented at promoting a forthcoming film. This is creative marketing at its best!”

EK THI NAAYIKA AIRS ON LIFE OK FROM 9TH MARCH EVERY SATURDAY AND SUNDAY AT 11:00PM!