In an innovative twist, Chashme Baddoor has gone all out and got youth to launch the music of the film in an exclusive event held yesterday at Infiniti Mall, Mumbai. 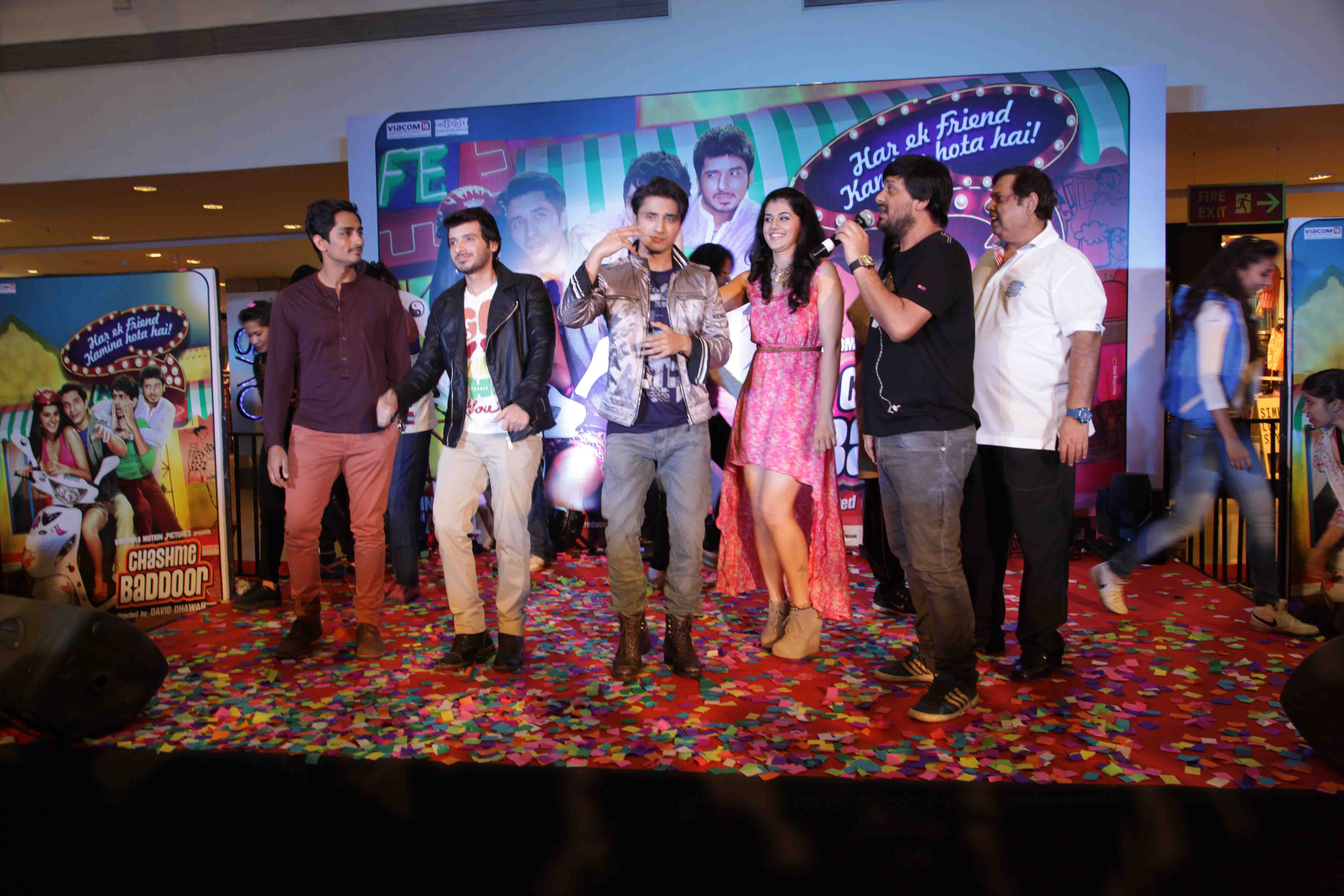 The event, hosted by RJ Malishka, began with a quirky dance number to the tunes of all the Chashme Baddoor songs and choreographed by none other than Ganesh Acharya himself. This was followed by the entire star cast – David Dhawan, Ali Zafar, Siddharth, Divyendu, music composers Sajid-Wajid and choreographer Ganesh Acharya making a grand entry to hundreds of screaming fans, chanting the film’s tagline – Har Ek Friend Kamina Hota Hai! 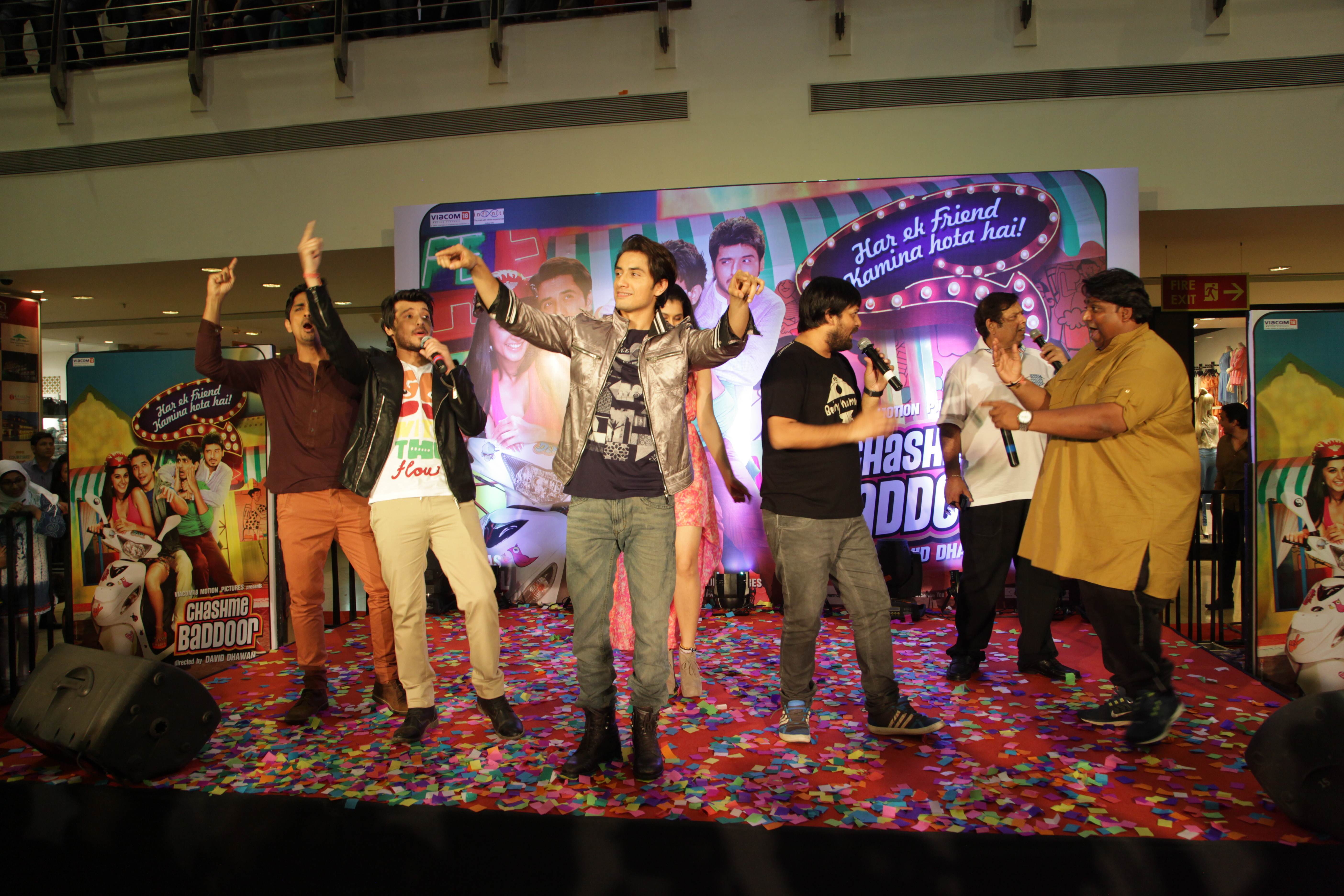 Moving away from the tried and tested means, the music was launched by four youngsters along with the star cast of the film. As the film director, David Dhawan said,

“This is a film for the youth and it is only right that the music be launched by the youth.” 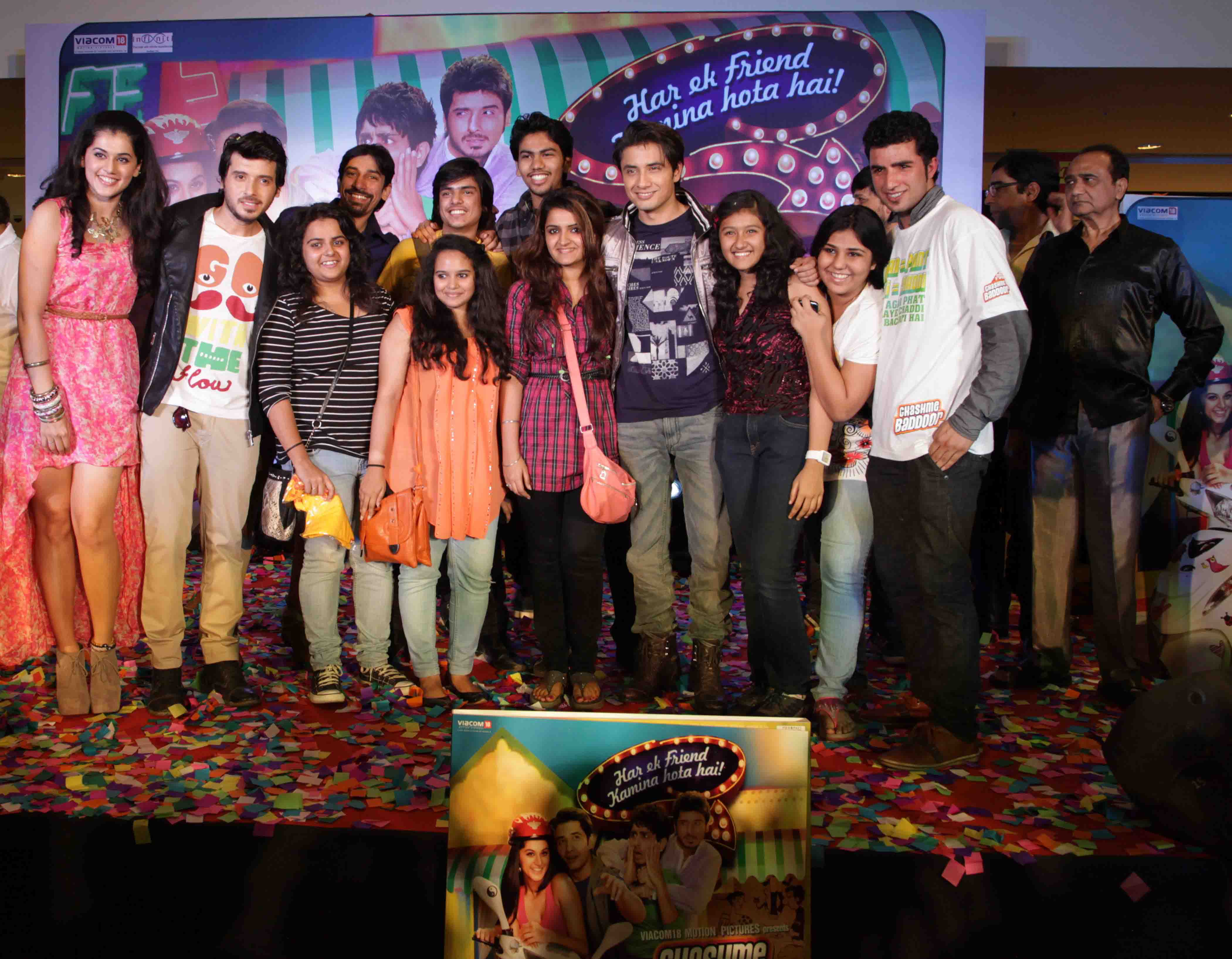 Incidentally all the four lucky fans were the winners of a contest held on Chashme Baddoor’s social media platforms. The music of the film is going to be an assured rage among fans with its catchy beats, quirky lyrics and foot-tapping melody. As an added cherry to the cake, Chashme Baddoor even has a number sung by Ali Zafar himself. 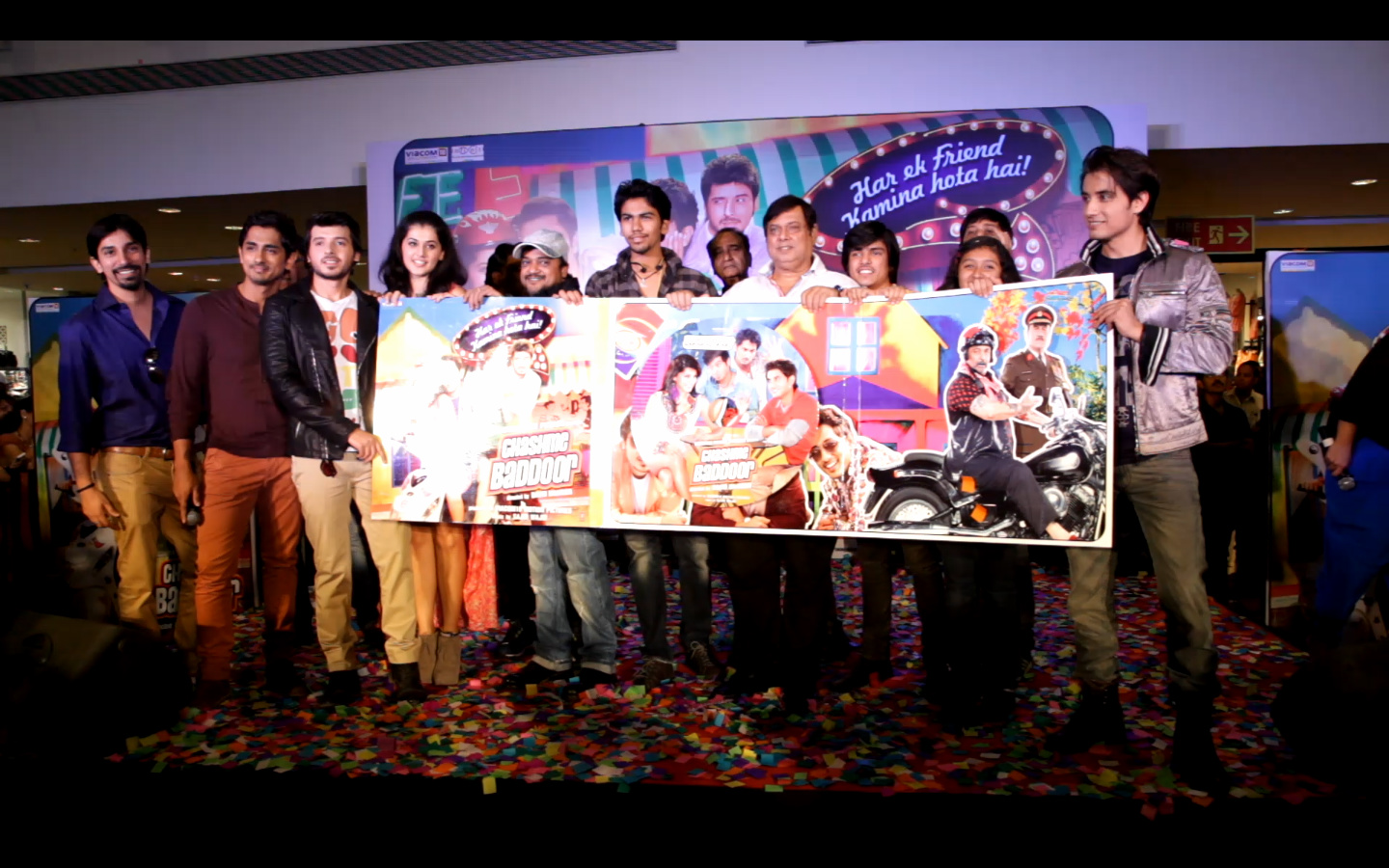 Keep it locked to Urban Asian as we bring you the latest scoop on this film!