With Canada Day right around the corner, A-SLAM has a birthday present for the masses to get the dance floor bumping with new beats, and a dynamic collaboration! The local DJ and Juno and GIMA nominated producer, announced the release of his new smash single “Go It’s Your Birthday!” in honor of Canada’s 145th Birthday! 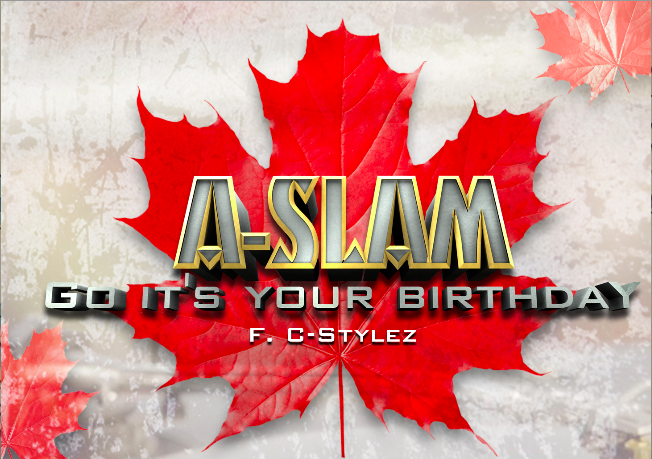 Featured on the track is award winner Dj C-Stylez who has opened for heavyweights like The Black Eyed Peas, and T-Pain. The upbeat and radio friendly track was debuted in front of 40 000 people for the Prince and Princess’s visit to the capital. The lyrics of the song provide an insight into the various Zodiac signs with an upbeat, party vibe to let loose and enjoy!

The multi-faceted styles of A-SLAM, have landed him in various realms of the music industry from live performance, to electronic shows, and production. He’s a seasoned pro who has toured nightclubs, and music festivals in five countries around the world.

“It was an honor to perform during Prince William and Kate Middleton’s visit.  The energy for Canada Day in Ottawa is unbelievable, so I’m hoping this new song will spread that vibe across the country,” said A-SLAM when asked about the new single.

Check out the track and let us know what you think!

Most recently A-SLAM was selected in the Top 20 for Vancouver’s Voice of the Cellar that will begin in the end of June, with his performance on June 27. A-SLAM’s highly anticipated début album “Back Down” releases this summer just in time for beach parties, summer club nights, and high-energy dance anthems, be sure to catch it! Keep up with A-SLAM on his site!