The gorgeous actress showed off her comedy skills as Nimmo on the show “Kya Hoga Nimmo Ka,” so we expect some great comedy from Sanjeeda on “Hi Padosi!” as well. The show, set to air at 7:30pm on January 24th, will also star Kader Khan, Muni Jha, Sejal Shah and Neelu Kohli. A fresh face, Giriraj, will play the male lead a punjabi hero. Rashmi Desai was supposed to play the bubbly, spunky, modern Gujrati girl but she opted out because she couldn’t coordinate dates with the production house. 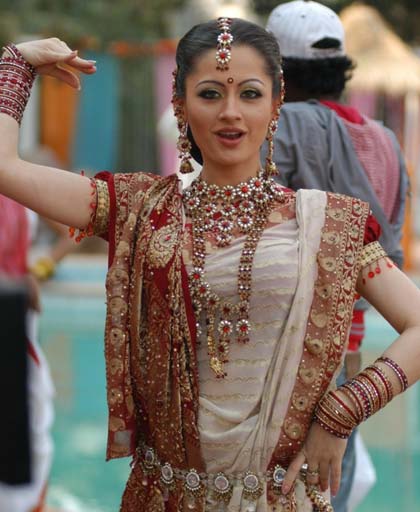 “This is one role that I was looking for after ‘Kya Hoga Nimmo Ka.’  This is a romcom, and I am excited to play this character,” said Sanjeeda. “She is a very young girl and probably the ‘one’ girl on the channel who will pose a stylized look.”