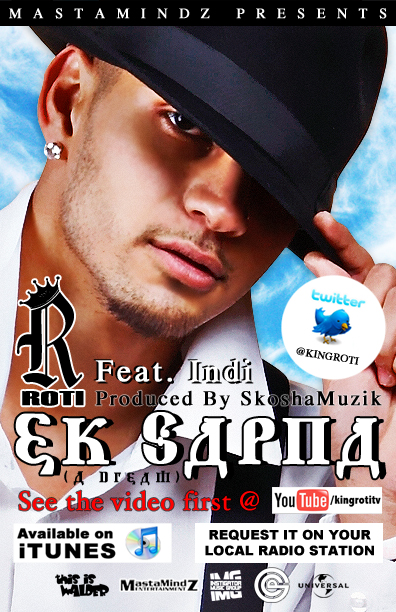 The official music video to Canadian singer King Roti’s much awaited new single “Ek Sapna” featuring Indi is finally out! The music video tells a story which makes it interesting and the bits and pieces of desi-ness in the video adds a little comedy (like the random rickshaw, like seriously King Roti? What’s a rickshaw doing there?)

King Roti’s first desi track, “Ek Sapna,” is a collaboration with Indi, the latest singer to join the Mastermindz Entertainment company. King Roti speaks highly of the talented new singer and even told Urban Asian that there might be more collaborations in the future. If you want find out more and download the track check out our previous post on King Roti!

Don’t forget to let us know what you think of the video too!