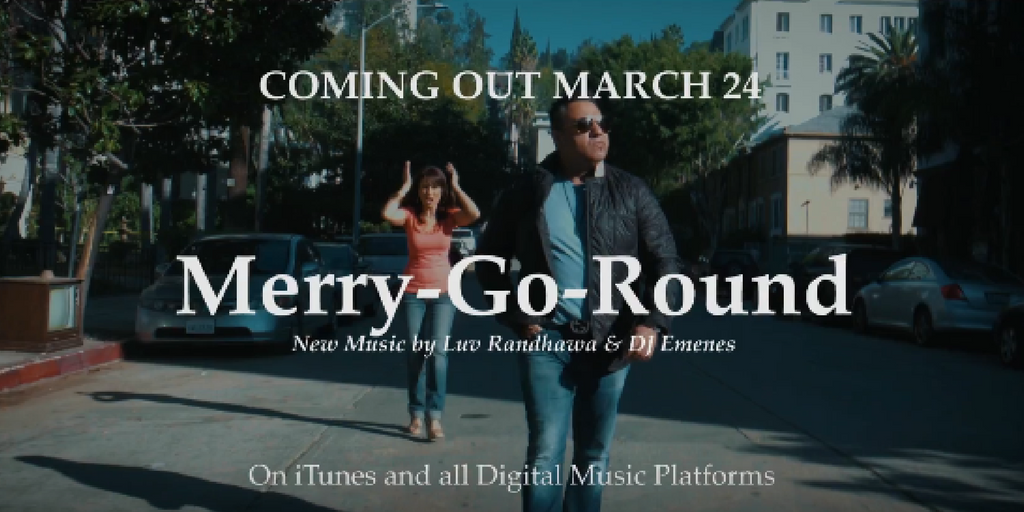 Luv Randhawa, known for his bhangra music across all the globe, is all set to release his brand new single titled ‘Merry Go Round’. This is a new side to the high energetic performer which you haven’t seen before.

You all probably remember him for his debut solo hit, ‘Livin’ it Up’; going on from there Luv has collaborated with a number of huge North American artistes. With lots of big releases under his belt, ‘Dhol Te’ Ft. Raju Johal, Inder Kooner and Gagan Sharma and produced by Nick Chowlia , as well as a debut solo album called ‘This Side Of Love’ and ‘Kichaay Selfie Kudi’ with Harj Nagra.

For the track ‘Merry Go Round’, he has teamed up with multi-talented, music producer and radio host – DJ Emenes from MIB Roadshow. Massively recognised for his fusion remixes worldwide, Emenes puts his own stamp on the new single. Luv describes the lyrics in the new track as meaningful and mentions:

“In life you should always walk to your own beat, not the vibe of a merry go round!”

‘Merry Go Round’ brings a whole new rhythmic soulful vibe. There is a lot more music coming from this duo real soon!

‘Merry Go Round’ will release on 24th March 2017 on all major digital stores worldwide.

Check out the teaser: