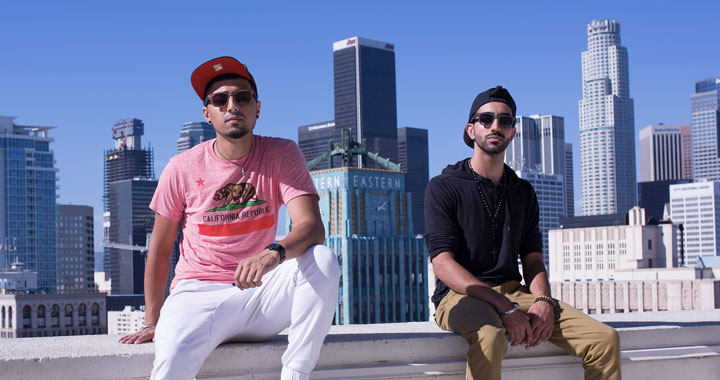 The duo have dedicated their efforts to reinvent the monotonous sound of the South Asian industry (hence the name “New Era”) and proud to be the first of their kind. They are currently in Los Angeles finalizing the 10-track album that is set to be released for FREE later this month. The record is anticipated to cross cultural boundaries that no other South Asian artists have done to date. Executively produced by Urban Asian, “New Era” features the sounds of Mickey Singh, FatehDOE, Zeshan, Jasmine Kara and more.

When asked about the inspiration behind the single:

As an artist, we have many inspirations that can fuel creativity, but nothing is more inspiring than seeing the fans have fun to our creations. After the response of “Double Addi” a year ago, we realized the people want more of this fun, upbeat fusion style. We had to accompany “Tonight” with a video that would be appealing, entertaining, and memorable, so we decided to showcase a weekend full of fun with the “New Era” crew. – Pranna and Amar Sandhu

A message to the fans:

By releasing the video for “Tonight” before the album drops, we want to show the new direction and versatility we are going after; to give the fans a taste of what’s to come. After three years of crafting each and every song we are excited to welcome you to a “New Era.”