Madhuri Dixit-Nene gracefully flaunting classical dance moves in Dedh Ishqiya’s song, ‘Hamari Atariya’, has got the whole nation eagerly waiting to see the diva in the film. Since the day of the launch of Dedh Ishqiya on Facebook, the team has been bombarded with all kinds of requests from fans, ranging from wanting to meet her to more behind the scenes footage, and sharing all their fan art with the breathtaking beauty herself. This fan following and dedication inspired the makers of the film to have a competition to see who was the most enthusiastic of them all. The digital world has been set abuzz with Madhuri’s fans devotedly competing for the title of ‘Sabse Bada Deewana’. 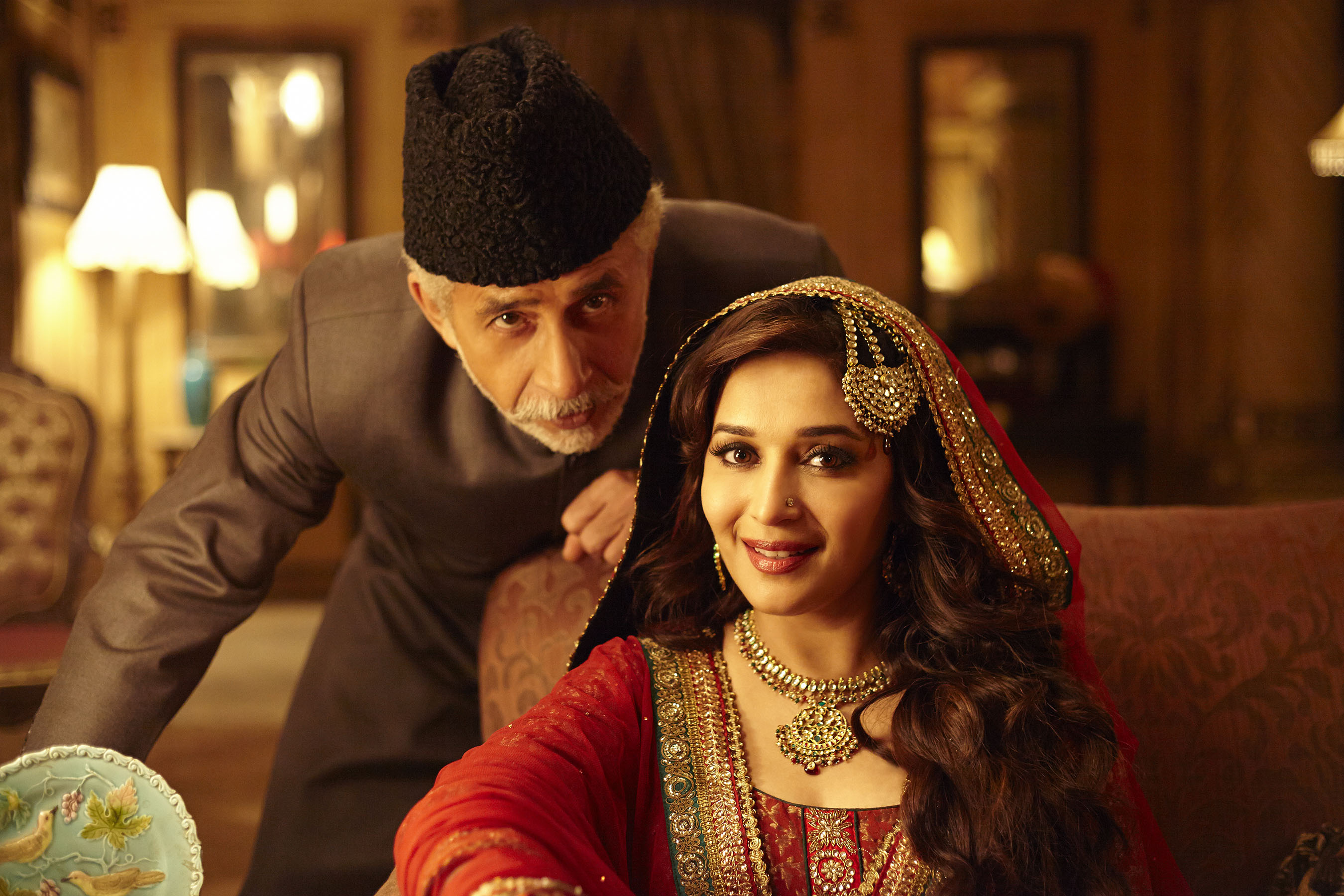 The application ‘Sabse Bada Deewana’ has been hosted on Dedh Ishqiya’s official Facebook page and is a hit among the fans. Ardent movie lovers have been excitedly liking, sharing and posting comments, and expressing their enthusiasm to watch their favorite actress set the screen on fire. The app allows the users to post their personalized fan art. The response to this has been spectacular with more than 1200 fan arts of Madhuri and over 500 Shayaris by the fans, all to win a chance to meet their favorite actress in person.

Are you Madhuri’s ‘Sabse Bada Deewana?’