Just Because You Can’t See It, Doesn’t Mean It’s Not There:  A Checklist of Your Allyship With The Movement, ‘Black Lives Matter’

Over the last few weeks, America has experienced manifested anger and rage due to the brutal murder of George Floyd. This example of police brutality has not been the only one in recent years, however. As the black community in America has historically been put under scrutiny, the patience levels within the black community have drastically plummeted. And rightfully so. As protests and marches sweep the streets, the intensity of outrage has forced itself among particular citizens to take out their frustrations by destroying some of the infrastructure built within those cities. These extreme actions have resulted in local businesses getting burnt, looted, and vandalized. As extreme and harmful these actions are toward growing cities in America, it shouldn’t mask the true purpose and message behind the marches and protests against discriminatory violence in The United States. The cries and clamor behind the “Black Lives Matter Movement”, is the sole truth that being part of the black community in America puts black citizens in an inequitable position of racial discrimination. However, as young and elderly Americans take to the streets to say enough is enough about this unjustification between the white and black communities in America, the question arises as to how can you help to take down the bars behind those people who have been constantly been put as lesser than. What can you do right now to put your foot down as an ally of the “Black Lives Matter Movement”? 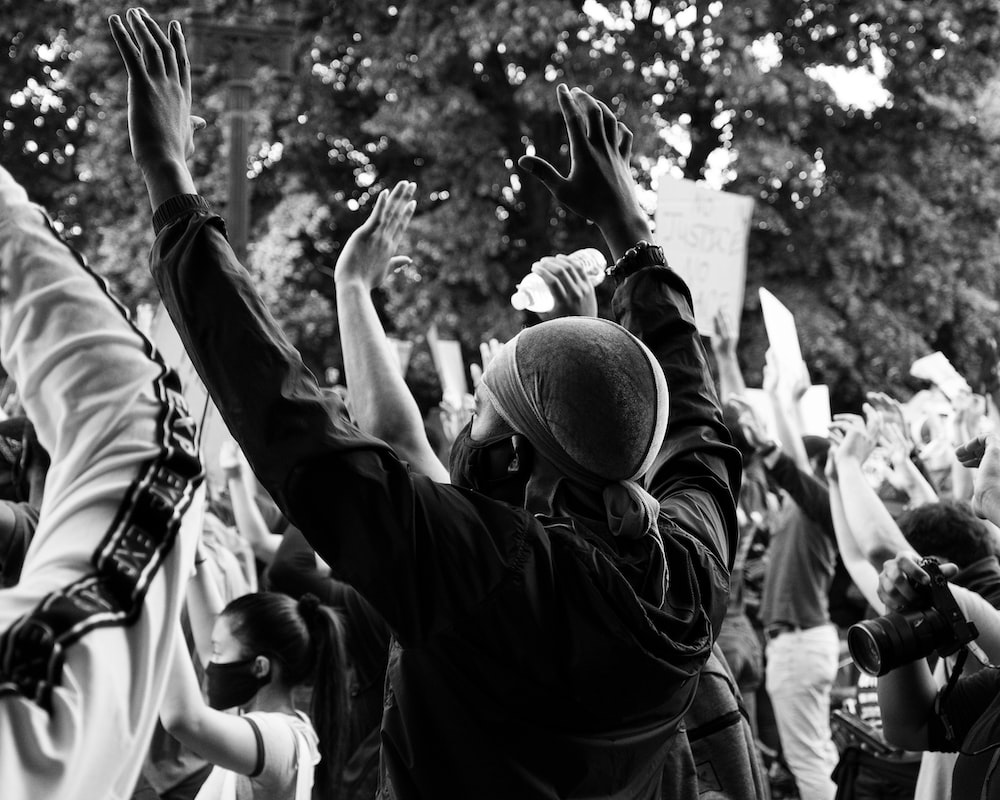 Photo by Koshu Kunii on Unsplash

The first step to becoming more aware and expressive about your stance on the Black Lives Matter movement is to understand your privilege and your position in the society’s pyramid of opportunity. You need to ask yourself questions on whether or not you have had to deal with society’s worst side. Have you had to deal with racial slurs being targeted toward you? Have you ever had to put your head down while your classmates would boastfully raise their heads tall as opportunities come your way? Have you felt threatened for your life just by walking on the street? Has violence played a major role in the way you’ve grown up because of the economic dysfunctionality of your neighborhood? Have you had to constantly prove yourself innocent even when you never committed a crime? The chances of being part of the black community in America and not experiencing at least one of these five things are unfortunately extremely improbable. The unjust acts committed on the black community in the United States is unquestionably disgraceful. Knowing that if you live in an indisputably sought after or wealthy neighborhood, should give you some insight into your privilege. Knowing that if you’ve never had to deal with continual racist slurs thrown at you should give you some insight into your privilege. Knowing that you never had an opportunity turned down for you simply because of your race, should give you some insight into your privilege. Being aware that you have power because of your privilege should guide you in a direction to make a change.

Ladies and gentlemen, check your privilege, won’t you?

It’s bad enough to only bring attention to an earth-shattering issue, only because your friend Billy Bob tagged you in their Instagram story along with ten other people, but to solely post that thread, and then stay silent after, is borderline out of the line. By committing such a heinous crime, you are not only discounting the importance and relevance of this matter, but you are not helping or supporting the movement, at all. By posting those threads, you don’t donate any money to foundations actually making a difference, you are not representing your PERSONAL message as an ally of the ‘Black Lives Matter Movement’, and most importantly your post will disappear within 24 hours and so will your willingness to become involved in supporting and being a part of The Black Lives Matter movement. Don’t post a black screen to then just immediately post a picture of you and your friends hanging out a jeep. It’s not a license to forget.

Please, do yourself a favor and spare your dignity, don’t post a tagged black screen.

Talk To Each Other

To simply put it, talk to your friends and family! By talking and expressing your grief, anger, and passion to eliminate dated racial injustices, you can expand, and broaden your mind by discussing and listening to the opinions from the people you hold closest. Being aware that you don’t have to start making a change on a large scale, you can always start small, is important. It can keep you motivated, and it can help you make a long-lasting change among your peers. Your voice and your opinion matters. So talk to your friends, post your worthwhile words on twitter, initiate dinner time conversations with your family (even when talking to the super conservative ones, maybe you could change their close-mindedness?) A crucial component to creating a long-lasting change within our communities is by gathering all our voices and words to get our point across. Vocalizing your discontent with the society’s willingness to accept racial bias, is important! Use your platform.

Maybe try a chai conversation with your conservative aunty to get your point across!

Maybe, instead of going to the beach with ten of your other friends, you could hop onto your computer and donate a few dollars to organizations supporting the families of victims of police brutality and racially motivated murders, organizations that help to rebuild cities and towns where major damage to businesses caused by violent protesters, organizations helping front liners in protests, or go fund me for bail of those unrightfully incarcerated because of protests, and many more organizations that are trying to get bills passed that enforce harsher punishment to those committing racially motivated crimes. There are so many options and ways to improve the world around us, start by contributing even the little you can offer to foundations making it their priority to improve the lives of underprivileged communities in America.

Maybe use some of grandma’s Christmas money into something other than new clothes or video games?

As our world surges into a state of division and uncertainty our patience and ability to pay attention to small details to improve the overall state of our communities has been put under a decline. However, what would happen if we put in those extra five minutes to research where we put our money? This summer, there’s no question we’ll be investing our money in the summer essentials to prepare for the weather to come ahead, but, before we click on the ‘proceed to checkout’ button, maybe we should first understand the background behind the businesses we invest our money in. I’m talking of course about how as the recent weeks have displayed some of the few protestors more unruly sides, small businesses especially black-owned small businesses have been put under even more pressure, as they have had a harder time coping with these financially determining damages to their businesses. An important part of rebuilding our communities is to not discount the fact that some communities have a more toilsome road to recovery. Often more financially unstable communities have predominantly been occupied by black small businesses. These small businesses are important to support and aid at this time as their cash flows have unfortunately been historically smaller which causes them to climb a tremendously higher mountain than several other small businesses located in financially stable and socially well off areas of America. Being an ally of black-owned establishments is a critical paving stone in the pathway to recovery during such an arduous period. 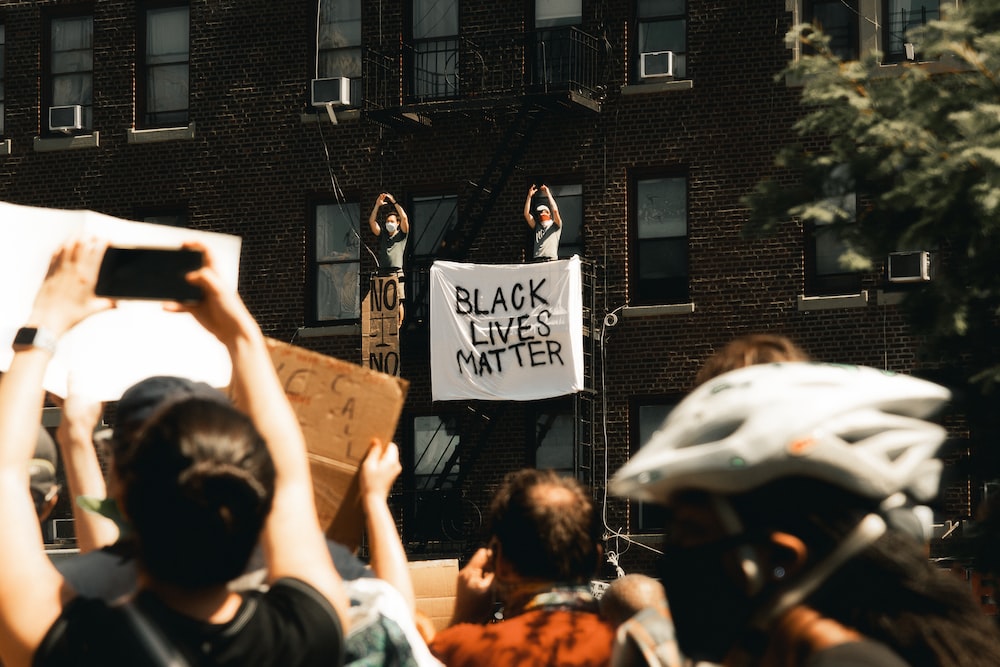 Photo by Erick Zajac on Unsplash

This is not a cookie-cutter way to live your life. If, when you turn on the television, all you see are protests and “angry” people shouting from their lungs for their cries for help and acceptance, and you’re confused why you’re seeing this now, that’s part of the main problem. This unjust civil disgrace should not only exist in your reality if it’s displayed on your television screen, but it’s also always been there bellowing underneath the enormous growl of this racially motivated and patriarchal country. We never put the spotlight on it. Enough is enough. We will scream for justice until we can’t breathe.
Please follow and like us:

Hi, I'm Medha!
I'm a student journalist, passionate to get my voice heard on subjects that matter to our society, our community, and to us.
Contact Me!
Email: medha@urbanasian.com
Instagram: @medha_gollamudi