The first ‘Tubelight’ poster is here, and it features a very cute Salman Khan as he throws a salute.

With the backdrop of war, clad in a sweater on shirt and shoes around his neck, Salman once again seems to be playing a very innocent character in the much-awaited movie.

Check out the poster here: 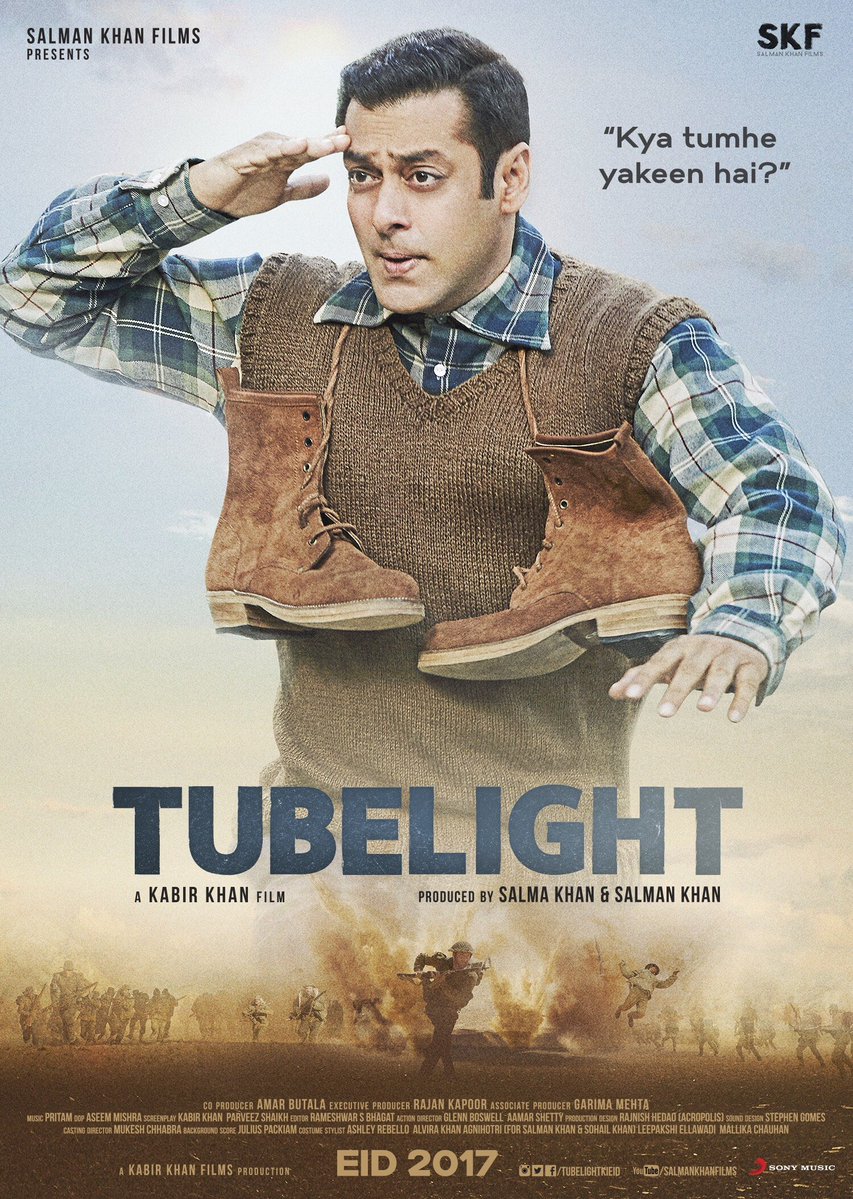