The very successful producer Rajan Shahi (often referred as Subhash Ghai of television) has some big plans for his show Yeh Rishta Kya Kehlata Hai on Star Plus. The lead actors of the show, Kartik and Naira, are getting married in a grand setup in Bikaner. Talking to us, Rajan elaborates his plans about the wedding on television’s longest running show. Read on to see what he has to say. 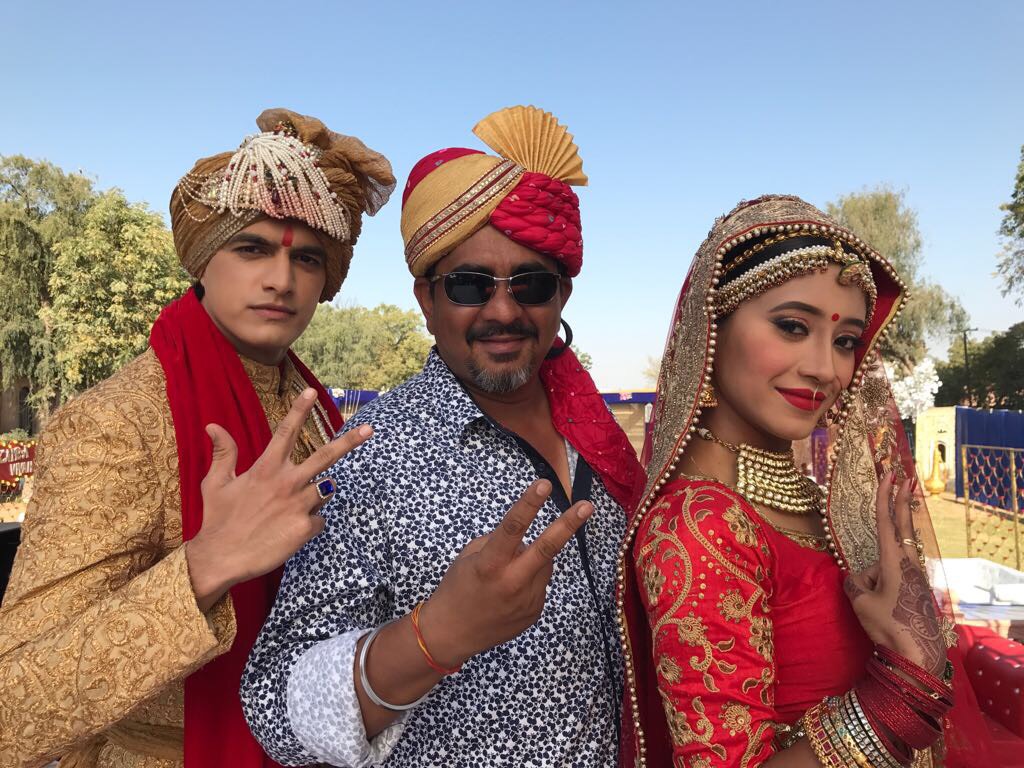 Why did you choose Bikaner as the venue for the wedding?

For the last few years, we have been doing a lot of international outdoor shoots. In fact, we visited Cape Town, Switzerland, Bangkok and Hong Kong so this time we thought why not a destination wedding in our own country and why not in the state in which the show belongs from which is Rajasthan. Being rich in culture and heritage, we thought instead of traveling abroad or going anywhere out, the destination wedding should be done in our own hometown, in our own country, that’s why the destination was chosen as Rajasthan from where the show belongs.

What are the different places where you shot at?

We are shooting the wedding at the Lal Kila Palace, Bikaner. We have taken the entire palace. The last 15 days schedule, which is one of the longest schedules on the show, has 28 actors. What’s best is the unity among the crew; from the technicians to all the actors. They are all staying together and the whole atmosphere here is as if it is a real wedding happening, because it has all the excitement and energy. The entire team gets up early in the morning for the shoot and continue throughout the day,.

There is a lot of buzz about the marriage in terms of detailing. What are your thoughts on that?

I think Yeh Rishta Kya Kehlata Hai is a show about marriages, festivals and more. And, after the successful and acceptance of the audiences, we decided to make ‘Kaira’s‘ (Kartik and Naira) marriage more interesting. There is a lot of flavor in the marriage. There is laughter, there is fun along with drama and a lot of twist and turns. Then, there is, there are a lot of song and dance sequences as well. So, it’s a huge mixture of emotion associated with every Indian wedding. The wedding telecast is been running since two months.

Isn’t it difficult to sustain the marriage for two months?

I think when you see the results, including everything that the unit has gone through in terms of the hard work, it feels worth doing it. And the novelties are that Yeh Rishta Kya Kehlata Hai has a beautiful track which sets the tune of the show. A new, special song, too, has been recorded for the couple ‘Kaira’ besides two other new songs which have been recorded specifically for the show. I must give a lot of credit and thanks to the entire team and the creatives and everyone who have really created something special. I also want to thank the art directors and the people who worked hard for the entire look, especially the costume and jewelry.

The ratings are very high and it’s among one of the most talked shows as well as one of the longest running ones. Comment?

Every channel asks me how I manage to get back the freshness in the show. I think the credit also goes to our entire creative team because we feel they are very fresh and charged at heart. For short term games, we have never spiced up our stories for high points. We have focused on our organic, normal flow of the story and we aren’t really bothered about giving an unnecessary hype, drama and not have we tried to either.