I’ll be completely honest with you: defending Kangana Ranaut is not the feminist hill I want to die on. 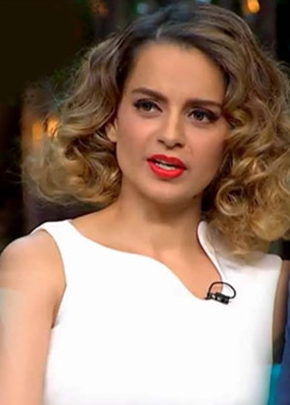 There are a lot of gendered issues women in the film industry face, from exploitation to physical and emotional abuse, from ageism to impossible-to-reach beauty standards. What these women experience is merely a more dressed up version of what the average woman experiences every day in our society, and if we can learn anything from the sordid tales that come out of the entertainment industry, it’s that no matter how rich and beautiful and privileged you are, you’re still vulnerable to misogyny and gender-based discrimination.

And there’s no doubting the fact that, like make other women who have made their way into show business, Kangana Ranaut has also had to face this type of abuse and misogyny. As a teenager, she came to Mumbai and quickly got into a relationship with the much older and very-much-married Aditya Pancholi, a relationship plagued with abuse allegations and an undeniable power imbalance between the two parties. Against all odds, the incredibly talented Ms. Ranaut clawed her way to success in an industry that is notoriously unkind to outsiders. Today, she has three National Awards under her belt, and a film lineup any actress would envy.

So that qualifies her as a feminist role model, right? Eh…not really.

At some point, Kangana Ranaut stopped being a vulnerable country girl new to the industry and became an adult woman who makes very questionable decisions in her personal life and, when they backfire, uses feminism as a defense for what is certainly “un-feminist” behavior. A teenage girl’s affair with one married man can be forgiven, since she was young and he most certainly should have known better. But that doesn’t excuse the personal and professional hot water she found herself in when she–allegedly–decided to become involved with other married men like Ajay Devgan and Hrithik Roshan. While there is no excuse for men breaking the vows they make to their wives, as women, we also have no excuse for hurting each other by helping them do it. There’s nothing feminist or empowering about being the other woman, and when the affair ends and battle lines are drawn, it’s more than a little self-serving to invoke feminism when your personal life muddies the waters of your professional life. As Kangana well knows, surviving in show business is about who you know just as much as it is about what you can do onscreen. And when you manage to anger almost everyone you know because of decisions you’ve made of your own free will, you can hardly be surprised that it comes with professional complications.

That’s why the fallout over Karan Johar’s recent comments about Kangana Ranaut ring so hollow. At a sit-down with film journalist Anupama Chopra, Karan was recorded saying, “I’m done with Kangana playing the woman card and the victim card. I’m done!” The director and producer went on to say that if she hates the film industry so much, no one is forcing her to stay.

The bad blood between the two of them stems from Kangana’s recent appearance on Karan’s celebrity talk show Koffee with Karan, where Kangana referred to Karan as the “flag-bearer of nepotism” and the head honcho of the “Bollywood mafia”. To be clear, Kangana was not entirely wrong about Karan: he has done more for most star kids than their own parents have, and if you looked up “Bollywood elitism” in a dictionary somewhere, Karan’s likeness would certainly be there. But Kangana spoke her piece, unedited, on Koffee with Karan, and to Karan’s credit, he took the criticism in stride. However, when social media and news outlets began to laud Kangana as the triumphant underdog in the face of Karan’s evil nepotistic mafia don persona, the talk show host seemed more than a little fed up, thus sparking his outburst in front of an audience of students at the London School of Economics’ India Forum.

And now, on what is ironically the eve of International Women’s Day, the Karan-Kangana feud has sparked a host of thinkpieces either positing him as an elitist misogynistic bully, or her as a faux feminist and perpetual victim. Adding one more thinkpiece to the pile (because at this point, one more shout into the void can’t hurt), I would like to make a proposal: that the accusations against both Kangana and Karan are pretty on-the-nose. Karan Johar may be a flag-bearer of nepotism…but that doesn’t make what he said about Kangana playing the “woman” card any less true. 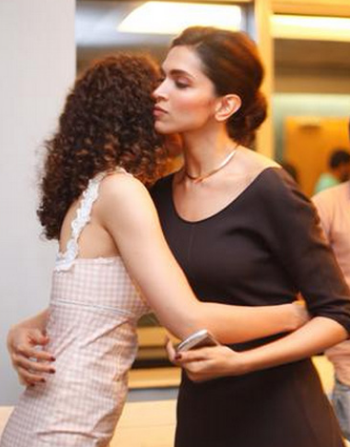 As a feminist, I cannot cosign Kangana’s constant accusations of bullying when she herself is a bully, often to other women in the industry. She positions herself as Bollywood’s anti-heroine, right in all the ways her female contemporaries are wrong. Kangana, who claims to champion the feminist cause, has delighted in taking digs at stars like Deepika Padukone and Priyanka Chopra. She has said that she can’t be compared to other actresses because, unlike them, she has “stuck to her principles and took the longer route”, and has claimed that no other actress aside from herself has shown any career growth. “Actresses are jealous of me,” she’s said. “I wish I had some competition from women,” she’s complained. Women in the industry would have to be “numb, a zombie, or dead” not to be affected by her success. Unlike her peers, she “doesn’t have to post selfies to be in the news all the time”. And despite speaking about the wage gap between men and women, she went out of her way to make sure the media knew she was being paid more than her rival, Deepika Padukone (and when the makers of the film she claimed she was receiving this paycheck for denied the news, she quickly changed her tune, saying, “How much I charge for films is no one’s business!”). None of these statements are even remotely feminist, and it would seem that her brand of feminism is most often invoked only when an issue directly affects her. And as for the other women in the industry? I guess they’re on their own. 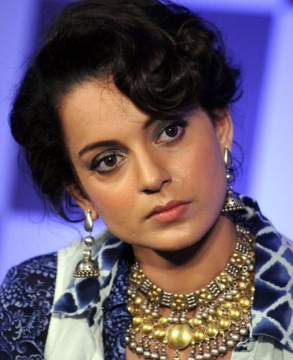 The truth is that Kangana Ranaut has been a victim. She came from a family where her gender was seen as a burden; she suffered physical abuse in a romantic relationship at a very young age; her talents were constantly undervalued because she had no godfather in a famously insular film industry. But today, she has a platform, a luxury most women are not afforded. Unfortunately, she chooses to use that platform to make snide remarks about her alleged exes, publicly humiliate her costars, and make fun of other actresses in a manner that lets us know she thinks she’s above them. As a woman, I am delighted when she does speak sensibly about women’s issues; however, I am equally disgusted when she uses feminism as an excuse to justify her own bad behavior and complete lack of tact.

They say that even a broken clock is right twice a day. I say that applies just as much to Kangana Ranaut as it does to Karan Johar. If we’re going to talk about playing the victim card, it would be nice if both of them took responsibility for their words and actions. But in Karan’s defense, I can at least admit that in the past, he’s had a sense of humor about his own shortcomings and been open to personal criticism in a way many in the industry would not be. Kangana, on the other hand, has cast blame on everyone but herself for every personal and professional misstep she’s taken. And if you think she doesn’t know exactly what she’s doing, you’re wrong. As she’s said before, “People love me so much, even when I am a psychopath, whore, witch or a cheat[…]I feel I have arrived.” As the flag-bearer of Kangana Ranaut-esque faux-feminism, it’s become increasingly apparent that she truly has arrived.