We saw her kill it in “Sultan” and we fell in love with her during her first movie “Rab Ne Bana Di Jodi” and now she is back with another killer performance in her new upcoming movie “Phillauri”. 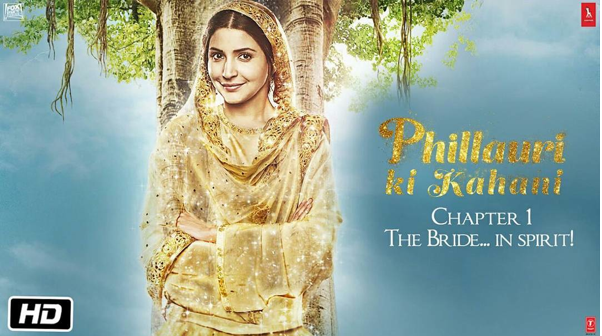 The talented Anushka Sharma plays a ghost bride in the movie and says it was fun playing a “Non-living Character”. She states,

“It was fun to play a non-living character because normally we play characters which are in the flesh and it’s boring to portray a living character in each film. You should keep doing a different thing. I think I’ve represented the ghost community well,”

When asked about what she enjoys the most, she shared,

“I enjoy both. I have realized that when I have too many responsibilities on me, I perform better. Acting and producing both are very different things. Like when I am on set I just do my job and when I am producing a film I have to collaborate with ALL, right from the inception of a film. Both are going well for me.”

Be sure to check out this film in a theater near you as it is all set to release March 24th, 2017.