International film and theater actress and Bharat Natyam dancer Pallavi Sharda has had quite an interesting career graph. Born to Indian parents in Australia, Pallavi began her love for the stage and camera at a very young age. At age 3, she fell in love with the classical Indian dance form Bharat Natyam and used it to discipline herself in various other stage related art forms such as acting. Today, she has critically acclaimed films such as ‘Lion‘ under her belt and soon will be seen alongside Vidya Balan in the much awaited ‘Begum Jaan‘. Urban Asian caught up with Pallavi in New York to discuss ‘Begum Jaan‘ and much more. Here’s what she had to say: 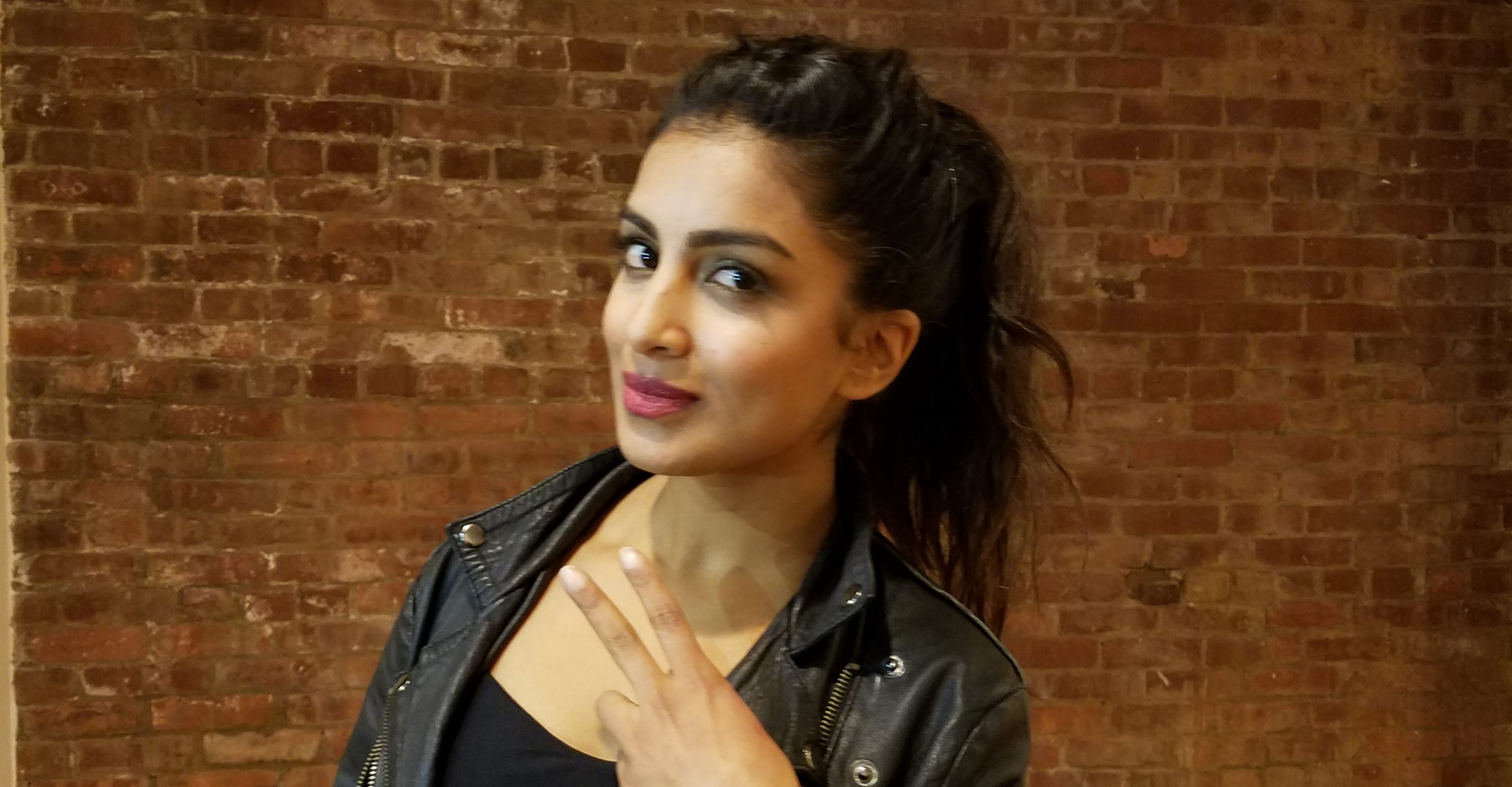 How would you describe your journey in Bollywood thus far?
My journey in Bollywood has been an interesting one. I am very fortunate to have reached where I have reached in the film industry. I dreamed of being a big Bollywood actress when I was a little girl and I guess my journey proves that dreams can come true. Initially, the journey was a difficult one but that is what shaped me. It taught me a lot about life and being an adult which is really hard.

Lion, a film you were recently a part of was nominated for the Oscars. How did that feel?
It’s always great to be a part of a film that receives acclaim and gets the viewership it deserves and ‘Lion‘ was a film just like that. I think for me to be a part of a film that told a story about cross cultural identity and a boy searching for his home was something I truly related to coming from Australia but being an Indian.

What was it like working with Dev Patel?
Dev is a lot of fun! He’s a really great guy. He had a great Australian accent which worked very hard to achieve. Goes with out saying, he’s obviously a very brilliant actor. he’s got a nomination for an academy award! But overall, he is just a very warm person to work with.

Your upcoming film ‘Begum Jaan’ is one of Bollywood’s most awaited films. Tell us a bit about that.

Wow! Bollywood’s most awaited film. I’ve been a part of a number of those and they haven’t gone so well (lol). ‘Begum Jaan‘ is a really stunning story about human triumph and a league of extraordinary women who put their life, their pride and egos aside to fight for what they believe in and I think it’s a metaphor for the way we should all be in life. We should all fight for what we believe in. I’m really grateful to be able to work with people like Vidya Balan and Naseeruddin Shah. They are just incredible actors whom I have respected and loved.

Periodic films have always been scrutinized by local audiences in India. Do you think ‘Begum Jaan’ will undergo a similar kind of scrutiny?
I think films at large are always going to be subject to scrutiny because they are meant for the public eye so whether or not you want to pin point the era, the acting, the cinematography, there will always be critics out there. I am not worried because I feel the film was made with the right intention and when a film is made with the right intention the karma of the film is always very good.

What was it like working with Vidya Balan?
Vidya is incredible. She is such an inspiration. It is humbling to work with an actress like Vidya who has worked her way up in the industry and faced her loses and overcome them with so much grace and dignity. She is one of those actresses who has been my role model in the industry so for me it really is a dream come true to be able to work with Vidya.

What according to you is the biggest difference between the way Bollywood functions and Hollywood functions?
Bollywood and Hollywood are different beasts. I think Hollywood is a much older industry, it pioneered cinema in a way. Bollywood on the other hand is a creation on it’s own. It has a different genre, a different way of working and a lot of it was based on family ties and relationships. Often times, Bollywood is about who you know and I found that very tough when I first started out. It has it’s own system in its chaos. I choose not to compare them because they are two separate entities. I will however say that I love being able to oscillate between the two and experience the best of both worlds.

Born to Indian parents, raised in Australia. How does your cross cultural world view contribute to the way you perceive the characters you portray?
Being from a multicultural background in Australia meant I had to automatically grapple with the idea of duality, different identity and heritage which essentially helps develop your skill as an actor. At home you are the Indian girl, at school you are the Aussie girl and both mean different things, different ‘acts’ if you will. Your behavior changes, your speech pattern changes, your body language changes depending on which version of yourself you are portraying so it was incredibly useful to me as an actor. I can even say that is what probably inspired me to become the actor I am today.

What is your message to your fans?
Be happy, be healthy. Take care of your health because it is really important. When you are happy and healthy, you can help others and that is what is the need of the hour for our global environment today.