Do you remember fifteen years ago sitting at the edge of your seat feeling all sorts of nervousness while watching the 2001 Aamir Khan film Lagaan? Today I had the same exact feeling while sitting in the theater fifteen years later watching his film Dangal. 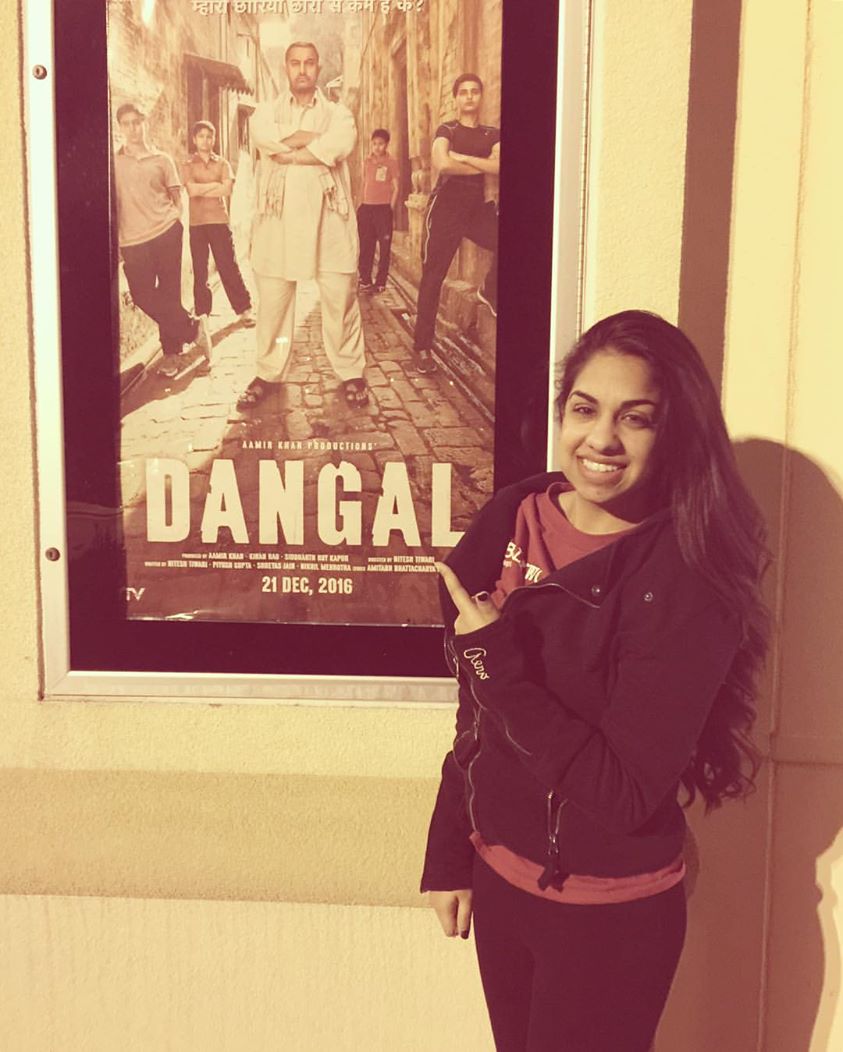 The Nitesh Tiwari directed film Dangal, was an exemplifying film for the end of the year and no doubt is definitely on of 2016’s best films.

There really is no wrong to this film, and perhaps it is just too good to be perfect. While I am not educated on the real story of Mahavir Singh Phogat, I do truly feel at least a good percentage of his life story was well depicted on-screen. Not just him, but as well as his whole family and how he turned the tables for his daughters not following the normal ‘young girls lifestyle’ and instead coming home with a gold medal with purpose.

Aamir Khan is an actor where we all have very little to say about other than just ‘wow’. His on-screen presence is unexplainable. The emotional depth he brings in his eyes and dialogue delivery is simply unattainable by any actor in acting history. His on-screen daughters didn’t lose this chance either though. Young Geeta and Babita played by Zaira Wasim and Suhani Bhatnagar stood out the most to me in the first half of the film. The two child artists did not at any point come across as though they are acting, but as if they are truly those characters. Present day Geeta and Babita played by Fatima Sania Shaikh and Sanya Malhotra; casted by Mukesh Chhabra, in the second half of the film were impactful and breathtaking to watch. Additionally Aparshakti Khurrana plays the girls cousin in the film who most definitely stood out to me. He looked so familiar that later on I realized he is Ayushman Khurrana’s cousin in real life.

The story is nothing to bring opinion to as its based on true events, but the way the story was executed on celluloid was just so smooth.There was no point where I felt the story lagged. The entire film was well balanced between entertainment, emotional stance, and the feeling of pure hope. Additionally, what helped create this balance is Aparshakti’s narration which brings the story together alongside with his added humor. What I truly love about Indian cinema is our grasp on patriotism colliding with social issues.

Dangal is moste definitely a great film to end the year of 2016 off and invites another great film on the stands alongside with many others this year.

Urban Asian’s review of Dangal is