I just got back from watching one of the most beautiful pieces of work my eyes have ever laid on. Reviewing a film like Dear Zindagi almost is impossible to do. But I feel so fortunate to be part of the generation of Indian Cinema that is bringing such films to the big screen and I am here today to watch such a film.

Gauri Shinde is a storytelling godess. Indian Cinema is well known for its elaborate commercial pieces, but what is understated is our non-commercial films like Dear Zindagi.

To define this film just a few words I’d have to say it is: simple, heart touching, and life learning. Have you ever felt frustrated over the simplest things, but couldn’t pin point the right meaning to it because it may be so little or maybe even too big to bring meaning to? That is life, and that is Dear Zindagi. The film which displays all aspects of life which ideally sounds complicating, but director Gauri Shinde simplifies it for us in the most beautiful way.

While the story itself is beautiful, so are Alia Bhatt and Shah Rukh Khan. Who would ever imagine these two to be seen on digital together? This duo has set the standards of on-screen chemistry to one of the best yet. We all are already aware of Alia Bhatt’s diversifying set of roles and remarkable talent in acting. And we all have fallen in love with Shah Rukh’s signature post a million times, but without any signature poses SRK displayed a part of himself we haven’t seen before and still looked younger and charming as ever before.

Additionally Kunal Kapoor and Ali Zafar were both seen in the film and it was refreshing to see both their faces back on the big screen. Their roles may have seemed small, but they were the most impactful to Alia’s character Kaira. Alongside I enjoyed seeing Ira Dubey in the film as well who plays the role of one of Alia’s best friends similarly to how she did in the 2010 film Aisha. Another actress in the film who stood out to me was Yashaswini Dayma who also plays the role of Alia’s best friend. It was a total treat for me to see Aditya Roy Kapur in the film! All in all, the entire ensemble cast completed the film on a whole and each actor was placed perfectly with their character.

I cannot forget to mention the cinematography of the film. Alia’s character Kaira is a professional cinematographer in the film, which as a rising filmmaker I found extremely interesting. The usual ‘artist’ profession displayed on-screen is typically an actor, model, or singer…but never the profession of a cinematographer and that to a camerawoman. Props to Gauri for this creative aspect to the film, but also props to cinematographer Laxman Utekar for capturing such divine shots and scenes of Dear Zindagi. 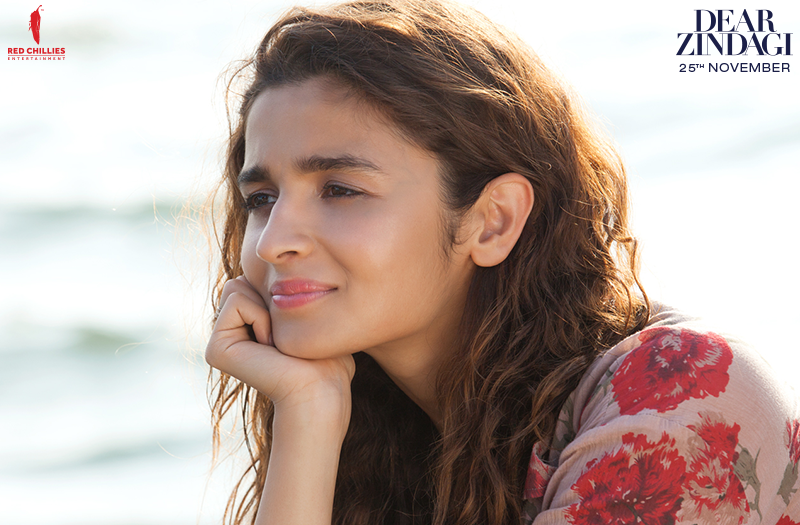 The music of the film is one of my favorites! A soundtrack which let’s you listen to everyone emotion of life. There’s no other music director who can capture such feelings other than Amit Trivedi. Tu Hi Hai and Love You Zindagi are definitely my top two favorite tracks from the film.

Whether you are into films or not, or into Indian cinema or not…Dear Zindagi should be at least that ONLY Hindi film you watch because it is just a beautiful heartwarming film to watch.

Check out my favorite track from the film, Tu Hi Hai!