After exploring family drama on television and creating a niche for himself in that space, Siddharth Kumar Tewary veered towards the mythological genre with ‘Mahabharat‘. The third edition of the epic was not only a runaway success, it also resurrected flailing careers and made many actors, stars overnight. With numerous offers to explore the genre further, the producer hit bulls-eye again with ‘Suryaputra Karn‘, the story of a tragic warrior in ‘Mahabharat‘. His USP is his  dedication to a project right from the word go, blurring the lines between a producer and creator.

‘Suryaputra Karn’ is raking in great ratings and you decide to end it. Something similar happened during your previous mythological show ‘Mahabharat’. Why would you end a show when it’s high on the ratings chart?
I believe that every story has a life of its own. Also, it’s better to end a series on a high than wait for the viewers to get  bored of watching it and move on to something else. Of course it is a business, but we didn’t start Swastik Productions with the sole aim of making money. Our passion is telling stories we believe in. We always prefer wrapping up a show when it’s time and move on to a new show. This work ethic has kept us on the edge and it ensures we keep getting better with every new project.

But isn’t is a big risk in a fluid television industry where success  ratios are low? The new one which may or may not be as successful than the previous one.

We anyways don’t always know the outcome of our actions; that’s the beauty of life. But we need to give our best to what we do and wish that the viewers like our efforts. For me, it’s like a cricket match — we could have scored a a century in our previous innings, but the next innings is on a new pitch, with a new ball and the scores are back to zero. We may not hit a century with every innings and I’m aware of that. But it’s your average that makes you a Sachin Tendulkar, a Virat Kohli or any superstar you can think of. I believe that if you continue doing what is working, you will not try something new. We  need to constantly learn and be consistent with our performance. Some things may work some and some won’t, but our intention will always be to create something that we believe in, and more importantly, are proud of. We don’t believe in repeating ourselves. 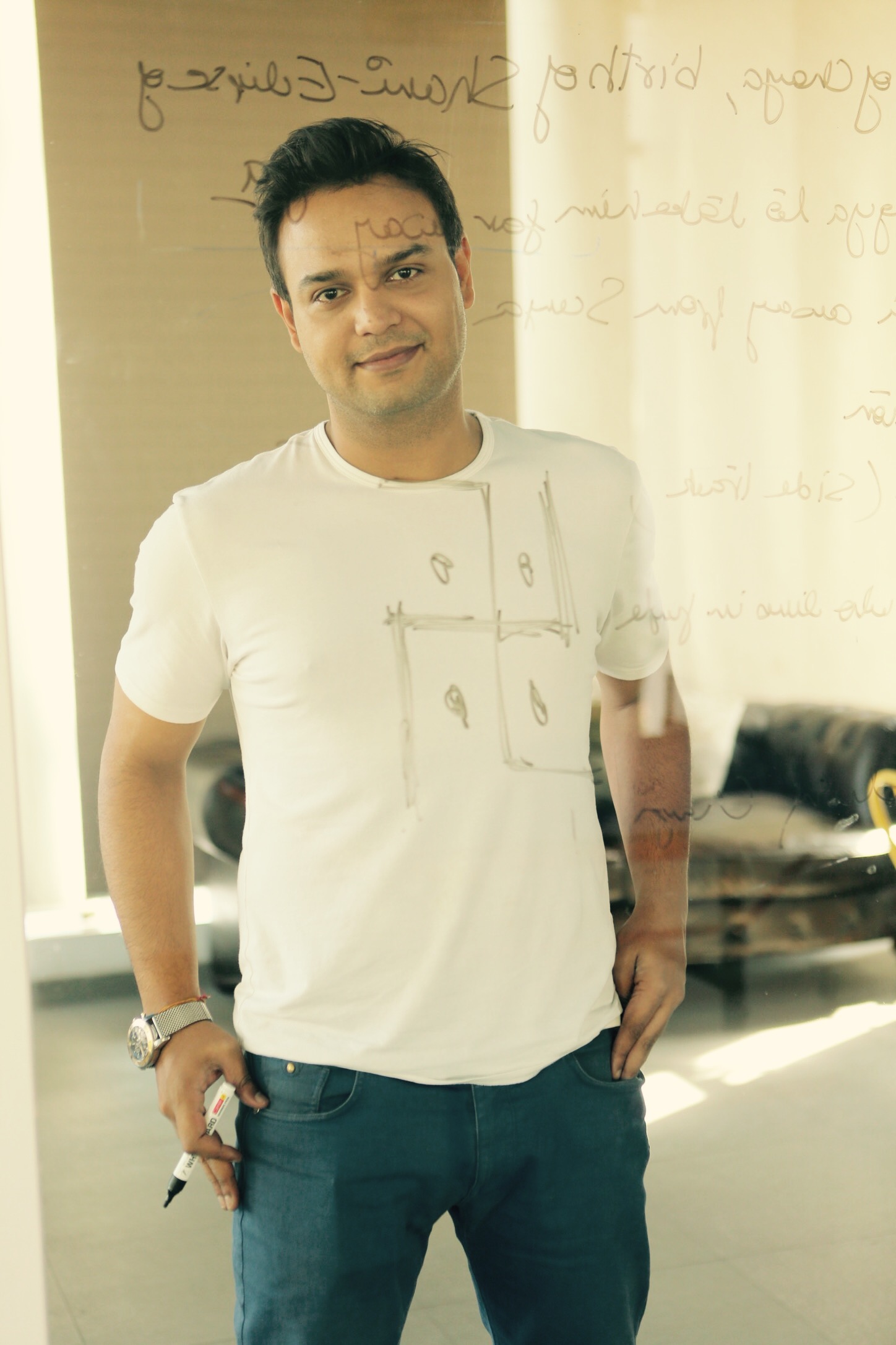 How difficult was it to make ‘Suryaputra Karn’ after tasting success  with ‘Mahabharat’?

Honestly, it was extremely difficult. I never thought I would be  making it in the first place. When Ajay Bhalwankar from Sony Entertainment Television approached me to make the show, I told him I needed some time. Making a show on Karn was quite a challenge because every incident needed to be looked at from his point of view. The  story pans out depending on how a person views the situation and that’s subjective. After Danish Khan joined the channel, he told me to go more angular creatively and that really worked for the show.

The cast of you previous show ‘Mahabharat’ was much appreciated. How challenging was it to cast for Karn, since both the show belong to the same genre?

Yes it was tough. I had to cast for legendary characters all over again, and we didn’t have much time as the show began soon after ‘Mahabharat‘ got over. Also, people still wanted me to repeat the casting from ‘Mahabharat‘, but I decided not to repeat anyone. The reason being the thought was that they are two different series and they needed to have their distinct individuality. So, having decided that, I was apprehensive on how viewers would look at these characters again. Will they accept or reject these actors? There were many questions and I agree it was a great risk, but the efforts put in by  the actors again worked for the show. The creative team, including the directors everyone worked harder on these actors as we knew we had an uphill task ahead of us.

You are considered among the most creative personalities in TV  industry today. Apart from being driven by content, you seem to understand the pulse of the audience.

I still have a long way to go. There is a lot to learn and implement in this journey called life. I tell stories keeping in mind that we are dealing with a mass medium. The subjects and the way you tell the story need to cater to a wider audience. Once these basics are sorted, it helps me in putting the right filters in the narrative structure,  casting, direction, edits, music and of course the visual design of the show. All these elements along with the support of a great team helped me create whatever I have done so far.

What can we expect next from Siddharth Kumar Tewary?

We have a couple of shows coming up. We are trying to create something new with our next big series ‘Shani‘ for Colors. I hope it works for all of us at Swastik, because we have been working on it since a long time. Apart from that, we also have ‘Radha Krishna‘ coming up. It is a beautiful series depicting the romance between Krishna and Radha. We are treating it differently than any previous mythological shows. I am certain that we will add a lot of freshness to it than what is currently seen on Indian television.