It’s been one of the most closely guarded films & sets of all time… the whole cast, the crew were committed to signing non-disclosure agreements, mobile phones, cameras being off-limits. So when news broke of hit juggernaut Rohit Shetty signing the most exciting young superstar of today, Ranveer Singh, the Internet was already on fire. Now with the first look poster and trailer launching, it’s broken the world wide web already!

The first look showcases MASSIVE sets, H-U-G-E action set pieces, and all the ingredients of an H-U-M-O-N-G-O-U-S commercial blockbuster and takes both Rohit & Ranveer into territories they’ve never explored before. Set in a dystopian future, the film is apparently an Indo-Chinese collaboration and is set to release in multiple languages globally with dubs even in several South languages.

A man of few words that he is, this is what Rohit Shetty had to say,

But a source close to the project reveals,

“This has been one of our most ambitious and exciting projects till date. It’s an international dhamaaka with a Desi dil – complete with gaana, ladki ko pataana, masaaledaar khaana and villain ko bajaana!”

The film also features South superstar Tamannaah who is being paired with Ranveer for the first time. 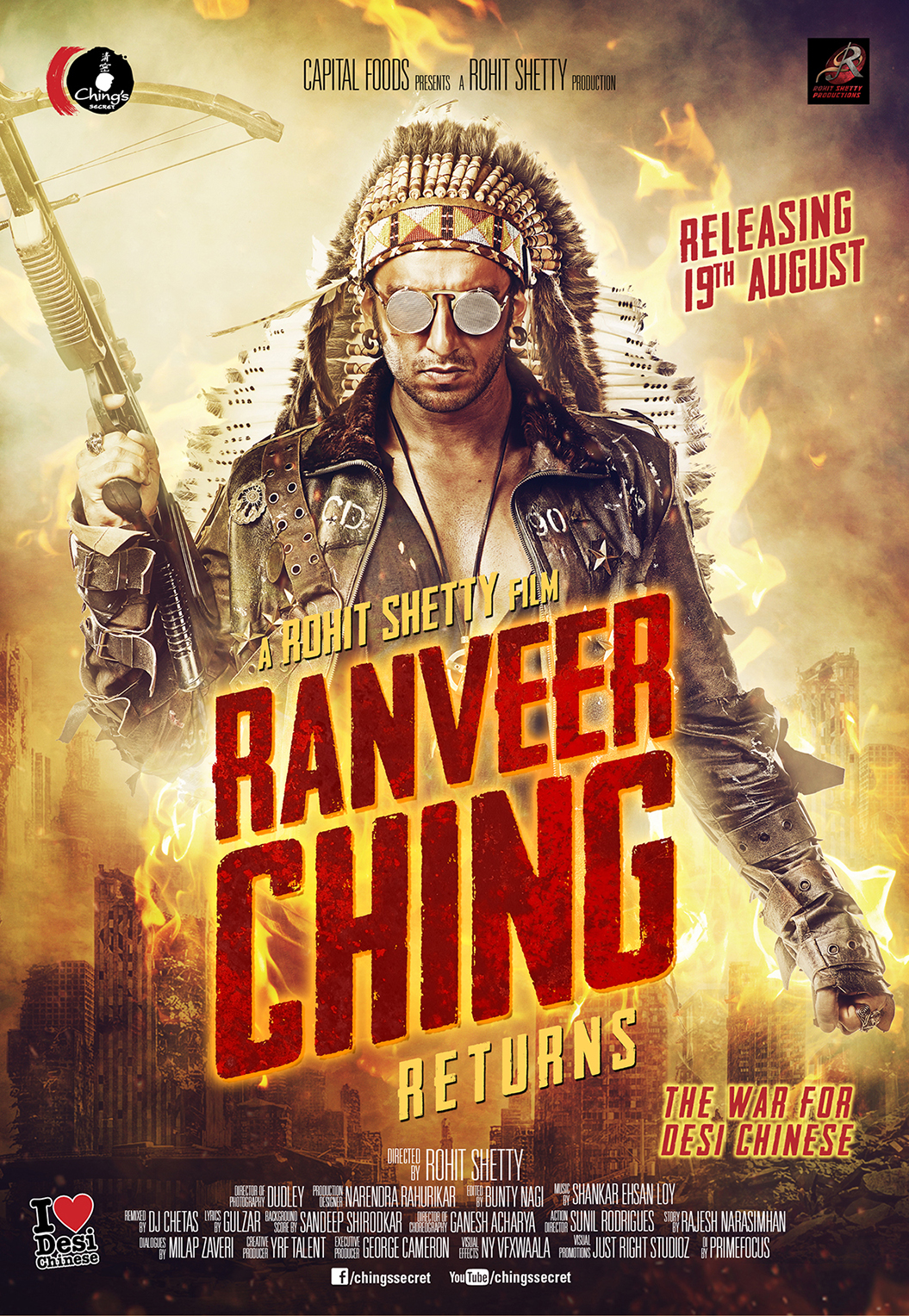 The film is scheduled to hit cinemas worldwide on August 19th, 2016. A massive premiere has been planned in Mumbai. It will be followed by a BIG digital launch and then the World Satellite premiere where apparently the Sony Television Network has already picked up exclusive rights for an undisclosed figure.